The Essure implant was marketed as providing safe and permanent birth control, but it may have also caused long-lasting injuries to women.

Description: Essure uses coils permanently inserted in the fallopian tubes to create a natural barrier against pregnancy. The birth control device is marketed as requiring no surgery and being more than 99% effective, but it is also linked to thousands of injuries and hundreds of deaths. Bayer announced they would stop sales of Essure by the end of 2018 after being hit with a flood of lawsuits alleging that the device did not perform as intended and caused them harm.

Essure—a permanent birth control device made by Bayer—has been linked to thousands of injuries and hundreds of deaths.

Since 2002, women have reported more than 25,000 Essure-related adverse events.

Since its approval in 2002, women have reported more than 25,000 Essure-related adverse events and at least 40 Essure-related deaths to the U.S. Food and Drug Administration (FDA). In 2017 alone, the FDA received 11,854 reports. These severe side effects have spawned thousands of lawsuits.

Experts have expressed concerns over the study methods used to test Essure's safety. They point out that both premarket and post-market studies do not meet the highest standards of scientific rigor. As a result, Essure use in the real world may be far more dangerous than testing indicates.

In 2016, the FDA ordered a “black box” warning to be added to Essure, but many women considered this to be too little, too late. For years, women called for Essure to be pulled from the market. In July 2018, Bayer finally announced that they would stop Essure sales by 2019.

Many women are filing lawsuits alleging that the device caused serious, permanent harm.

Considered a game-changer when it hit the market, Essure was the first device to provide women a non-surgical alternative to tubal ligation (having one's tubes tied). Conceptus, Inc. developed Essure and received FDA approval for the device in 2002. Bayer obtained the rights to Essure when it bought Conceptus in 2013.

The Essure procedure is irreversible.

Essure consists of two tiny metal coils that are inserted into the fallopian tubes through the cervix and vagina. The procedure typically takes less than an hour to complete and most patients resume full activities within a couple of days.

Over a three-month period, the coils prompt the formation of scar tissue that forms a barrier against sperm reaching the eggs. Women must use an alternative form of birth control while the scar tissue forms. Following a confirmation test to ensure the fallopian tubes are obstructed, Essure should work permanently. (The procedure is irreversible.)

According to Bayer, Essure is more than 99% effective at preventing pregnancy and safe for the vast majority of women. However, these claims have been called into question by a massive number of patient complaints, and by formal research.

What are Potential Essure Complications?

The FDA tracks drug and medical device problems through its adverse event reporting database. Manufacturers are required to report adverse events to the FDA, but patients may also report problems directly.

From Essure’s approval in November 2002 through December 31, 2017, the FDA received about 26,773 adverse event reports about the device. Reported problems included:

In addition, the FDA has received at least 40 reports of Essure-related deaths, including eight adult deaths, 20 reports of pregnancy loss, and four reports of infant death after live birth.

The FDA has also received at least 1,826 reports of pregnancies in patients using Essure. Nearly half of these resulted in pregnancy loss.

In response to Essure safety concerns, the FDA held an advisory committee meeting in September 2015. During the meeting, scientific data on Essure was discussed, experts gave their opinions on the device, women testified about their experiences with the device, and Bayer representatives answered questions from panel members.

The FDA Has Ordered Stronger Black Box Warnings For Essure

Dr. Andrea Machlitt, a Director of Risk Management at Bayer, told the panel that the company had received 17,000 adverse event reports, including 15,000 from U.S. users. The FDA revealed that in the previous three years, Essure complaints had increased by a jaw-dropping 1,400%.

According to a former FDA employee who now works as an analyst with the consulting firm Device Events, the actual number of Essure fetal deaths exceeds 300.

As reports of Essure problems increased, experts began reviewing the studies used to approve the device, as well as studies performed after approval, and found some serious flaws.

Pre-approval studies for Essure used data from 745 women followed for five years after device implantation. Those studies showed that none of the women became pregnant, with adverse events observed in 2.6% of women in one study and 9% in the other. Observed adverse events included:

Despite these side effects, FDA approved Essure based on the fact that no pregnancies were observed in the two studies. One condition of approval, however, was that post-marketing studies would need to be conducted (FDA often orders post-approval studies).

Data limitations for these trials were analyzed and addressed in a New England Journal of Medicine study, which found:

The NEJM study author writes, “Given the limitations of the relevant studies, it’s not surprising that so many years passed before safety issues with Essure were recognized. The evidence suggests that [Essure] is nether as effective nor as safe as the premarketing-approval evaluation indicated.”

Results from one of the long-awaited follow-up studies finally were published in the April 2015 issue of the Journal of Minimally Invasive Gynecology. Adverse events from the study (based on five-year follow up) included:

But because this study—like the pre-marketing studies—lacked a comparison group, it’s difficult to say whether these risks are excessive.

In contrast, third party research not funded by Bayer and not subject to the shortcomings found in other studies has produced starkly different results. For example, a 2014 study that compared Essure to laparoscopic sterilization found that the risk of pregnancy using Essure was more than 10 times greater over a 10-year period than with the traditional sterilization method.

The following year, a study published in the British Medical Journal found that one year after receiving an implant, 2.4% of Essure patients required follow-up surgery, compared to only 0.2% of women who underwent traditional sterilization surgery. Extrapolated across all U.S. Essure users, the study suggests that 150,000 American patients have required or will require additional surgery.

In an effort to “inform patients of potential risks” from Essure, in February 2016 the FDA issued a new boxed warning: the FDA’s strongest warning. The new warnings appeared in November 2016.

The FDA also ordered Bayer to conduct a new Essure post-marketing study, and proposed a “patient decision checklist” to help patients better understand the risks of Essure. As of April 2018, health care providers and facilities are legally required to provide patients with a brochure that outlines the risks of Essure implantation. Those who don't may face civil and criminal penalties.

Victims of Essure side effects may find support in the community of others who have suffered similarly. For example, one disgruntled Essure user founded the Essure Problems website and Facebook page to warn other women about the device and share her experience. The Facebook group now has more than 34,000 members.

Moreover, famed consumer advocate Erin Brockovich launched the website Essure Procedure as a place for women to share their stories and concerns about Essure, and to call for a ban of the device.

Were you Injured by Essure?

Essure users have filed thousands of lawsuits nationwide alleging that Bayer (along with Essure’s original developer, Conceptus) knew about the device's risks and intentionally withheld information about them in order to continue marketing Essure. Specific plaintiff allegations include failure to warn, negligent misrepresentation, and negligent manufacture.

Based on widely reported Essure side effects, our attorneys are now exploring legal action against Bayer.

Based on widely reported Essure side effects, our attorneys are now exploring legal action against Bayer.

If you or a loved one experienced serious health complications after being implanted with Essure, contact us for a free legal consultation to find out whether you may be eligible for compensation. It costs nothing to speak with us, and you pay nothing unless we win your case. 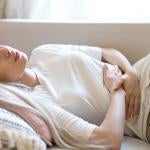 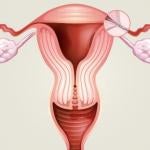 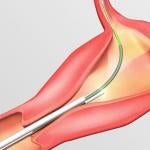 Experiencing painful side effects from Essure?