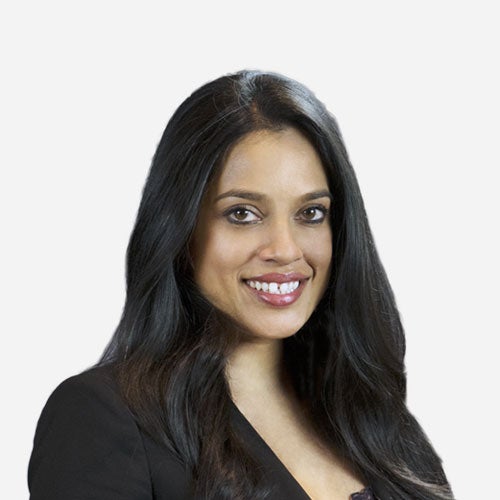 Ms. Murthy’s practice focuses on employment litigation, including lawsuits alleging violations of the Fair Labor Standards Act (failure to pay minimum wages and overtime); discrimination on the basis of race, national origin, age, disability, pregnancy, or religion; harassment and retaliation in violation of federal and state law; and breaches of contract for commissions or other earned wages. Prior to joining Morgan & Morgan in 2011, Ms. Murthy worked for over five years in the Labor and Employment Practice Group of Morgan, Lewis & Bockius LLP, where her clients included Fortune 100 companies. At Morgan Lewis, Ms. Murthy represented employers in single-plaintiff and class action litigation involving issues of unpaid wages and discrimination. Ms. Murthy now puts her considerable experience to use on behalf of employees whose employers have wrongly withheld wages, or have discriminated against them in violation of the law.

Since joining Morgan & Morgan, Ms. Murthy has achieved several notable victories for her clients, including obtaining summary judgment in federal court against a multi-billion dollar defense contractor for failure to pay its employee for all of the hours he worked while employed in Kuwait. The company appealed the ruling, and Ms. Murthy argued and won the appeal in the Fourth Circuit Court of Appeals. Ms. Murthy also obtained summary judgment against an RV park for failure to pay proper overtime, defeating arguments that the employer was entitled to exemptions from the law and that the employee was an independent contractor. This judgment, too, was affirmed on appeal. In addition to these, and other victories in single-plaintiff cases, Ms. Murthy has litigated and successfully resolved numerous collective actions, including actions certified nationwide.

Ms. Murthy earned her J.D. from the Georgetown University Law Center in 2004. While in law school, Ms. Murthy was a senior articles editor for the Georgetown Immigration Law Journal. She earned her B.A. in English and Law & Society from Oberlin College in 2001.

Ms. Murthy is admitted to practice in Pennsylvania and Florida, and before several federal courts across the country, including the Third, Fourth, and Eleventh Circuit Courts of Appeals, and all U.S. District Courts in Florida.

Ms. Murthy has been a speaker at CLEs in Florida and California on topics pertaining to the Fair Labor Standards Act. She also is a member of the South Asian Bar Association, which she previously served as president, the National Employment Lawyers’ Association (NELA), and the Labor and Employment Section of the Florida Bar.