Johnson & Johnson has paid tens of millions of dollars to people who developed ovarian cancer or mesothelioma after using J&J's talcum products.

Thousands of talcum powder lawsuits have been filed against Johnson & Johnson for failing to warn women of the risk of developing ovarian cancer from using its popular baby powder. Consumers have also filed lawsuits after developing mesothelioma, a terminal disease caused by asbestos exposure. (Some talcum powders may contain asbestos.)

In July 2018, a St. Louis jury awarded $4.14 billion in punitive damages and $550 million in compensatory damages to 22 women who say Johnson & Johnson's talc products contributed to their ovarian cancer.

The plaintiffs' attorney said that six of the 22 plaintiffs had died from the disease, while the other 16 were present in the courtroom when the verdict was announced.

In May 2018, a Los Angeles jury awarded $21.7 million in compensatory damages and $4 million in punitive damages to Joanne Anderson, a 68-year-old woman who has mesothelioma. Ms. Anderson claimed that frequent use of Johnson's Baby Powder caused her to contract the disease.

Johnson & Johnson was ordered to pay two-thirds of the award, while the other third would be paid by Honeywell, Imerys, and other talc suppliers.

In April 2018, a New Jersey jury awarded $80 million in punitive damages and $37 million in compensatory damages to investment banker Stephen Lanzo and his wife. Mr. Lanzo claimed that he contracted mesothelioma after more than 30 years of using Johnson's Baby Powder and Shower-to-Shower products. He alleged that these products contained asbestos, which causes mesothelioma.

Johnson & Johnson argued that Mr. Lanzo must have encountered asbestos in his childhood home or his school, and that these locations were to blame for his mesothelioma. The jury disagreed, giving Mr. Lanzo and his wife a jaw-dropping $117 million.

Johnson & Johnson appealed the verdict, but a New Jersey state judge upheld it.

The jury emphatically sided with Ms. Slemp. Of the $110 million award, $105 million were were punitive damages.

Ms. Slemp's attorney, Ted Meadows, said, "Once again we’ve shown that these companies ignored the scientific evidence and continue to deny their responsibilities to the women of America. They chose to put profits over people, spending millions in efforts to manipulate scientific and regulatory scrutiny.”

The plaintiff's attorney, Jim Onder, said that by issuing this verdict, the jury "once again reaffirmed the need for Johnson & Johnson to warn the public of the ovarian cancer risk associated with its product."

But Johnson & Johnson once again vowed to appeal, "because we are guided by the science, which supports the safety of Johnson's Baby Powder."

In May 2016, a Missouri jury found in favor of Gloria Ristesund, who contracted ovarian cancer after using Johnson's Baby Powder and Shower to Shower Powder on her pelvic area for decades. Ms. Ristesund had to have a hysterectomy and other surgeries. The jury awarded her $55 million: $50 million for punitive damages, and $5 million for compensatory damages.

But Johnson & Johnson successfully appealed this verdict in June 2018.

If you or a loved one has contracted ovarian cancer or mesothelioma after using talc-based products, you may be owed money for the following:

ClassAction.com attorneys operate on contingency, which means we will only collect a fee if the case is successful. We accept a fixed percentage (typically one-third) of the recovery.

Contact us today for a free legal consultation. These cases are time-sensitive, so it is crucial that you reach out to us as soon as possible to determine if you are eligible for compensation. 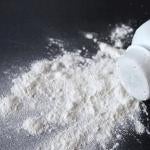 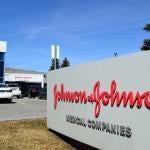 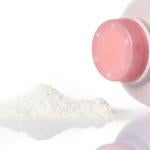