Takata airbags can explode on deployment, firing shrapnel that burns, bruised, or cuts drivers and passengers. Some of the resulting lawsuits have been settled for millions of dollars.

Twenty-one deaths and more than 180 injuries have resulted from the Takata airbag defect, a dangerous flaw the company covered up for years. In 2018, Takata finalized a $1 billion settlement with the U.S. Department of Justice to compensate automakers ($850 million) and injured drivers ($125 million). It also paid a $25 million fine to federal regulators for concealing the defects for so long.

No matter how the accident occurred, drivers and passengers burned, bruised, or cut by Takata airbag shrapnel may be eligible for a lawsuit.

The Takata airbag recall is the largest in American automotive history. More than 65 million cars have now been recalled; eventually, that number could climb to 90 or even 100 million.

In 2015, the National Highway Traffic Safety Administration (NHTSA) hammered Takata with a civil penalty of $200 million—the largest such fine in history.

Four months later, in May 2017, four automakers—Toyota, Mazda, Subaru, and BMW—reached a $553 settlement that will resolve charges related to economic losses, but not personal injury, wrongful death, or property damage lawsuits. The breakdown of that settlement is as follows:

In August 2017, Nissan agreed to pay $98 million to compensate owners of 4.4 million vehicles with Takata airbags.

The next month, Honda agreed to pay $605 million to compensate owners of 11 million vehicles impacted by the Takata airbag crisis.

Three compensation funds are currently available to individuals who have been injured by Takata airbags.

This fund was established after TK Holdings, Inc.’s criminal guilty plea for fraud. It includes compensation for people who have suffered or will suffer personal injuries or wrongful deaths due to a defective Takata airbag inflator and who have not previously resolved their claims against Takata.

This trust was created as part of TK Holdings, Inc. bankruptcy plan. It will compensate individuals who were previously injured by a Takata airbag, as well as future victims. It is expected that the trust will begin accepting claims in mid-2018.

Still, victims may turn to the courts and file lawsuits that seek compensation for airbag-related injuries and deaths. As seen below, Takata has reached swift and undisclosed settlements to keep all of these lawsuits (to date) from going to trial.

Ashley Parham (18) of Oklahoma was the first known Takata-related fatality. She bled to death after the airbag in her 2001 Honda Accord fired shrapnel into her neck, slicing open an artery. (She’d been in a minor car accident.) Ms. Parham’s family filed a wrongful death lawsuit, which Takata settled immediately, in August 2009.

In 2010, Kristy Williams was stopped at a red light in Morrow, Georgia, when her 2001 Honda Civic’s airbag exploded for no reason. It shot shrapnel into her neck, severing her carotid artery. Ms. Williams staunched the bleeding, called an ambulance, and survived. But since the accident, she says she has been plagued by strokes, a seizure, and a speech disorder.

Ms. Williams filed a lawsuit against Takata, which the company settled for an undisclosed amount in January 2011.

In 2016—after learning that Takata knew about the potentially lethal airbag defect, and manipulated data to cover it up—Ms. Rathore’s family sought to reopen the lawsuit.

From 2014 to 2015, Takata and Honda settled at least six wrongful death lawsuits filed over the defective airbags. (They reached four of these undisclosed settlements in the latter half of 2015.)

In November 2014, Bloomberg wrote, “The quick, secret deals, a cornerstone of product liability litigation across industries, help explain why years after the first recalls so much remains unknown about defects linked to four U.S. deaths. The few cases filed have generally been resolved before victims’ lawyers acquired evidence.”

In May 2016, the State of Hawaii became the first (but probably not last) state to sue Takata and Honda. Hawaii demanded $10,000 for each car owner affected by the airbag crisis.

Hawaii’s Director of Consumer Protection, Steve Levins, told The New York Times, “We’re not going to sit back and wait for more accidents to happen.” Levins added, “We’re also seeking that consumers be compensated for any losses associated with this incident, whether that’s alternative transportation costs, or a diminished value of their vehicle.”

This suit is still pending.

In September 2015, Randi Johnston of Centerville, Utah was in an accident while driving her 2003 Honda Civic to work. The Takata airbag fired metal shards into Ms. Johnston’s face and neck, slicing her trachea and damaging her vocal cords. An Army medic was on the scene and may have saved Ms. Johnston’s life.

Ms. Johnston filed a lawsuit alleging negligence, reckless conduct, and breach of warranty by Takata, Honda, and the car dealership. At the time of the filing, she could not speak as a result of her vocal cord damage.

In June 2016, the defendants reached an undisclosed settlement with Ms. Johnston.

In June 2014, a 75-year-old woman named Patricia Mincey was paralyzed after the Takata airbag in her 2001 Honda Civic inflated with excessive force during a collision. This airbag was recalled less than a week after the accident.

Ms. Mincey lost all feeling below her neck, and later filed a lawsuit alleging that Takata knowingly produced and sold defective airbags. Tragically, she passed away in April 2016 from injuries related to her quadriplegia.

On July 15, 2016, mere minutes before her trial was set to begin, Takata reached an undisclosed settlement with Ms. Mincey's family.

On November 8, 2016, the family of 17-year-old Texan Huma Hanif reached an undisclosed settlement with Takata, Honda, and Westside Hummer, where Ms. Hanif purchased her 2002 Honda Civic.

Ms. Hanif died on March 31, 2016 when her Civic rear-ended another vehicle near Houston. The airbag fired shrapnel into Ms. Hanif's neck, and she died at the scene.

These Cases Are Ongoing

Our attorneys have extensive experience with automobile mass litigation, including lawsuits related to Continental airbags, GM ignition switches, and Volkswagen emissions fraud. We have won jury awards and settlements against automakers in the past, and our work in this area makes us uniquely qualified to handle large and complex class action cases.

If you or a loved one were injured by a defective Takata airbag, contact us immediately for a free, no-obligation consultation. These lawsuits are time-sensitive, so it is crucial that you reach out to us as soon as possible to determine if you are owed money.

Free Case Review
Have you been burned, bruised, or cut by an airbag? 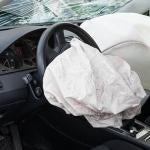 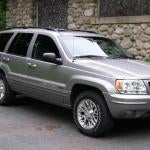 Have you been burned, bruised, or cut by an airbag?