Mesothelioma sufferers and their loved ones may be entitled to compensation from the companies who produced and sold asbestos products.

Mesothelioma sufferers and their survivors can file lawsuits against asbestos manufacturers, seeking compensation for medical expenses, lost wages, and pain and suffering.

Asbestos litigation is the longest mass tort in American history, with no end in sight. Every year thousands of Americans are diagnosed with mesothelioma, a fatal form of cancer caused by inhaling asbestos fibers.

Despite knowing as early as the 1930s that asbestos caused cancer, companies continue to use it. The asbestos industry has paid millions to shape pro-asbestos research, helping to thwart multiple attempts to ban the carcinogen in the U.S.

Mesothelioma patients and their loved ones have filed lawsuits against asbestos manufacturers and retailers. To find out if you are eligible for a lawsuit, contact our legal team for a free consultation.

You may also want to download our FREE PDF GUIDE to mesothelioma, its effects, and how a lawsuit can help.

Though it’s been known for years that asbestos causes cancer, the asbestos industry continued to promote its use. Asbestos was especially popular between the 1940s and 1970s as a cheap form of fire and chemical-resistant insulation. The mineral was also used in everything from naval ships and textiles to auto parts and talc-based products.

When asbestos fibers are inhaled, they stick to the protective mesothelium layer of organs for years, eventually creating cancerous cells. Often, mesothelioma symptoms won’t present themselves for 15 to 20 years. When mesothelioma is diagnosed though, it is extremely aggressive; half of patients will succumb to the disease within 18 months.

Dr. Nicholas Ashford refers to asbestos as “the most criminal industry.”

Companies that knew asbestos was killing its workers continued using the mineral hoping to get as much work as possible from their innocent employees. An internal memo from Bendix Corporation dating back to 1966, asked, “If you have enjoyed a good life while working with asbestos products, why not die from it?”

Because of this mass cover-up, Dr. Nicholas Ashford, former chair of the National Advisory Committee on Occupational Safety & Health, refers to asbestos as “the most criminal industry.”

Sadly, this deception isn’t restricted to the history books. Frustrated with losing lawsuits to mesothelioma patients, in 2001, Ford spent $40 million on pro-asbestos research. Ford-funded researchers and expert testimonies argued that auto mechanics (who were exposed to asbestos-contaminated brake dust) were not at increased risk of developing mesothelioma.

Ford still maintains that mechanics were safe from asbestos exposure. In their 2014 annual report, they state that “the scientific evidence confirms our long-standing position that there is no increased risk of asbestos-related disease as a result of exposure to the type of asbestos formerly used in the brakes on our vehicles.”

The Longest Mass Tort in History

Mesothelioma patients started filing workers comp claims as early as the 1960’s. A mass district litigation (MDL) in the Eastern District of Pennsylvania, initially formed in 1991, has overseen the majority of recent mesothelioma lawsuits.

To date, it’s estimated that more than 8,500 defendants and 700,000 claimants have been involved in asbestos-related lawsuits. Experts predict that asbestos litigation will reach $200 to $265 billion in compensation.

The volume of high settlements and verdicts associated with mesothelioma lawsuits has bankrupted the majority of asbestos manufacturers. To date, 100 companies who formerly manufactured or used asbestos have declared bankruptcy.

However, even if the company responsible for a patient’s mesothelioma is no longer in business, it doesn’t mean that the patient can’t receive compensation. Many of these companies created bankruptcy funds to settle asbestos-related lawsuits.

The Manville Corporation, the leading asbestos manufacturer of its time, established the first of these trust funds in 1988. When the company declared bankruptcy in 1982, it was the largest and richest company at the time to ever do so. Their asbestos trust fund paid $4.3 billion to claimants as of 2013.

To date, 60 trusts exist, which together have awarded nearly $20 billion to claimants.

The company that likely has the most blood on its hands is W.R. Grace and Company. The company owned a vermiculite ore mine in Libby, Montana from 1963 to 1990. The mine released asbestos dust, contaminating the town’s air, soil, and water.

In 2011, a $43 million settlement was reached to compensate miners and their families.

W.R. Grace and Company has since faced 270,000 asbestos-related lawsuits. They filed for bankruptcy in 2001, setting aside $4 billion in an asbestos trust.

Montana agencies were also held liable for failing to warn residents of the dangers posed by the mine. In 2011, a $43 million settlement was reached to compensate miners and their families.

The average mesothelioma settlement is between $1 million and $1.4 million, and the average verdict is about $2.4 million, according to Mealey’s Litigation Report.

However, many lawsuits have resulted in much higher settlements and verdicts for mesothelioma sufferers. Some of the most notable cases include:

All your questions about asbestos and mesothelioma are answered in this free guide.

Who Can Be Held Liable for Mesothelioma?

The following parties are typically among those held liable in mesothelioma lawsuits:

What Can I Recover from a Mesothelioma Lawsuit?

A lawsuit can provide compensation for:

Those suffering from mesothelioma have many legal options available to them, and navigating them shouldn’t be a complicated or burdensome process. Our attorneys have recovered millions of dollars for hundreds of mesothelioma victims across the United States, making them uniquely qualified to handle mesothelioma litigation.

There are never any costs unless we win. Contact us today for a free, no-obligation consultation. 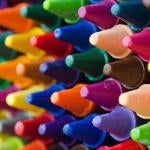 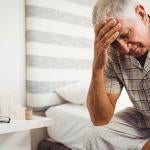 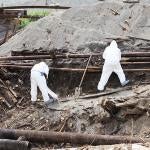