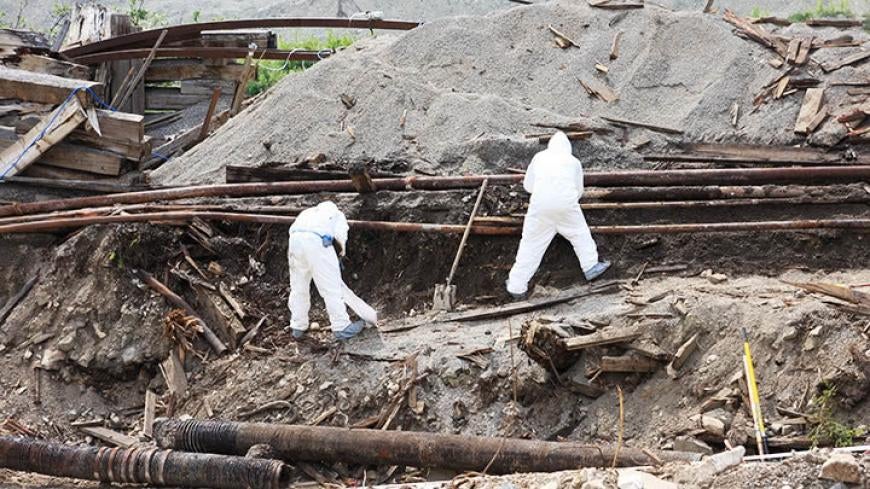 Though asbestos has been regulated in the U.S. since 1971, people are still dying from it.

According to a recent report from the Centers for Disease Control and Prevention (CDC), deaths from mesothelioma—an aggressive lung cancer almost solely caused from asbestos exposure—increased by 4.8% from 1999 to 2015. Altogether, there were 45,221 mesothelioma deaths in the U.S. during that time period.

Given the steep decline in asbestos use, why are people still dying from this disease? For one thing, mesothelioma can have an extremely long latency period; it can take decades to develop. But that doesn’t explain why the CDC continues to report deaths of Americans under the age of 55.

Though heavily regulated, asbestos—incredibly—remains legal in America. In 2015, the U.S. imported 350 tons of asbestos to produce everything from soap to alkaline batteries.

The Environmental Protection Agency (EPA) publishes a list of legal asbestos-containing products. Asbestos is most commonly used in automobile parts and building materials, including:

In the 20th century, the construction industry used 70-80 percent of America's asbestos. So while asbestos is still used in some new products, workers are more likely to encounter the carcinogen when replacing materials or remodeling older buildings.

Any time asbestos is disturbed, the mineral can release shard-like fibers into the air. If inhaled or swallowed, these fibers can eventually cause cancer.

The Occupational Safety and Health Administration (OSHA) has strict safety requirements to protect workers. Employees must be trained on how to recognize and remove asbestos, and employers must provide protective clothing and respirators. When removing asbestos, the area must be enclosed and an air filtration or collection device, like a HEPA vacuum, must be used to trap asbestos particles.

But just because rules exist doesn’t necessarily mean they will be followed. In 2003, the CDC found that 20 percent of air samples collected at construction sites exceeded the legal limits for asbestos exposure.

Not only are workers endangered when employers cut corners, but so are their families. Even the smallest amount of asbestos exposure—like hugging a loved one who is wearing asbestos-contaminated clothing—can eventually cause mesothelioma.

"These workers will carry the increased risk of cancer for the rest of their lives."

OSHA alleged that the companies instructed workers to remove asbestos, but didn’t provide them with basic safety equipment like helmets, nor did they follow rules for asbestos removal. The agency alleged that these violations increased workers’ exposure to the carcinogen.

"The size of the fine is a statement about the gravity of the situation," said David Michaels, assistant secretary of labor for occupational safety and health, in an interview with the Chicago Tribune. "These workers will carry the increased risk of cancer for the rest of their lives."

Promotional display maker AMD Industries, based in Illinois, was also hit with $1.25 million in fines when they failed to protect workers from asbestos exposure. In 2011, OSHA penalized the company when it was discovered that five employees were instructed to remove asbestos without receiving respirators.

A safety audit of the AMD facility revealed asbestos material on boilers, heating units, and piping.

Lawmakers and health organizations have tried repeatedly to ban asbestos completely. The EPA managed to temporarily ban the carcinogen in 1989, but two years later it was overturned.

More recent attempts include Senator Patty Murray’s (D-WA) Ban Asbestos in America Act, which passed in the Senate in 2007 but ultimately failed to become a law.

Under the guise of “cutting red tape," the bill would paralyze agencies like the EPA from taking action against toxic chemicals.

One particular bill, the Regulatory Accountability Act, is being referred to by some as the “License to Kill” bill.

Under the guise of “cutting red tape," the bill would essentially paralyze agencies like the EPA from taking action against toxic chemicals, sweeping the TSCA reforms under the rug.

Public Citizen, a consumer rights group, estimates that it would add 53 steps for agencies to pass major rules and regulations. Opponents argue that this lengthy rule making process would create more opportunities for special corporate interests to derail regulations and bans on dangerous chemicals.

H.R. 5, as the bill is formerly known, was passed by the House of Representatives and now awaits a Senate vote.

There is still one place for mesothelioma victims to fight back, and that's in court.

If you or a loved one were diagnosed with mesothelioma, you may be eligible for a lawsuit. Contact our attorneys for a free consultation to find out if you might be owed money for asbestos exposure. To date, asbestos funds have awarded nearly $20 billion to mesothelioma patients.