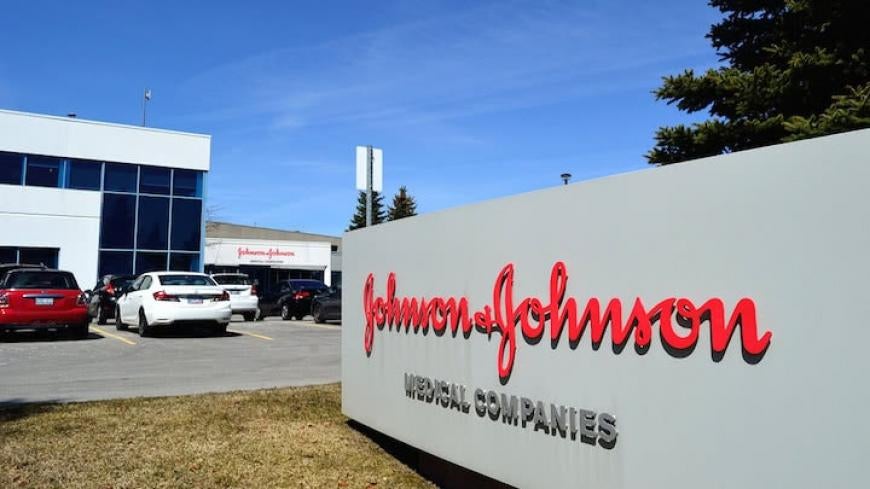 The hits keep coming for pharmaceutical titan Johnson & Johnson, which has suffered a series of huge legal and financial blows in 2016. A slew of jury awards and settlements have cost the company hundreds of millions of dollars and severely damaged its credibility in the court of public opinion.

J&J is struggling to fight three mammoth legal battles at once, and the strain is showing both in its courtroom performances and in its bank account.

J&J Will Try—Again—to Move Talc Cases Out of St. Louis

After three massive awards for plaintiffs who claimed they contracted ovarian cancer from using Johnson & Johnson’s talc-based products, J&J will attempt to move future talc cases out of Missouri. They tried this once before, last August, arguing that the company and plaintiffs had no ties to St. Louis. The judge dismissed the motion.

The most recent jury award, in October, was $70 million to Deborah Giannecchini. Five months prior, a Missouri jury awarded Gloria Ristesund $55 million.

The first big win for plaintiffs, in February 2016, went to the family of Jacqueline Fox, a woman who passed away from ovarian cancer after a lifetime of using Johnson & Johnson’s Baby Powder for feminine hygiene. Ms. Fox’s family received $72 million.

There are more than 1,000 talcum powder lawsuits pending in St. Louis, and 200 more awaiting their day in New Jersey courts.

Attorney Jere Beasley, whose firm filed the three Missouri cases and hundreds of others, told Fortune, “If I were representing them [Johnson & Johnson], I would say, folks, we need to sit down and regroup and start trying to settle these cases.”

But as of this writing, J&J seems more concerned with upholding its image as a wholesome family company than admitting wrongdoing and reimbursing the hundreds of women who say they have contracted ovarian cancer from using talc products.

Talcum powders aren’t the only Johnson & Johnson products that have spawned a mountain of litigation. The antipsychotic drug Risperdal has allegedly caused many young boys to grow breasts, a condition known as gynecomastia. Hundreds of these boys have filed Risperdal lawsuits against J&J, and so far, they have been very successful in obtaining relief.

In July, a Philadelphia jury awarded Andrew Yount a staggering $70 million, ruling not only that J&J had failed to warn Mr. Yount of the risks in taking Risperdal, but that the company had concealed or destroyed evidence related to the case. Mr. Yount, of Tennessee, started taking Risperdal when he was just five years old.

A Philadelphia jury found that J&J had concealed or destroyed evidence related to the Andrew Yount case.

Mr. Yount’s award was the latest in a string of wins for Risperdal plaintiffs. Nicholas Murray was awarded $1.75 million in November 2015, and Austin Pledger was awarded $2.5 million in February 2015.

Perhaps still smarting from all of those losses, earlier this month Johnson & Johnson reached an undisclosed settlement to end a Risperdal case filed by a man who started taking the drug at age seven to manage symptoms brought on by his Asperger’s syndrome. According to court documents, the plaintiff developed permanent gynecomastia.

That is one of dozens of Risperdal cases that J&J has opted to settle out of court.

In November 2013, Johnson & Johnson paid a $2.2 billion fine to settle a Justice Department investigation into its promotion and marketing of Risperdal. This was one of the largest such fines in American pharmaceutical history.

There are 1,500 Risperdal lawsuits still pending in U.S. courts.

The most expensive legal battle of all, though, keys on Johnson & Johnson’s defective hip implants. In 2013, J&J settled thousands of claims about its Depuy ASR implants for an estimated $4 billion.

That model is not the only one creating pains for patients and headaches for J&J, though. Johnson & Johnson’s Pinnacle hip implant has generated 8,400 lawsuits, the vast majority of which are currently pending in multi-district litigation (MDL).

A bellwether Pinnacle case recently made it to trial, where a jury awarded plaintiffs $500 million in damages.

One bellwether case, though, recently made it to trial, where a jury awarded five plaintiffs $500 million in damages. (A Texas judge later cut that award to $151 million.) Another bellwether Pinnacle trial went to court in September; there has been no word yet on a verdict. Legal experts feel that another loss for J&J could prompt the company to settle the remaining 8,400 suits.

If you or a loved one have suffered unforeseen physical or financial harm because of Johnson & Johnson hip implants, talc products, or its drug Risperdal, please contact us today to explore your options. Don’t wait; you could qualify for compensation.

Were you injured by a Johnson & Johnson product?