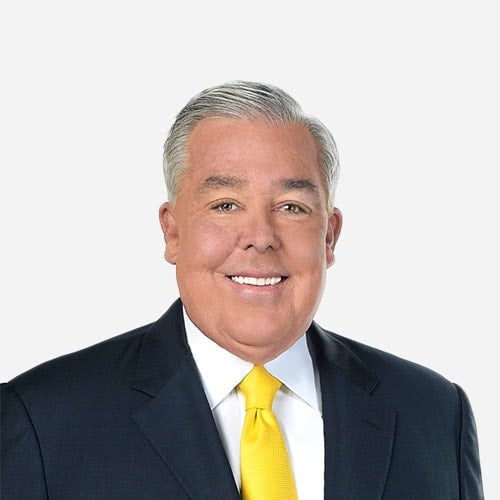 By 1988, John had founded Morgan & Morgan under the belief that the firm would represent the people, not the powerful. To this day, John has run the firm by that code, promising never to take a case representing an insurance carrier or large company. Through John’s guidance, leadership, and vision, the firm has founded multiple locations throughout Florida, including Orlando, Tampa, Fort Myers, Fort Lauderdale, Winter Haven, Daytona, Kissimmee, Saint Petersburg, Naples, Tavares, Jacksonville, Melbourne, The Villages, Pensacola and Tallahassee. The firm has also expanded nationally, opening offices in Georgia, Mississippi, Tennessee, New York, Kentucky, New Jersey, Alabama, Pennsylvania, and Massachusetts.

Morgan & Morgan employs 307 staff attorneys and more than 1,500 support staff members. More than 25 years after the firm’s inception, “for the people” continues to be a way of life for John Morgan and for the firm.

John has lectured across the country on the practice of law. He has been an active member of the Florida Academy of Trial Lawyers and served as a FLAG trustee, making a push for Florida state law that would protect families from corporations and insurance companies. John is currently on the board of trustees for the University of Florida’s Levin College of Law.

John has received Martindale-Hubbell’s esteemed “AV” rating, which recognizes lawyers with the highest ethical standards and professional ability. Based on the recommendations of his peers, John’s “AV” rating is a testament to the fact that fellow attorneys consider him at the highest level of professional excellence. Only a select group of attorneys are ever awarded with this premier distinction.

John reached another career milestone when he proudly released his books, titled You Can’t Teach Hungry… Creating the Multimillion Dollar Law Firm, and You Can’t Teach Vision… The Twenty-First Century Law Firm. (He frequently lectures on both subjects.) The books offer insight into John’s success, philosophy, and business methods, and lay the groundwork for a sustainable and enduring law practice. Lawyers from across the country have read the books and continue to reach out to John for further guidance and advice.

John and his wife, Ultima, proudly support the Second Harvest Food Bank of Central Florida, whose principal goal is to end the “invisible problem” of hunger throughout the state. In 2013, John and Ultima made a generous donation that helped the organization fund and open the Morgan & Morgan, P.A. Hunger Relief Center. The 100,000-square foot facility—more than double the size of its predecessor—is equipped with ample freezers, coolers, and infrastructure space to store the millions of pounds of food collected by Second Harvest each year.

In 2013, John announced his support of the campaign to legalize medical marijuana in Florida for use by the state’s seriously ill. According to John, the deeply personal cause is a step to not only provide safer pain relief and treatment methods for those with legitimate diseases, but also to help end the rampant problem of prescription drug abuse in Florida. In addition to his financial contributions, John was the public face of the effort, openly recruiting volunteers to collect the thousands of signatures needed to place the initiative on Florida’s November 2016 general election ballot. The amendment passed with more than 60 percent of the vote.

Even with all of his success, John’s personal accomplishment of raising four children with Ultima, his wife of 31 years, remains dearest to his heart.