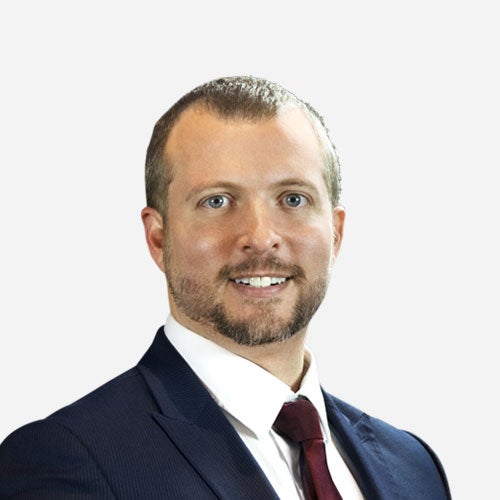 As a graduate of the University of Florida with a degree in Criminal Justice, Matthew Gunter developed a passion for the legal field and decided to pursue a career in the law. In 2009, Mr. Gunter graduated from Barry University-Dwayne O. Andreas School of Law in Orlando, Florida and began a career in criminal law.

Mr. Gunter worked as an Assistant State Attorney in the 18th Judicial Circuit for Seminole County. While working for the State, he focused on prosecuting thousands of cases including Grand Theft, DUI, Possession of Cannabis, and Domestic Violence Battery. His time with the State Attorney’s Office allowed him to evaluate cases and hone his skills as a trial lawyer.

After the State Attorney’s Office, Mr. Gunter was an associate with Katz & Phillips, P.A. There, he used the skills he learned as a prosecutor to defend clients and find weaknesses in the State’s cases while advocating zealously for his client’s rights. While with Katz & Phillips, P.A., Mr. Gunter handled hundreds of misdemeanors and felony cases ranging from simple drug offenses to armed robbery charges.

Now an associate with Morgan and Morgan, P.A., Mr. Gunter’s experience in and out of the courtroom proves an invaluable asset in seeking justice For the People.