Does Roundup Cause Cancer Risks? 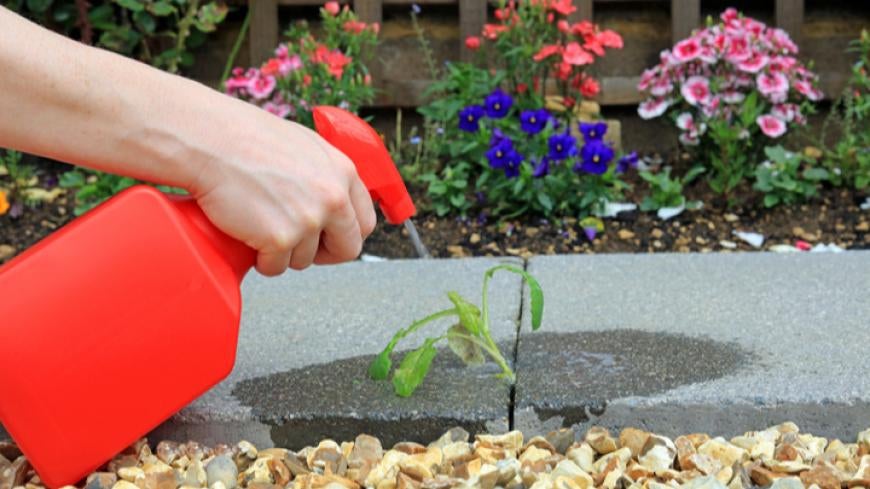 Are You at Risk of Cancer From Roundup?

More than 13,000 people have filed lawsuits against Monsanto/Bayer in the United States alleging they developed non-Hodgkin lymphoma due to the glyphosate-based weed killer Roundup. Glyphosate is the most heavily used agricultural chemical in the history of the world; Americans have applied around 2 million tons of it since its introduction in 1974. The herbicide has worked its way through the food chain and is now found in nearly every common U.S. food. Such ubiquity has led many Americans to wonder whether they should be concerned about Roundup cancer risks.

As the debate rages in courtrooms, it is also on the minds of farmers, gardeners, and others who used Roundup for years. If you were diagnosed with non-Hodgkin lymphoma after using Roundup, contact us today for a free, no-obligation case review.

There’s no question that glyphosate is everywhere and that all of us have likely been exposed. According to one report, 93% of people may have the herbicide in their bodies. Other research has found glyphosate in a range of common food products.

Less consensus exists, however, about the effects of glyphosate on human health. The Environmental Protection Agency recently concluded that the chemical is noncarcinogenic, while the World Health Organization’s International Agency for Research on Cancer classified glyphosate as “probably carcinogenic to humans” in 2015. The Department of Health and Human Services’ Agency for Toxic Substances and Disease Registry (ATSDR), meanwhile, issued a report in April saying it could not “rule out” an association between glyphosate exposure and cancer risk.

In July, glyphosate registrants issued a response to the ATSDR in which they defended their products as safe. This is the same line that Bayer has taken — despite losing three straight Roundup lawsuits. On its website, Bayer states: “Glyphosate and our glyphosate-based formulated products can be used safely and are not carcinogenic.”

The notion that Roundup is not carcinogenic isn’t shared by Edwin Hardeman, Alva and Alberta Pilliod, and Dewayne Johnson. Each of these individuals won sizable jury verdicts against Bayer for non-Hodgkin lymphoma they allege was caused by Roundup use.

Johnson received $289 million in damages (later reduced to $78 million) from Bayer last August, although he may not live to see the money. His terminal cancer is causing worsening health, and the appeals process could go on past his life expectancy. In his own words, he is “all messed up.”

Johnson was exposed to Roundup as a school district groundskeeper. He routinely sprayed chemicals, which he refers to as “juice,” but pointed to one incident in particular that he believes caused his cancer. Johnson described in Time an accident that left him “soaked to the skin” in Monsanto’s glyphosate. “I got a little rash. Then it got worse and worse and worse. At one point, I had lesions on my face, on my lips, all over my arms and legs.” A biopsy would reveal that Johnson had cancer.

Hardeman was awarded $80 million in damages from a San Francisco jury in March 2019 when it found that Roundup was a “substantial factor” in causing his cancer.

Hardeman and his wife lived for decades on a 56-acre property in Sonoma County, California, where he used Monsanto herbicides from 1986 to 2012 to treat poison oak, overgrowth, and weeds. He learned in 2015 that he had non-Hodgkin lymphoma. After struggling through multiple rounds of chemotherapy, he made the connection to his Roundup use from a TV report.

“I hope this is a significant turnaround in Monsanto’s history,” said Hardeman, whose cancer is now in remission. He believes Roundup should at least have a stronger warning about cancer risk. “Give us a chance to decide whether we want to use it or not … Have some compassion for people.”

The third and latest verdict against Monsanto was awarded to the Pilliods in the amount of $2 billion. They used an estimated gallon of Roundup per week for more than 30 years on their Northern California property. Both were diagnosed with non-Hodgkin lymphoma — Alva in 2011 and Alberta in 2015.

She told the jury in an Oakland courtroom: “The doctors gave me 18 months to live at most.” Her first symptoms were vertigo, which prompted a visit to the doctor. Doctors found that Alberta had B-cell lymphoma in her brain. The cancer left her with scar tissue and has impaired her cognitive abilities and motor functions.

Alberta testified that she never wore protective clothing when spraying Roundup because “I really thought it was safe. The ads made me feel like it was safe.”

You May Be Eligible for a Lawsuit

Growing Roundup health concerns have prompted cities, counties, and countries to ban glyphosate products. Many individuals have also moved to non-glyphosate herbicides to protect themselves and their families. And litigation may prompt stronger Roundup health warnings. Already, Bayer is investing billions in weed killer research to reduce its environmental impact.

But the enormous amounts of glyphosate used in the past could mean many years of problems ahead. If you or a loved one used Roundup and have a cancer diagnosis, you can do your part to hold Monsanto accountable.

Did you develop non-Hodgkin lymphoma after using Roundup?