While manufacturers have yet to offer settlements for textured breast implants, leaking silicone implants resulted in multimillion-dollar settlements and verdicts.

Women who received textured breast implants may be at a higher risk of developing anaplastic large cell lymphoma (ALCL), the FDA warns. Women who were diagnosed with this rare form of non-Hodgkin’s lymphoma are now filing lawsuits against implant manufacturers.

Breast implants have a long litigation history. In 1992, the FDA issued a decade-long moratorium on silicone-gel implants for cosmetic purposes. The implants could rupture or gradually leak, causing silicone to enter the lymphatic system.

Some women filed lawsuits against manufacturers, alleging that their autoimmune and connective tissue disorders were caused by leaking and ruptured silicone implants. These lawsuits resulted in several multimillion-dollar verdicts and settlements.

If you or a loved one contracted ALCL after getting textured breast implants, please contact us for a free, no-obligation legal consultation.

Brena G. Meister was awarded $10 million in compensatory damages by a Washington Federal Court jury after suffering from a severe case of scleroderma allegedly caused by silicone-gel breast implants.

The lawsuit alleged that Medical Engineering Corp. made a defective and “unreasonably dangerous product.”

The disease caused Ms. Meister’s skin to harden, her fingers to swell, and tennis ball-sized calcium deposits to form in her back and hips, causing her to limp. Her doctor said that her skin condition and breathing problems improved after her implants were removed, leading him to believe that the disease was caused by the implants.

At the time of the settlement, Ms. Meister was 57 years old. Her doctor said she would be unable to work by the time she was 60 due to difficulties walking and standing.

As part of a bankruptcy deal, Dow Corning created a $3.2 billion settlement fund to compensate women harmed by their silicone-gel implants. Complaints alleged that the implants ruptured and leaked, causing immune diseases like arthritis and lupus and health issues like chronic pain and fatigue.

The fund would settle tens of thousands of lawsuits filed against Dow Corning, and would eventually compensate about 170,000 women.

After Dow Corning declared bankruptcy in May of 1995, parent company Dow Chemical was left as the sole defendant in a lawsuit filed by Charlotte Mahlum and her husband Marvin.

Dow Chemical tried to argue that they shouldn’t be held liable since Dow Corning manufactured the implants, however, plaintiffs argued that the parent company had conducted silicone studies for Dow Corning and knew of the health risks associated with silicone-gel implants.

A jury in Nevada awarded Mrs. Mahlum $3.9 million in compensatory damages and $200,000 to her husband. Dow Chemical was also hit with $10 million in punitive damages, but this was later reduced by the Nevada Supreme Court.

Manufacturers united in 1995 to create a compensation fund for women injured by leaking or ruptured implants.

A previous attempt was made in 1994 to establish a $4.3 billion settlement fund, with contributions from Dow Corning Corporation, the Bristol-Myers Squibb Company, Baxter Healthcare Corporation, 3M, and Union Carbide Corporation. However, the settlement collapsed when 400,000 claimants signed up and it was determined the fund was too small to accommodate everyone.

A new breast implant settlement fund was created in October 1995 with contributions from Baxter Healthcare, 3M, and Bristol-Myers Squibb. Dow Corning did not contribute to the fund, having just filed for bankruptcy in May of that year. The settlement, which was valued at around $3.4 billion, would award each woman between $10,000 and $500,000.

In March of 1994, three women in Houston were awarded $27.9 million by a jury for suffering leaking silicone implants. The implants were manufactured by 3M, and after leaking, allegedly caused Darla Lawson, Judy McMurry, and Susan Doss to suffer from atypical lupus, neurological impairment, and silicone-induced autoimmune problems.

The jury verdict included $15 million in punitive damages and $12 million in compensatory damages.

Mentor was the first silicone breast implant manufacturer to settle with injured women. In 1993, Mentor offered $24 million to settle 1,000 lawsuits. Though the company didn’t admit any wrongdoing, they said they would stop selling implants within 18 months of the finalized settlement.

At the time, Dow Corning, Bioplasty, and Inamed also faced lawsuits for their implants. Plaintiffs who participated in Mentor’s settlement could still file against Dow Corning since they made the silicone gel that was used to fill Mentor’s implants.

Pamela Johnson’s $25 million award against breast implant manufacturer MEC was the highest breast implant settlement at the time, paving the way for higher settlements and awards for women struggling with medical costs in the future.

In 1984, Maria Stern earned the first jury award for injuries caused by breast implants. Ms. Stern suffered from systemic autoimmune disease allegedly caused by her silicone implants. The lawsuit alleged that manufacturer Dow Corning was aware of the possibility of its silicone implants rupturing, but continued to manufacture and sell them.

The jury found Dow Corning liable for her injuries, and the company was ordered to pay $1.5 million in punitive damages and $211,000 in compensatory damages. 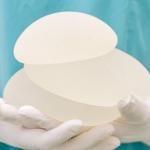