General Motors faulty ignition switches are linked to hundreds of injuries and deaths. The automaker has paid more than $1 billion to settle ignition switch lawsuits.

General Motors has made significant strides towards settling the thousands of injury and death lawsuits that were filed over its use of defective ignition switches. Faulty GM ignition switches, which led to a 2014 recall of 2.6 million small cars, are linked to nearly 400 injuries and deaths.

GM in 2015 settled most of the ignition switch personal injury lawsuits filed against it. The automaker continues to deal with 234 remaining death and injury claims. A series of six test (or “bellwether”) trials were decided this year, half of which were in favor of GM and the other half were settled confidentially with the plaintiffs.

GM announced in September 2015 that it would settle 1,380 ignition switch death and injury claims, in addition to a shareholder class action lawsuit, for $575 million. The settlement resolved “more than half” of the personal injury lawsuits pending in a multidistrict litigation (MDL) in New York federal court, according to GM.

GM hired attorney Kenneth Feinberg to oversee a compensation fund that it hoped would steer ignition switch victims away from litigation. Feinberg reviewed 4,343 injury and death claims and found 399 eligible for compensation, including 124 deaths, 18 catastrophic injuries, and 257 injuries that required hospitalization or outpatient treatment. All 124 eligible death claimants were offered $1 million or more, and all accepted the offer. Of the 257 eligible injury claims, 221 accepted.

Feinberg offered $595 million in payments through the compensation fund. Those who accepted offers waived their right to file a GM ignition switch lawsuit.

In October 2017, General Motors reached a $120 million settlement with 49 states and Washington, D.C. over its ignition switch controversy. The $120 million sum, which will be divided between the states and D.C., settles charges that GM hid its switches' safety defects from regulators.

Under the terms of the settlement, GM must inspect and repair all used recalled vehicles before selling them.

After opening up its checkbook in 2015, GM is fighting the 234 remaining injury and death claims consolidated in New York Federal District Court. In the six bellwether trials that took place in 2016, GM prevailed in three and confidentially settled the other three.

General Motors has privately settled death and injury cases with Nadia Yingling, whose husband James died in a 2013 crash involving a Saturn Ion; Stephanie Cockram, who sustained injuries when her 2006 Chevy Cobalt crashed in 2011; and Amy Norville, who crashed her Saturn Ion in 2013.

GM confidentially settled a second lawsuit filed by the parents of Brooke Melton, who was killed in 2010 after the ignition switch in her Chevy Cobalt led to a crash in which the airbag failed to deploy. Their first lawsuit was settled for $5 million in 2013. When the Melton family later learned that GM was likely aware of the defect for years, they argued that they would not have agreed to the original settlement if they had been aware of GM's deception.

While GM has already agreed to pay $2 billion to settle ignition switch injury and death cases and penalties, it may not be too late to file a claim. Contact us to learn your legal options and find out if you may be owed money.

Free Case Review
Were you injured in a crash caused by a GM ignition switch? 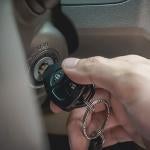 Were you injured in a GM ignition switch crash?