Independent contractor misclassification lawsuits are on the rise. These cases can recover back pay and other benefits for misclassified workers. Some recent settlements have topped $100 million.

Misclassifying employees as independent contractors is a growing problem in the U.S. economy which robs workers of fair pay, benefits, and job security. Employee misclassification can also deprive governments of tax revenue and disadvantage employers who play by the rules.

Stepped up regulatory agency enforcement has put companies that misclassify workers on notice. Government prosecutions have resulted in numerous seven-figure worker misclassification settlements, but even larger settlements—many exceeding $10 million—have been reached in lawsuits brought by workers themselves.

Class action lawsuits alleging that workers paid on a Form 1099 basis should actually be paid on a Form W2 basis may be able to recover back pay and other benefits for misclassified workers. These workers are found in virtually every sector of the economy, but tend to be concentrated in transportation, technology, car services, staffing, and the sharing or “gig” economy.

ClassAction.com encourages workers to look over the settlements below and contact us if they have reason to believe they too are being wrongly considered an independent contractor.

A judge approved a $27 million class action settlement in a case brought against Lyft on behalf of California drivers who claimed the ride-hailing company misclassified them as independent contractors. Under the settlement terms, which received preliminary approval in June 2016, drivers will remain contractors (not employees) but receive money to reimburse expenses such as gas and vehicle maintenance. Lyft also agreed to make changes to its terms of service that outline the reasons for which drivers’ accounts can be deactivated.

Uber proposed a $100 million settlement with 385,000 California and Massachusetts drivers in April 2016. The deal would have allowed the ride-sharing company to continue to classify its drivers as independent contractors.  Uber also agreed to update some of its driver policies, allow signs soliciting tips to be place on the inside of cars, and aid in the creation of driver unions.

U.S. District Judge Edward Chen rejected the settlement in August 2016 because he believed that on the whole, the proposed amount was “not fair, adequate, and reasonable.”

A $5 million class action lawsuit settlement was reached in July 2016 between several trucking companies and around 400 Southern California truckers. The lawsuit claimed that the drivers should be considered employees of the trucking companies, not independent contractors, and accused the companies of labor violations. Drivers alleged they had to pay out of pocket for trucks and maintenance costs but were denied rights such as breaks and expense reimbursement.

In recent years, hundreds of lawsuits have been filed on behalf of Southern California truckers who work at the ports of Los Angeles and Long Beach.

FedEx agreed to pay delivery drivers in 20 states $240 million to settle allegations that the company misclassified drivers as independent contractors. Since 2011, FedEx has worked with companies that directly employ drivers. The settlement affects 12,000-13,000 drivers, some of whom will be paid tens of thousands of dollars. FedEx reached a similar deal worth $228 million in June 2015 with a class of California drivers.

SuperShuttle, an airport shuttle company operating in California, agreed to a $12 million worker misclassification settlement in June 2014. The settlement provided eligible SuperShuttle franchisees/owner-operators compensation for unpaid wages, expense reimbursement, attorney fees, and more. Under the terms, each of the 3,000 class members were entitled to approximately $2,350.

Bimbo—which owns baked goods brands that include Sara Lee, Entenmann’s, and Thomas’—agreed to a $3.5 million settlement in November 2012 with a group of Connecticut distributors. The distributors claimed they were misclassified as independent contractors and denied health insurance, paid time off, and expense reimbursement. They also alleged they were not provided worker protections under federal and state laws.

A Sacramento superior court ruled in 2014 that newspaper carriers for The Sacramento Bee were improperly classified as independent contractors and granted them employee status. Around 5,000 carriers for The Sacramento Bee filed a class action lawsuit seeking reclassification and mileage reimbursement reported to be worth more than $21 million. According to the judge, Bee carriers “had little or no right to negotiate the terms” of contracts they signed with the paper, which managed, trained, and supervised the carriers.

Carriers for The San Diego Union-Tribune were awarded more than $4 million, plus attorney fees, when a judge ruled in January 2014 that 1,235 carriers who worked from 2005 to 2007 were misclassified as contractors.

A class action lawsuit filed by newspaper carriers for The Orange County Register settled in August 2013 for a reported $22 million. The Orange County Register denied any wrongdoing but agreed to compensate carriers—who remain independent contractors—for overtime, mileage reimbursement, and additional compensation. The carriers’ attorney argued that the workers were employees who should have been provided benefits such as workers’ compensation coverage and FICA tax withholding.

Hiring agency Arise Virtual Solution for AT&T and Apple accounts in California agreed to a $1.24 settlement in January 2013 to resolve allegations that their customer service representatives were misclassified as independent contractors. The home-based virtual call center agents alleged that due to being misclassified, they were paid less than the minimum wage and denied the costs of training, expenses, employer tax contributions, unemployment insurance, and workers compensation.

A $2 million settlement was reached in April 2014 between oil field workers claiming to be wrongly misclassified as independent contractors and J&A Services LLC. Under the deal, 71 oil and gas well workers in Colorado, North Dakota, Pennsylvania, and Texas were awarded an average payout of $16,000 for unpaid overtime. Plaintiffs alleged that J&A Services violated the Fair Labor Standards Act by not paying them time and a half for working more than 40 hours in a week.

Exotic dancers for the two clubs, located in Prince George’s Country, Maryland, were awarded more than $265,000 for unpaid minimum wage and overtime in February 2015 after a judge found they had been improperly classified as independent contractors. Individual dancers received between $18,000 and $103,000 in back wages under Maryland labor laws. The judge ruled that the dancers were club employees because they were integral to the business and their job duties required a degree of skill.

A nationwide class action lawsuit filed by dancers for the Spearmint Rhino adult nightclub resulted in a settlement worth nearly $13 million. The dancers claimed they were employees of the club, not independent contractors, and owed minimum wage and other benefits. Compensation was provided to dancers in California, Nevada, Kentucky, Idaho, Texas, Nevada, and Florida. As part of the deal, the Spearmint Rhino, Rouge, and Blue Zebra gentleman’s clubs agreed to consider dancers employees moving forward.

Lowe's agreed to pay $6.5 million plus legal fees to settle a class action lawsuit with workers who claimed they were misclassified as independent contractors and denied overtime wages and other employee benefits. The judge agreed with the installers that Lowe’s controlled all aspects of their work, including when and where they did jobs, how they dressed, and whether they could do extra work for the customers not specified by Lowe’s. The settlement applied to roughly 4,000 product installers who did jobs for Lowe’s between June 2008 and the May 2014 settlement date.

Commercial cleaning franchise CleanNet USA misclassified “franchisee” workers as independent contractors, according to claims from a Massachusetts class action lawsuit that settled for $7.5 million in 2013. The lawsuit alleged that CleanNet misclassified workers to avoid timely payment of wages, duped them into shelling out money for franchises that didn’t provide the lucrative returns they were promised, and targeted non-English speaking immigrants.

Misclassified? Learn How a Lawsuit Can Help.

A misclassification lawsuit may be able to recover back wages and other benefits. See if you have a case during a free case review with ClassAction.com.

Free Case Review
Were you wrongly classified as an independent contractor? 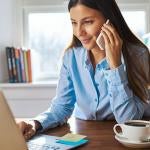 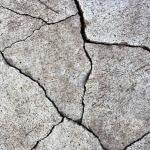 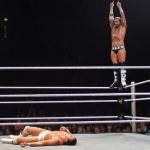