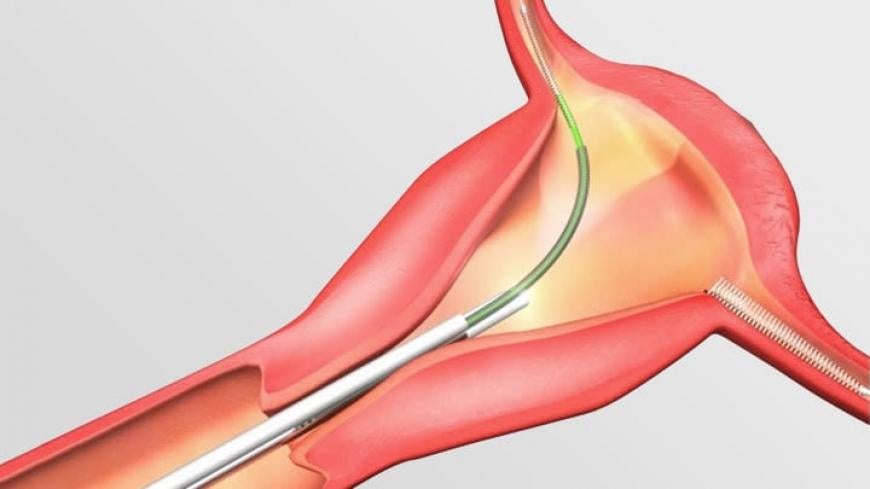 This post was written by Jay W. Belle Isle, the Editor in-Chief for LegalReader.com, a legal news and commentary site. Jay has a degree in Business Administration from Cleary University and a Juris Doctor from Thomas M. Cooley Law School. He has covered the Essure issue extensively and advocates for the device’s removal from the market.

Bayer is removing the controversial Essure birth control device from foreign markets due to “commercial concerns,” but it remains available in the U.S. despite an ever-increasing number of serious complications. Through grassroots efforts, the women of the Essure Problems Facebook group (known as E-Sisters) have succeeded in getting the U.S. Food and Drug Administration (FDA) to take some action.

However, that action continues to have limited results. One such example is the FDA-mandated 522 Postmarket Surveillance (PS) Study. According to the FDA, this study "helps ensure that well-designed 522 postmarket surveillance (PS) studies are conducted effectively and efficiently and in the least burdensome manner."

It appears that the Essure PS study is fulfilling the “least burdensome” goal of the program, at least for Bayer. The FDA mandated the study more than a year and a half ago, on February 29, 2016. At that time Dr. William Maisel, the Deputy Director for Science for the FDA’s Center for Devices and Radiological Health (CDRH), told the media:

“We expect Bayer to submit a study protocol to us within 30 days. By law, they must begin their clinical trials within 15 months. And failure to do so could result in the agency taking action such as issuing a warning letter and declaring their device misbranded. We have taken those actions in the past and we will do so in the future if Bayer does not meet its requirements.”

Bayer submitted its study protocol and the FDA approved the plan. The study should have started in May of this year. But as of October 3, 2017, the study has barely gotten off the ground.

Angie Firmalino, founder of the Essure Problems group, sent the FDA a letter earlier this year requesting an update on the study. The agency’s response was not encouraging.

“Regarding the 522 study,” the agency wrote, “the FDA approved the study plan on September 2, 2016. Since then, as the 522 website states, Bayer has begun its postmarket study. As of May 3, 2017, 60 sites had been selected for participation, 31 sites had submitted IRB applications, 24 sites had central IRB approval and 3 sites had been enrolled. Site and patient enrollment is a continuous process.”

There is only one patient enrolled out of the required 2,400.

So, by the FDA’s own admission, the study had only three enrolled sites by the time the clinical trials were to begin. According to the FDA page, not only has that enrollment not changed, but there is only one patient enrolled out of the required 2,400. (This data was updated October 2, 2017.)

Have Dr. Maisel and his cohorts at the FDA issued the warning letter he referenced in 2016? No. Has the Agency declared Essure misbranded? No. What has happened?

The FDA concluded that Bayer has begun the study because it’s made the effort to enroll study sites and patients. Even though the number of each hasn’t changed in five months, the FDA is satisfied with Bayer’s approach. The final report from the study is due September 2023.

The author submitted a Freedom of Information Act (FOIA) request for the six-month study report in May 2017. That information was finally provided last month. Interested parties can access the reports via links at the bottom of the Agency’s FOIA page.

The heavily-redacted report didn’t provide positive news for those concerned with the dangers of Essure. As seen in the “Timeline for Study Implementation” above, the 36-month study won't begin in earnest until May 2020, the “expected date of enrollment completion.”

Granted, the one patient currently enrolled may be providing data, and subsequent enrollees between now and May 2020 may do the same. However, the fact remains that Essure, a dangerous medical device, will not only remain on the market until completion of the study but will do so with the FDA’s full blessing.

Women Left to Fend for Themselves

Women in the U.S. are left to fend for themselves. Those who are dealing with Essure-related injuries continue to support each other and fight for justice, both in the courtroom and in Congress. They also continue to educate women who are considering Essure on the potential risks.

That education is crucial. New patients are reporting that they were never shown the black box warning or the patient checklist issued by the FDA. Essentially, they never had the opportunity to make an informed decision.

Sources such as Essure Problems, Legal Reader, ClassAction.com, and physician advocates such as Dr. Julioa Novoa (see video above) are dedicated to providing useful information. Furthermore, the Washington Post published a detailed article on Essure in July, and Consumer Reports released a Consumer’s Guide to Essure in August.

Bayer continues to stand by Essure as a safe and effective option for birth control, and the FDA doesn’t seem inclined to do anything until 2023. Until then, it’s up to the people to spread the word.