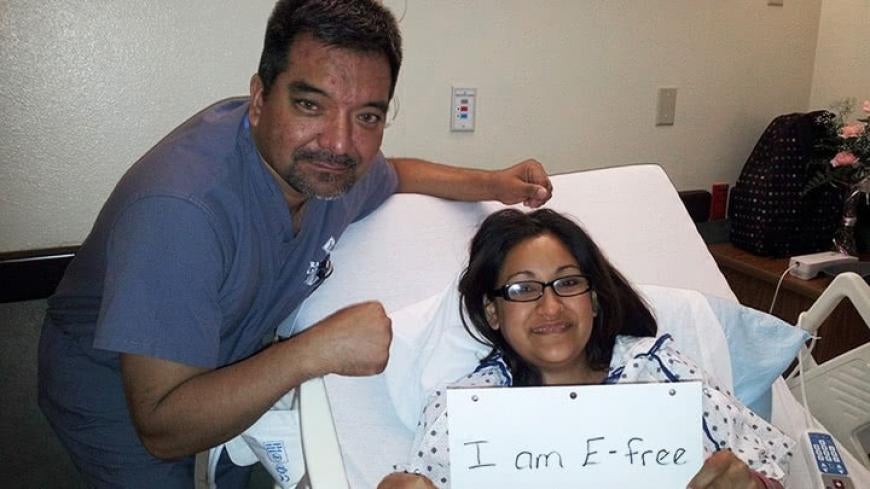 Dr. Julio Novoa is an OBGYN (obstretrician-gynecologist) based in El Paso, Texas. He has more than 20 years of experience in the medical field and is the founder of Novoa Medical Services, which provides healthcare for women and teens in the El Paso area. Dr. Novoa is also an outspoken critic of Bayer's marketing of the Essure procedure and a frequent contributor to the Essure Problems website.

Dr. Novoa wrote the following open letter to further raise awareness of the Essure controversy and of the sway Big Pharma sales representatives can have over doctors such as himself.

To my peers in the medical field:

I write to express my profound concern for the sway that medical industry sales representatives have over doctors, especially when it comes to the Essure sterilization device.

Doctors are intelligent, but we are only human. That makes us just as persuadable—and gullible—as the next person. Considering the possibility of making thousands of dollars per year for using a medical device in your own office, any new FDA product can develop a cult following of doctors blinded by some combination of ignorance and greed.

Bayer Loses $413 Million for Essure as Lawsuits Pile Up

This is one weakness of our system: Product device representatives disproportionately present the pros of their medical devices and downplay the cons when trying to sell their products to doctors. This is a well-known marketing tactic used to maximize sales in a short period of time.

Those who become experts in this technique are rewarded by their companies with higher commissions, bonuses, and promotions. Those who fail are reprimanded and eventually terminated.

The average doctor doesn't have time to research and check everything that a medical rep says about the product he or she is selling.

The average doctor doesn't have time to research and check everything that a medical rep says about the product he or she is selling. Thus, in this realm of "Sell or be fired," doctors often hear only a product’s advantages.

Sales representatives also offer doctors free training, discounted or free products, and assistance on how to bill the maximum amount possible to insurance companies when using medical devices they buy from the reps.

This is why we doctors must stop acting like naive customers at a used car lot and start actively checking the facts about a medical device or product before recommending it to our patients. Doctors must always be proactive rather than passive, skeptical rather than impressionable.

Above all else, doctors should never allow financial benefit or greed to influence our decision-making in the care of any patient.

Due to the incredibly high rate of compensation as compared to traditional tubal ligation, the Essure sterilization device can put a significant strain on the ethical standards of some OBGYN doctors.

A doctor may earn $100 per minute for performing the Essure procedure.

With or without a financial conflict of interest, many doctors have accepted the promotional information presented by Bayer and its reps at face value, without doing their due diligence.

As previously stated, Bayer has promoted Essure by overstating its benefits and downplaying its problems. Much of the information available originated from biased or poorly designed clinical studies. This is why it has taken years to gather "real world" data rather than small, edited, and/or redacted research to see the significantly high failure and complication rates that occur with Essure.

To this day, Bayer still has not fully acknowledged the potential links of the Essure device to Systemic Nickel Allergy Syndrome (SNAS) or Essure-induced polyester-fiber systemic, inflammatory, foreign body reactions—which mimic a variety of autoimmune diseases such as Lupus, Rheumatoid Arthritis, or Sjorgan Syndrome.

Much of the credit for getting the word out about the problems with the Essure device goes not to Bayer or doctors but to advocacy groups such as the Essure Problems forum on Facebook, which applies constant pressure on the FDA to make formal changes regarding Essure, with the ultimate goal of removing the device from the worldwide market.

Essure Lawsuits Explained in the Context of Federal Preemption

Despite being on the market for 15 years, it was less than six months ago that Bayer removed language describing Essure as “non-surgical,” which many people consider to be deceptive advertising.

Prior to 2017, Bayer consistently marketed the Essure as non-surgical, confusing patients who considered it to be a safer option than tubal ligation. Earlier this year, after more than a decade, Bayer finally changed the description of the Essure procedure to “a minimally invasive procedure.”

Still, despite this significant change, Bayer could have done more by at least publicly acknowledging that the placement of the Essure device is more than just a simple procedure. Rather, it is an actual surgery with all the risks associated with surgery, including the death of the patient.

I fear that the only way to remove the Essure device from the market is through litigation.

Has Bayer learned its lesson and stopped downplaying the risks of the Essure procedure, or dare we say, Essure surgery? I think not. I fear that the only way to remove the Essure device from the market is through litigation and million-dollar jury verdicts against Bayer and the surgeons who implant it.

In the meantime, it is up to us doctors to exercise the utmost caution and responsibility in the treatments we recommend to our patients. By doing so, we may spare countless people the pain and trauma that occurs when devices like Essure malfunction.