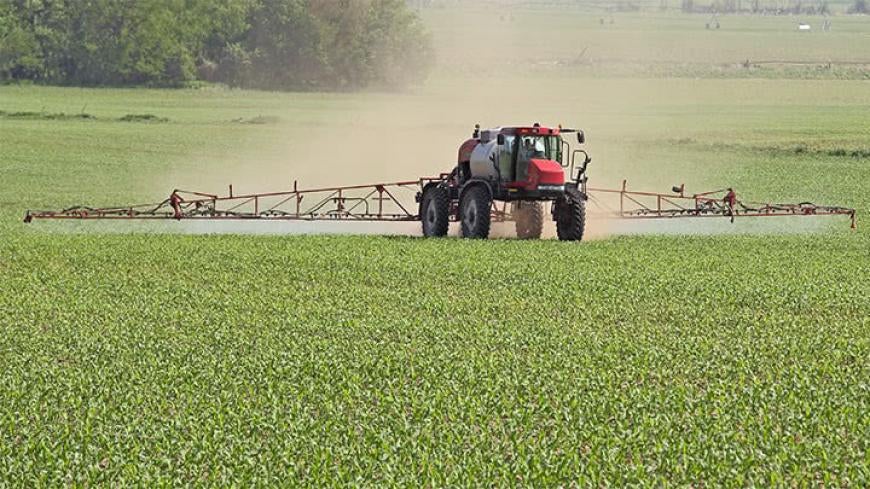 On September 11, ClassAction.com attorney Rene Rocha filed a lawsuit against Monsanto, BASF, and DuPont—the three largest dicamba manufacturers in the U.S. Mr. Rocha filed the complaint in the Southern District of Illinois on behalf of Brian Warren, owner and operator of Warren Farms in Broughton, Illinois.

Dicamba is an herbicide that is sold under the names Xtendimax (Monsanto), Engenia (BASF), and Fexapan (DuPont). It is highly volatile and, according to the lawsuit, can “travel considerable distances and cause injuries to plants several miles away.”

The complaint claims that Monsanto and the other defendants deceptively marketed their latest dicamba formulations as “low-volatility” herbicides that would not be as prone to off-target movement. As a result, the lawsuit says that significant damage was done to millions of acres of American crops, including hundreds of acres of Mr. Warren’s crops.

“This has been a major issue for American agriculture,” said Mr. Rocha. “Farmers across the country relied upon the defendants’ assurances that these new formulations of dicamba could be used safely and without harm to others. That simply isn’t true, and as a result thousands of farmers are staring down lean harvests and uncertain futures.”

"Thousands of farmers are staring down lean harvests and uncertain futures."

The complaint alleges that in June and July of this year, Mr. Warren observed cupping, curling, strapping, discoloration, leaf elongation, wrinkling, stunting, and twisting on his soybean and pumpkin crops. As a result, he says he sustained a loss of crop yield and will also sustain future losses.

The complaint states, “Numerous farmers within the vicinity of plaintiff purchased and planted Xtend variety soybean and cotton, and applied Xtendimax, Engenia, and Fexapan to their Xtend variety crops.” It also says that these farmers used the herbicides in the manner intended and expected by Monsanto, BASF, and DuPont.

The lawsuit notes that there have been thousands of allegations of dicamba damage in dozens of states, and that “millions of acres of American crops have been damaged.”

It also alleges that the defendants should have known this damage would occur, and that their actions were therefore “willful and malicious.” It says the defendants are liable for defective design, failure to warn, negligence, fraud, deceptive business practices, and continuing nuisance, among other charges.

"The dangers of this herbicide have been understood for decades."

Mr. Rocha emphasized, “The dangers of this herbicide have been understood for decades. Unfortunately, instead of producing safe and effective weed control options, it appears that the defendants are using the threat of harm to eliminate their competition and dictate what crops farmers can and cannot plant.”

The lawsuit seeks permanent injunctions stopping these companies from marketing or selling Xtend crops, Xtendimax, Engenia, and Fexapan. It also requests compensation for plaintiffs’ losses, punitive and exemplary damages, statutory damages, attorneys’ fees, and any other relief the Court deems just and proper.

If you or a loved one suffered crop damage or losses because of dicamba's off-target movement, contact us today for a free, no-obligation legal consultation.