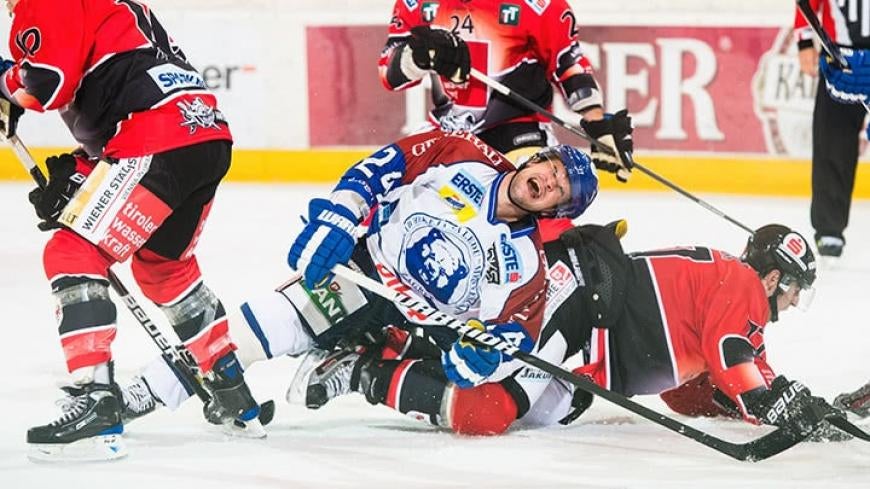 Instead of facing the facts and taking care of their retired players, the NHL is attacking concussion researchers.

What’s a sports league to do when it’s the subject of a high-profile concussion class action lawsuit? In the National Hockey League’s case, it attacks the researchers who have proven a link between concussions and CTE, or chronic traumatic encephalopathy.

Caused by repeated brain trauma, CTE gradually kills the cells of the brain. It can cause or worsen memory loss, Alzheimer’s, dementia, impulse control problems, aggression, and depression.

In 2013, more than 100 former NHL players filed a class action lawsuit accusing the league of failing to warn players of their increased risk for CTE. The lawsuit alleges that the league knew or should have known of the long-term neurological effects players faced from repeated collisions. Retired players now seek compensation for their medical costs.

Class members are primarily relying on research from Boston University’s CTE Center, which has a brain bank to study the effects of head trauma on athletes. But, instead of facing the research center's facts and taking care of their retired players, the NHL is trying to discredit the research entirely.

The league requested every piece of raw data, internal communication, medical report, and even autopsy details.

In a move that could be straight from Big Tobacco’s playbook, the NHL has requested nearly every piece of the center’s data. This endeavor would essentially stop all other research activity at the center for months.

The league’s motion to compel requests every piece of raw data, internal communication, medical report, and even autopsy details related to their research. They claim these materials are necessary to “assess methodology, bias, accuracy, or other defects that are indisputably central to the merits and class certification.”

But Boston University’s researchers are fighting the request, claiming that it’s not only impractical but would likely be used to misinterpret the data to suit the NHL's agenda.

“I fear that if the center data are given to the NHL, it would not be scrutinized objectively, but rather, will be evaluated with a goal of exploiting immaterial discrepancies with a goal of tarnishing my reputation and that of the center, rather than neutrally evaluating the veracity of my findings, which have already been subjected to rigorous scientific scrutiny," said researcher Dr. Ann McKee in a court filing objecting to the league’s demands.

B.U.'s CTE brain bank currently has data on more than 350 brains of retired athletes, five of whom played in the NHL. It's a disease that can only be diagnosed post-mortem, so CTE research relies on the information gathered from brain donations.

As it stands, the connection between CTE and football is more well-known and acknowledged by the players and the league. The center has diagnosed CTE in all but four of the 95 brains of former NFL players, and the league shelled out nearly $1 billion in a class action lawsuit filed by 1,000 former players. In comparison, the NHL's class of 100 seems low.

Those who are connected to the NHL emphasize the league's unique culture. In Canada, hockey is more than just the national pastime—it's a religion.

Many former players continue working for the league long after playing on the ice in roles like coaching. Because of this, few players are willing to formally stand up to the NHL, even if they know they were wronged by them.

This culture was evident in 2013 when former player Rick Vaive briefly joined the class action. Within days he backed out, claiming he never saw a copy of the complaint and thought it was regarding workers' compensation, not a matter against the league.

Steve Silverman, an attorney representing the players, said Mr. Vaive was fully aware of what the suit was about and had seen the complaint.

"Unfortunately—and understandably—there was a tremendous amount of backlash on him in Canada. And he crumbled quickly under the pressure from the fans, the league and the media,” Mr. Silverman told The Washington Post.

The NHL’s denial outside the courtroom puts them far behind leagues like the NFL, which has grudgingly admitted that its football players are at risk for CTE.

But NHL commissioner Gary Bettman maintains that there isn’t enough research on CTE to know for certain how it is caused. In a letter to the Senate, Mr. Bettman argued, “The relationship between concussions and the asserted clinical symptoms of CTE remains unknown.”

Last summer, Richard Blumenthal (D-CT)—a member of the Senate’s Consumer Protection subcommittee—wrote a letter to the NHL stating that they needed to take more of a leadership role in CTE research.

“As the premier professional hockey league in the world, the N.H.L. has an obligation not only to ensure the safety of your players, but to also engage in a productive dialogue about the safety of your sport at all levels,” wrote Mr. Blumenthal.

In response, Mr. Bettman blamed the media for widespread public misconceptions about the disease.

But the challenges retired players face are very real. A trial may help clarify the link between hockey and CTE: U.S. District Judge Susan Richard Nelson hopes the class action lawsuit will make it to court this year.