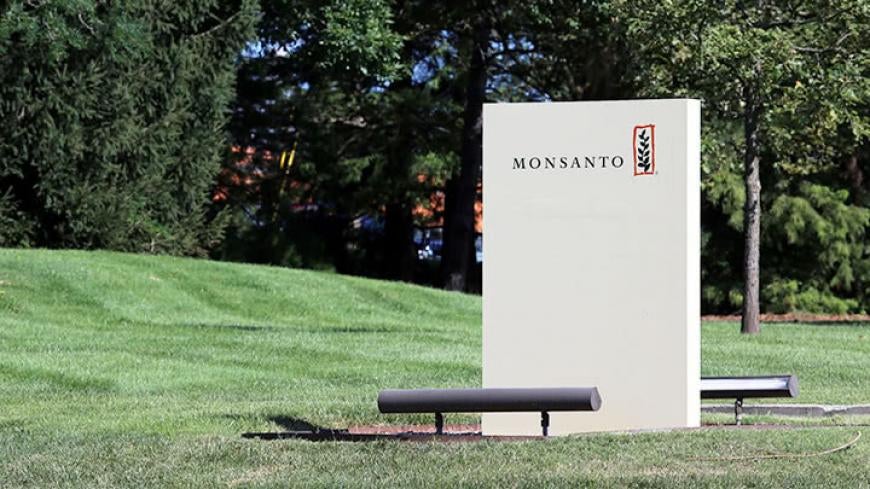 By campaigning to discredit the IARC over their Roundup research, Monsanto is turning a PR fight into a dangerous battle over scientific facts.

Though Monsanto is facing dozens of lawsuits for its Roundup Weed Killer, which plaintiffs argue caused their non-Hodgkin’s lymphoma, the company is suing and threatening any group that dares to warn the public about the harmful herbicide, from California to the World Health Organization.

A judge in Fresno recently issued a preliminary ruling allowing California to list glyphosate, the formal name for Roundup, as a carcinogen under the state's Proposition 65. If the ruling is finalized, it would require that Monsanto warn consumers that Roundup, the most-used agricultural chemical ever, may cause cancer.

Monsanto argued that California’s actions were “unconstitutional” because they relied on research from the International Association of Cancer Research (IARC), which the company argues is "junk science."

But, this isn’t just a matter of a company refusing to acknowledge damning data. Monsanto is creating an entire campaign to discredit the IARC, a research division of the World Health Organization—turning a PR fight into a dangerous battle over scientific facts.

In March 2015, the international team of scientists declared that glyphosate was a “probable carcinogen.”

The IARC, based in France, is made up of independent scientists from around the world whose mission is “to promote international collaboration in cancer research.” Since 1971, they have reviewed more than 900 potential cancer-causing agents through their Monograph Section.

By analyzing existing research, the group ranks an agent based on its likeliness to cause cancer, from Group 1, which contains definite carcinogens like tobacco, down to Groups 3 and 4, which contain agents without any evidence of cancer-causing side effects in humans, like water.

In the middle is Group 2A (probable carcinogens) and Group 2B (possible carcinogens) which includes chemicals and other agents that have some research demonstrating cancer in animals and humans, but not enough to support a Group 3 classification. In March 2015, the international team of scientists placed glyphosate in Group 2A, declaring that it was a “probable carcinogen.”

Critics of the IARC say that their “probable” and “possible” classifications create unnecessary hysteria and have serious economic implications. But, for many agents—especially new ones, like glyphosate—it can take decades until there is enough conclusive evidence to prove it's a definite carcinogen, especially since cancer can take years to develop.

Instead of showing concern over the red flags the IARC's glyphosate research presents, the American Chemistry Council (ACC) is trying to obliterate the agency.

Last month, the ACC (which represents Monsanto) launched the Campaign for Accuracy in Public Health Research, or CAPHR.

ClassAction.com reached out to CAPHR to better understand their mission. They said that their priority is to "advocate for reform of IARC’s Monographs Program to improve the transparency, reliability, and characterization of IARC’s assessment of cancer hazards.”

“Providing context and helping explain what is often misunderstood with regard to public health will be of great benefit to the American consumer,” the CAPHR team told us. “The findings of health research are of interest to many people, so it’s important that they are both reliable and meaningful.”

"This is reminiscent of the strategies used by Big Tobacco to spread doubt about scientific conclusions," the IARC told us.

Advocating for greater research transparency and reliability is commendable, but take a quick look at CAPHR’s website and it’s clear that they are trying to position the IARC as an enemy of science. They even have a banner quote on every page from Galileo that reads: “By denying scientific principles, one may maintain any paradox."

On their website they state that they will challenge the practice of “vilifying anyone in disagreement with study methods conclusions, or policy prescriptions.”

But, the IARC doesn’t appear to be “vilifying” Monsanto for disagreeing with their research. In fact, the group of independent scientists was surprised to be on the defense.

“We were doing our job. We understood there were other issues... economic consequences. But none of us had a political agenda,” Francesco Forastiere, a scientist involved in IARC’s glyphosate review, told the Huffington Post. “We simply acted as scientists, evaluating the body of evidence, according to the IARC criteria.”

The CAPHR campaign, along with industry lobbyists, are petitioning that the U.S. withdraw funds from the IARC completely. The website even includes a letter template to help visitors petition their representatives.

ClassAction.com reached out to the IARC about their thoughts on the campaign:

“The American Chemistry Council campaign against IARC is the latest in a series of attacks aimed at discrediting the WHO Cancer Agency and its Monographs’ evaluation program, through misrepresentations and inaccuracies. This is reminiscent of the strategies used by Big Tobacco to spread doubt about scientific conclusions. Unsurprisingly, the ACC as a chemical industry trade association, whose members include Monsanto, is defending its vested interests through this action.”

The EPA May Be Monsanto's Next Target

Mixed into this debate is the EPA, which is currently working on its own review of glyphosate. Lobbyists demand that the EPA reject the IARC’s findings and completely support the use of glyphosate. Interestingly, a U.S. scientist from the EPA was part of the IARC’s glyphosate review.

But, industry pressure has already affected the agency. The EPA's review is already a year overdue and they canceled a series of scheduled public meetings on glyphosate last year after receiving criticism about the members of the scientific panel.

Producing and selling harmful chemicals is one thing, but actively distorting public perception about scientific facts is another. If you or a loved one were diagnosed with non-Hodgkin's lymphoma after using Roundup, contact us today. Our legal team is fighting to hold Monsanto accountable.