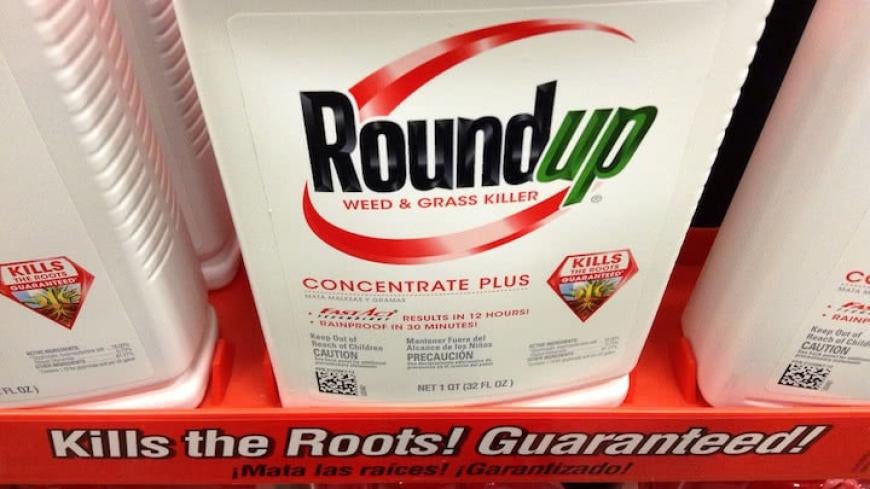 Monsanto is no stranger to controversy. This is the company that brought us Agent Orange, an herbicide deployed during the Vietnam War that wound up traumatizing both the Vietnamese and our own troops. (Monsanto would later reach a $180 million settlement with Vietnam vets over diseases like leukemia, Hodgkin’s disease, non-Hodgkin’s lymphoma, Parkinson’s disease, and respiratory cancer.)

But like Agent Orange, Roundup would be linked to cancer. This herbicide, too, could wind up costing the company millions or even billions due to lawsuits.

In August 2018, the first Roundup lawsuit to go to trial resulted in a $289 million verdict for former groundskeeper Dewayne Johnson. Mr. Johnson was diagnosed with non-Hodgkin’s lymphoma after allegedly using the herbicide at work. 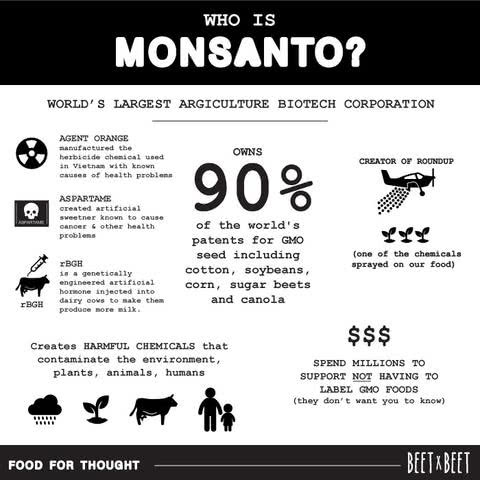 Monsanto patents and releases Roundup-Ready seeds, which are genetically modified to withstand the ubiquitous Roundup herbicide. (These seeds/crops are known as GMCs: genetically modified crops.) This allows farmers to kill weeds (in the short term, at least) without also dooming their own crops.

Over the next 20 years, Roundup-Ready crops will come to dominate their respective markets, eventually reaching a 90% share.

Thanks to the Roundup-Ready patent and relevant legal protections—and Monsanto’s aggressive acquisitions of its competitors—some argue that Monsanto has a monopoly on the biotech industry. (Without question, it is the largest biotech company in the world.)

The Oscar-nominated documentary Food, Inc. is released on June 12. The film shows Monsanto in a harsh light, portraying the company as mobilizing an army of attorneys to bully farmers into using their Roundup-Ready soybeans—and suing those who won’t cooperate.

Importantly, the film emphasizes that the Roundup-Ready seeds are “terminating” seeds. That means farmers can’t replant them; instead, they must go back to Monsanto to buy more seeds whenever they run out.

Food, Inc. inflicts so much damage on Monsanto’s reputation that the company creates several pages on its website just to respond to the charges lobbed in the film.

glyphosate enhances the damaging effects of other food borne chemical residues and environmental toxins. Negative impact on the body is insidious and manifests slowly over time as inflammation damages cellular systems throughout the body.

According to the study, one of the consequences of this negative impact is cancer.

In March, the International Agency for Research on Cancer, or IARC (part of the World Health Organization, or WHO) assesses the potential cancer-causing (carcinogenic) effects of glyphosate (Roundup). It determines that glyphosate is “probably carcinogenic to humans.”

That fall, plaintiffs file the first of several thousand lawsuits against Monsanto over Roundup’s allegedly cancer-causing effects. Many plaintiffs, like Yolanda Mendoza, are home gardeners just sprayed Roundup on their yard every week.

Ms. Mendoza, a mother of three, contracted Non-Hodgkin’s lymphoma in 2013.

"What everyone has in common is that they all used Roundup and they all have non-Hodgkin’s lymphoma.”

For the year, Monsanto rakes in $4.75 billion in herbicide sales.

In April, the Journal of Occupational and Environmental Medicine (JOME) publishes a study that concludes that herbicides like glyphosate are “associated with a high risk of cutaneous melanoma” (skin cancer), “in particular among those exposed to occupational sun exposure.”

In September, pharmaceutical giant Bayer AG announces it will buy Monsanto for $66 billion, raising serious concerns about rising prices for farmers. (This is the second massive merger of the year after the Dow-DuPont deal.)

The next month, federal judges consolidate 21 Monsanto Roundup lawsuits into a multi-district litigation (MDL) in the Northern District of California.

In May, the Department of Justice approves the $63 billion merger between Bayer and Monsanto, the latest in a series of multibillion-dollar agriculture mergers that will give a few multinational corporations unprecedented control over the chemicals and seeds on which farmers rely.

The Many Potential Pitfalls of a Bayer-Monsanto Merger

In June, Bayer announces that it will drop the Monsanto name. (Monsanto is routinely rated one of the most hated companies in America.)

In August, the first Roundup lawsuit to go to trial results in a $289 million verdict for former groundskeeper Dewayne Johnson. Mr. Johnson was diagnosed with non-Hodgkin’s lymphoma after allegedly using the herbicide at work.

If you or a loved one contracted Non-Hodgkin's lymphoma after using Roundup, please contact us for a free legal consultation. Our firm is one of the most successful consumer protection firms in the country, with more than 420 attorneys and a support staff of 2,000. We have a history of standing up to bullies and we do not represent large corporations—that's why our motto is "For the People."

We may be able to help you obtain relief for medical bills, lost wages, pain and suffering, and other expenses. Don't wait; these lawsuits are time-sensitive, and you may be owed money.

Did you contract cancer after using Roundup?