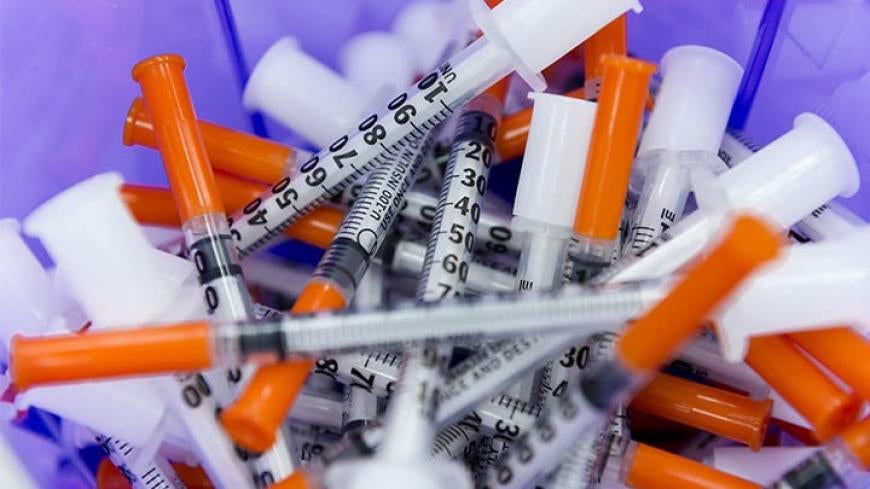 A bipartisan pair of senators may have just charted a path to $765 billion.

On October 31, Amy Klobuchar (D—Min.) and Chuck Grassley (R—Iowa) introduced the Reducing Drug Waste Act of 2017. The cosponsors of the bill are Dick Durbin (D—Ill.) and Jeanne Shaheen (D—NH).

In a press release, Sen. Klobuchar said, “With the skyrocketing costs of prescription drugs, American taxpayers shouldn’t be footing the bill for medicine going to waste. Our bipartisan legislation would begin to address the problem of millions being spent on discarded drugs.”

"American taxpayers shouldn't be footing the bill for medicine going to waste."

Sen. Grassley cited a report which “indicated that Medicare and private insurers waste nearly $3 billion a year on cancer drugs that are distributed in vials that hold too much medicine for most patients.”

The act proposes that the U.S. Food and Drug Administration (FDA) team with the Centers for Medicare and Medicaid Services (CMS) to curb waste and “better manage costs with respect to vial sizes and other drug delivery systems like eye-drops.”

The impetus for the bill was a series of reports by nonprofit newsroom ProPublica, which found that medical waste costs taxpayers billions of dollars a year.

Droppers Dispense Twice as Much Liquid as Needed

In one striking example, ProPublica found that oversized eyedrops cause consumers’ prescriptions to run out much sooner than they should, forcing them to buy another vial. Most eyedroppers release far more liquid than the eye can hold; the excess liquid runs down the person’s cheek or is absorbed by the tear ducts.

Physicians have long known about this waste.

The drops can be twice as large as they need to be—which means the bottle runs out twice as fast and costs the patient twice as much.

Physicians have long known about this waste. A 1992 study in the American Journal of Ophthalmology found that microdrops were as effective as large drops, reduced side effects, and were the preferred treatment of patients.

Bill York, who helmed the study while working for eye care company Alcon, lobbied his employers for “microdroppers,” to no avail. Dr. Alan Robin, an ophthalmologist in Baltimore who consulted on the microdrop study, says he cried tears of joy when he learned of the Reducing Drug Waste Act.

“I’m literally crying with joy,” Dr. Robin told NPR. “I’m very concerned about both the cost issues associated with the waste, the side effects on patients, and also the environmental impact of waste.”

Last year several glaucoma patients filed a class action lawsuit against Alcon, Allergan, Bausch & Lomb, Merck, Pfizer, and Prasco alleging financial harm as a result of this industry-wide system of producing oversize droppers. That lawsuit was certified as a class action last year, then tossed before being revived two weeks ago.

The plaintiffs say these oversize droppers cost them thousands of dollars and amount to “an unfair and unscrupulous scheme.”

Eyedroppers aren’t the only case of squandered resources, unfortunately. The ProPublica series has brought to light a jaw-dropping amount of medical waste:

The question, of course, is whether Congress can weather the flood of cash from Big Pharma and hold its ground. Last year drug makers spent $246 million on lobbying—the most of any industry.

That strategy has worked up until now (it usually does), but with soaring drug and healthcare costs rattling more and more consumers, the tide may turn.