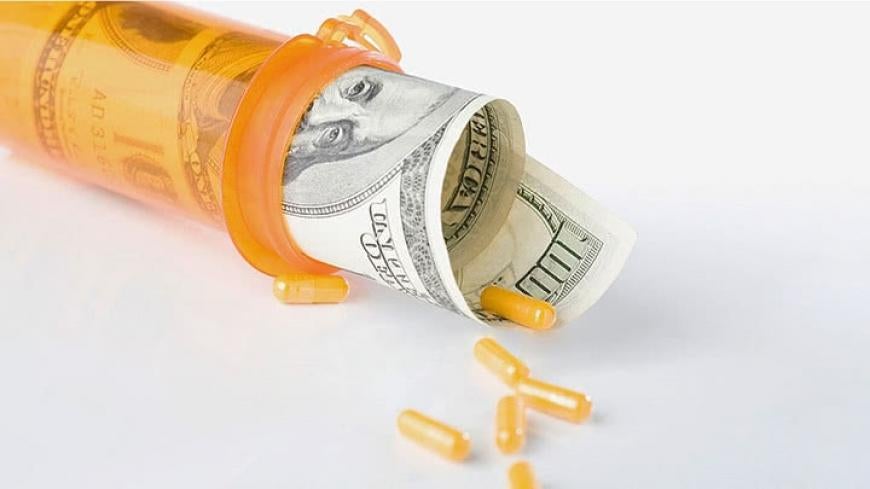 The high cost of drugs is one of the few issues able to muster bipartisan support on Capitol Hill.

President-elect Donald Trump took aim at the pharmaceutical industry during a January 11 press conference when he said that “[drug companies] are getting away with murder—pharma has a lot of lobbyists and a lot of power. There’s very little bidding on drugs; we’re the largest buyer of drugs in the world and yet we don’t bid properly.”

"Drug companies are getting away with murder."

That same day, across the political aisle, Senator Bernie Sanders railed against the industry from the Senate floor, saying, “The American people pay the highest prices in the world for prescription drugs, millions cannot afford the medicine they desperately need, but at the same time the drug companies make out like bandits and their CEOs earn exorbitant compensation packages.”

In the past year, Mr. Trump, Mr. Sanders, and Hillary Clinton have all proposed a simple fix to lowering drug prices: allowing federally run Medicare to negotiate drug prices directly with manufacturers. It’s an idea that 93 percent of Democrats and 74 percent of Republicans support.

Contempt for Big Pharma could be the villain that brings together populist factions on the left and the right. But lowering drug prices is, unfortunately, not as simple as allowing Medicare price negotiations, for several reasons.

Drug Prices by the Numbers

Just how expensive are U.S. prescription drugs? The numbers below help bring into focus an issue causing widespread outrage:

The pharmaceutical and health products industry leads all other industries in political lobbying, according to the Center for Responsive Politics.

In 2015, the industry spent $231 million attempting to influence lawmakers. There are more Washington, D.C. lobbyists working for drug manufacturers than there are members of Congress—in 2015, drug company lobbyists outnumbered Congress members 894-535.

Many drug company lobbyists are so-called “revolvers” who previously held government positions. Over the last 13 years, Mother Jones reports, more than 60 percent of the drug industry’s lobbyists passed through the revolving door from government to lobbying.

FDA Chief’s Conflicts of Interest and the “Revolving Door” Problem

The drug industry is also among the leaders in federal political campaign contributions. Pharmaceutical manufacturers have been top House and Senate campaign contributors for years. In 2016, drug companies contributed more than $19.5 million to Congressional campaigns.

Industry spending increased in the years leading up to the 2003 passage of a Medicare prescription drug benefit known as Medicare Part D, which subsidizes prescription drug costs for Medicare beneficiaries. The program, however, contains an odd restriction: under the Part D law, the federal government is banned from negotiating drug prices with manufacturers.

Lifting this restriction and allowing Medicare to set (and theoretically, lower) drug prices is what Mr. Trump, Mr. Sanders, and others have proposed.

It’s common sense, considering that the U.S. government has significant bargaining power as the nation’s (and the world’s) single-largest pharmaceutical drug purchaser.

There are more lobbyists in DC working for drug manufacturers than there are members of Congress.

So why have numerous bills introduced over the last 13 years that would allow such negotiations failed? For the same reason that the Part D restriction was added in the first place: the drug industry lobbying machine.

“It’s Exhibit A in how crony capitalism works,” says Rep. Peter Welch (D-VT). “I mean, how in the world can one explain that the government actually passed a law saying that you can’t negotiate prices? Well, campaign contributions and lobbying obviously had a big part in making that upside-down outcome occur.”

Medicare Negotiations Not a Cure-All

In fact, the Congressional Budget Office has found that letting Medicare negotiate drug prices would have a negligible fiscal impact.

Part of the reason is that if the government could negotiate drug prices, it would likely only focus on the most expensive Medicare-covered drugs, says John Rother of the project Campaign for Sustainable Rx Pricing.

Medicare Part D covers six “protected classes” of medications associated with complicated diseases such as HIV, cancer, and epilepsy. Part D allows patient access to “all or substantially all” medications within these classes. In other words, the government has less bargaining power for protected drugs because it doesn’t have the option to refuse coverage for them.

A similar requirement is found in private health care insurance laws that “force insurers to include essentially all expensive drugs in their policies, and a philosophy that demands that every new health care product be available to everyone, no matter how little it helps or how much it costs,” according to Peter B. Bach of the Center for Health Policy and Outcomes at Memorial Sloan Kettering Cancer Center.

Europeans pay half as much as Americans for prescription drugs.

Letting insurance companies say “no” to even a handful of drugs each year—a policy employed by many European countries—could substantially lower drug prices. Europeans pay about half as much as Americans for prescription drugs.

The U.S. Department of Veterans Affairs (VA) has more leeway to set its own formulary than Medicare does. The VA only covers about 59 percent of the 200 most popular drugs, compared to 85 percent for Medicare and 93 percent for some private firms. By one estimate, the VA pays 40 percent less than Medicare for drugs.

Narrowing consumer choice, however, is a politically salient issue. In 2014, when the Obama administration proposed removing some categories of drugs from the Part D protected list—at an annual savings of $1.3 billion—strong patient backlash squashed the plan.

By one estimate, the VA pays 40 percent less than Medicare for drugs.

There’s also a downside to price controls. If Medicare received the same discounts as the VA, it could save $155 billion over ten years. But since drug companies spend about one-quarter of revenues on research and development, this savings would take away about $36 billion from new drug development over a ten-year span.

Not All Drugs Are Created Equal

Grouping all medications together in the drug price discussion oversimplifies a complex issue.

Doctors Ari B. Friedman and Janet Weiner have written about five distinct drug price storylines, each with its own causes and solution.

Turing Pharmaceuticals raised the price of Daraprim by 5,000%—overnight.

Some drugs, they argue, such as Hepatitis C treatment Sovaldi (cost: $1,000 per pill) are cost-effective despite being extremely expensive because they cure diseases with serious consequences and poor treatments and thus provide a net societal benefit.

Other drugs, however, are new and expensive but not very effective. Their low value does not equate to an overall positive cost-benefit ratio.

Complicating matters further is the so-called “moral hazard” of insurance, or the idea that health insurance causes people to use more—and more costly—medical products and services, leading to spending increases and inefficiencies. From this standpoint, greater consumer information about drug costs and benefits, in particular regarding marginally effective drugs, can help reduce insurance’s moral hazard.

Yet another piece of the drug price puzzle is limited generic competition stemming from the FDA’s slow drug review process. There’s been a recent trend of companies acquiring formerly inexpensive generic drugs and drastically raising prices—such as the notorious Daraprim, which Turing Pharmaceuticals marked up 5,000% overnight.

These distinct storylines show there is no one-size-fits-all solution for lowering drug prices. They also suggest that a well-intentioned health care policy—such as FDA oversight—can create unintended pricing consequences.

The cost of developing a drug is estimated at $2.6 billion.

A 2014 report published by the Tufts Center for the Study of Drugs puts the cost of developing a prescription drug—from the laboratory to FDA approval—at $2.6 billion. That’s a 145 percent increase over the same cost estimate made in 2003.

That $2.6 billion figure includes both direct costs, such as testing and development, as well as indirect opportunity costs—the money the company could have made had it invested in something other than drug development.

Assuming these calculations are accurate, they still don’t account for the 164 percent drug price increase seen since just 2008. What’s more, one can poke numerous holes in the cost estimate.

For starters, the Tufts report is largely funded by the pharmaceutical industry, which has a vested interest in promulgating a high drug cost narrative.

The report also only takes into account new molecular entities—the most expensive type of drugs that companies develop. In addition, the estimate doesn’t reflect taxpayer funding of new drugs through the National Institutes of Health and other groups. Drug research costs are tax-deductible as well, meaning the public bears part of the expense.

Finally, the report conveniently fails to mention that drug companies spend twice as much on marketing and promoting their products as they do on research and development.

None of this is to say that developing new drugs isn’t expensive, or important for the next generation of treatments.

It’s not as if Americans are begrudging Big Pharma for making a profit. Our free-market system is built on a quid pro quo arrangement that sees innovators get rich from making publicly useful products.

“A drug company can increase the price of a product many times over, and people will still buy it because they need it,” says Dr. Kevin Riggs of Johns Hopkins University. “At the end of the day, they largely charge whatever the market will bear—and with lifesaving medication, that’s a lot.”

Consumers can do their part to lower drug prices by asking for generics whenever possible.

Most Americans believe the government needs to take action on drug prices and keep Big Pharma from “getting away with murder.”

Aside from price control steps the new administration may take, consumers can do their part by asking for generic drugs whenever possible, speaking out on rising drug costs, and holding companies accountable for dangerous drugs.