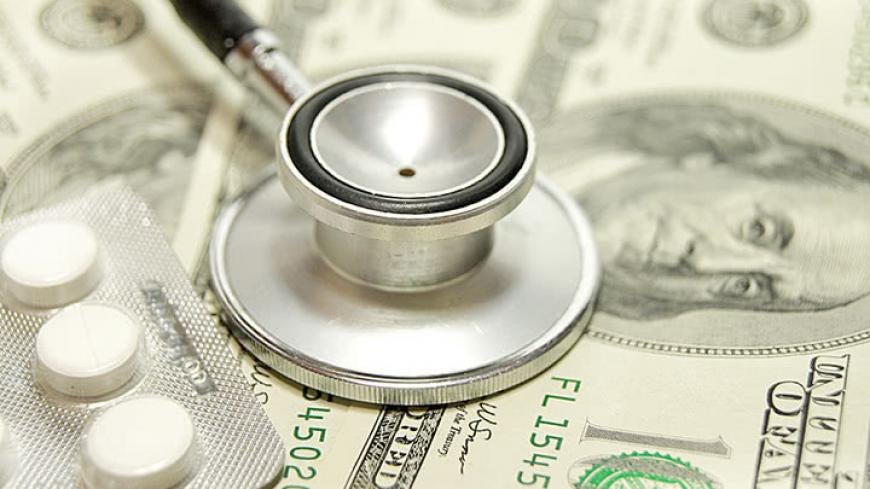 New research is confirming what many have long suspected: doctors who take money from BigPharma tend to prescribe brand name drugs at higher rates than doctors who do not accept drug company payments.

“You want your doctors to be objective rather than doing something because there is a financial gain, be it subconscious or conscious."

Improved transparency laws are shedding light on physician-industry relationships and igniting debate about the propriety of these ties. While not illegal, industry payments can lead to decreased patient trust, increased drug costs, and other negative health care outcomes. There’s also no evidence that branded drugs work better than generic equivalents or produce greater patient satisfaction.

While a Harvard study suggests there is a positive correlation between the amount of industry money received and the rate of brand name prescribing, a study out of the University of California shows that even a single meal can make a difference. Both studies confirm a first-of-its-kind analysis performed by ProPublica.

They found that doctors’ rate of prescribing brand name statins increased 0.1% for every $1,000 in industry money received. Payments for educational training were associated with a 4.8% uptick in brand name prescribing rates. The researchers called their findings, published in JAMA Internal Medicine, “concerning.”

“You want your doctors to be objective rather than doing something because there is a financial gain, be it subconscious or conscious,” Dr. Yeh told ProPublica.

Not only are prescription drugs significantly more expensive than generics, but patients are also less likely to continue taking costlier drugs, which can lead to worse patient health outcomes.

Yeh and ProPublica caution that the study results don’t necessarily show a causal relationship between doctor payments and brand name prescribing, because the data alone can’t account for factors such as why a doctor chose a particular drug, or whether pharmaceutical companies target doctors who already prescribe brand name drugs in higher numbers.

Most industry payments to doctors are not supplied in the form of cold hard cash. Instead, payments tend to be provided as speaking fees, consulting compensation, travel and lodging for company-sponsored training events, tickets to shows, charitable contributions, and meals.

A meal might not seem like enough to sway a doctor’s prescribing patterns, but according to a new study out of the University of California San Francisco, a single drug company lunch worth less than $20 could convince a doctor to prescribe a promoted drug over competitors.

Published in JAMA Internal Medicine, the study analyzed 2013 data from the federal Open Payments Program and Medicare Part D associated with three brand name cardiovascular drugs (Crestor, Pristiq, and Benicar) and one brand name anti-depressant (Pristiq). It concluded that doctors treated to a single industry-sponsored meal promoting the drug of interest were significantly more likely to prescribe that drug. The more meals doctors received, the more likely they were to prescribe the promoted drug. Each of the drugs had lower-cost generic alternatives.

“I don’t think there is a doctor out there who thinks, ‘I can be bought for a hero or a slice of pizza.’”

According to the study authors, industry-sponsored meals account for about 80% of the total number of industry payments to physicians. The findings are important because they suggest that it doesn’t require hefty consulting fees or lavish entertainment to influence doctor prescribing trends. A single lunch appears sufficient to provide a big payoff for drug companies.

Lead author R. Adams Dudley told the Wall Street Journal, “I don’t think there is a doctor out there who thinks, ‘I can be bought for a hero or a slice of pizza.’” But Dr. Dudley added that it is human nature for a doctor to listen to the pitch of a sales representative who provides a free meal, and this can affect prescribing patterns.

The authors stress the findings represent an association, not cause-and-effect, but in an accompanying editorial, JAMA Internal Medicine editor-at-large Robert Steinbrook said that proving a causal relationship may not be necessary.

"There are inherent tensions between the profits of health care companies, the independence of physicians and the integrity of our work, and the affordability of medical care,” wrote Mr. Steinbrook. “If drug and device manufacturers were to stop sending money to physicians for promotional speaking, meals, and other activities without clear medical justifications and invest more in independent bona fide research on safety, effectiveness, and affordability, our patients and the health care system would be better off."

It may seem obvious that drug company payments affect doctor prescribing patterns, but until this year, proof for the trend had been lacking.

In March 2016, ProPublica published the results of an extensive analysis that shows money from the medical industry results in doctors prescribing a higher percentage of brand name drugs.

According to the analysis, which looked at doctors across five common specialties who wrote at least 1,000 prescriptions in Medicare’s Part D drug program, doctors who received more industry money tended to prescribe brand name drugs at a higher rate. The highest percentages of brand name prescribing were associated with payments of $5,000 or more, but even a single meal was correlated with a higher brand name prescribing rate. Overall, doctors who received industry payments were two to three times more likely to prescribe brand name drugs at very high rates as other doctors in the same field, the analysis shows.

ProPublica’s research “confirms the prevailing wisdom… that there is a relationship between payments and brand name prescribing,” said Dr. Aaron Kesselheim of Harvard Medical School. “This feeds into the ongoing conversation about the propriety of these sorts of relationships. Hopefully we’re getting past the point where people will say, ‘Oh, there’s no evidence that these relationships change physicians’ prescribing practices.’”

Although the analysis does not prove that industry payments cause doctors to prescribe specific drugs or a specific drug company’s products, it shows that doctor payments in general benefit Big Pharma’s profits.

“There is a very good reason why drug companies spend billions of dollars on their sales and promotional efforts: the strategy works,” said James Young, an attorney for Morgan & Morgan.

Despite their higher price tag, name brand drugs do not work any better than generics, according to research. There also isn’t much difference between name brand and generic drugs in terms of patient satisfaction.

Generic drugs, furthermore, may have a better-understood safety profile. In order to be sold as generics, drugs must be on the market for many years, and this real world use is very effective at picking up on potential side effects. The safety of newer drugs, on the other hand, is largely based on clinical trials with smaller population sizes that may underrepresent poor patient outcomes in the real world.

“Next time your doctor writes a prescription for a brand drug, ask her why she chose that drug over generics or competitors.”

Finally, studies show that the mere belief that physicians are receiving industry money can undermine a patient’s faith in their doctor. A 2012 study, for instance, found that more than half of patients surveyed said they would have less trust in their physician if they found out he or she accepted gifts, went on industry-sponsored trips, or received sporting event tickets.

So what can you do if you want to know more about your doctor’s industry ties? James Young of Morgan & Morgan encourages patients to challenge their doctor’s prescribing habits.

“Next time your doctor writes a prescription for a brand drug, ask her why she chose that drug over generics or competitors,” says James Young.

Patients can also check the government’s Open Payments Database to find out how much drug companies are paying their doctor. ProPublica offers a similar tool through their Dollars for Docs project.