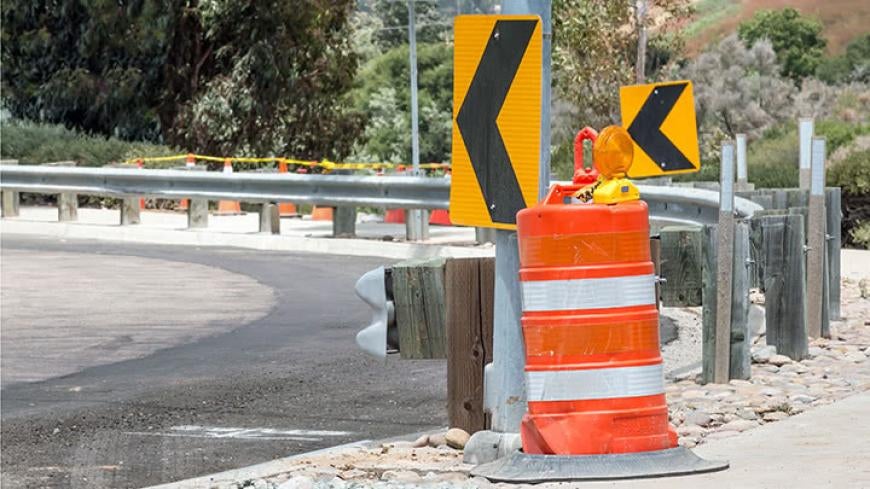 Like airbags, guardrails are supposed to protect people in the event of a crash. But as with airbags, a poorly designed guardrail can wind up further injuring passengers—in some cases, fatally.

Lindsay Transportation Systems’ X-LITE guardrail end has now been linked to at least seven deaths in three states: Tennessee (four), Missouri (two), and Virginia (one). The deaths are often grisly, with the guardrail acting as a spear that impales the passenger.

Instead of telescoping—wherein the rails’ parts slide into each other, absorbing the impact of the crash—the X-LITE rails sometimes pierce the vehicle and its occupants.

But Lindsay has denied that the X-LITE guardrail ends have any structural or design flaws. A statement by the president of the company’s infrastructure division, Scott Marion, reads:

For decades, Lindsay Transportation Solutions has made safety our No. 1 priority... It is widely recognized that there are impact conditions that exceed the performance expectations of all safety equipment, and equipment’s inability to singly prevent every tragedy does not indicate a flaw or defect.

The families of victims are taking action as well. Several have filed lawsuits against Lindsay Corp. alleging that the guardrail ends were defectively designed.

If you or a loved one were injured by a defective guardrail, contact ClassAction.com right away for a free, no-obligation legal consultation. We are currently pursuing lawsuits against manufacturers, and you pay nothing unless we secure you an award.

Teenager Posthumously Billed for Guardrail That Killed Her

One victim of Tennessee’s X-LITE guardrails, 17-year-old Hannah Eimers, received a bill from the Tennessee Department of Transportation (TDOT) after her death for nearly $3,000. The bill was for the guardrail that had impaled her.

Ms. Eimers’ father Steven was incensed. “They had the audacity to send us a bill in her name for $3,000 for killing her,” he told news station WVLT.

"Their policy was to leave it on the road, playing Russian roulette with people's lives."

TDOT spokesman Mark Nagi said the bill was a processing error and vowed it would never happen again. He said the department had mailed the Eimers family a follow-up letter apologizing for the mistake.

But an apology won’t bring back Hannah Eimers, who passed away after a crash on Interstate 75 in Tennessee on November 1, 2016.

“TDOT knew this was dangerous and that it wasn’t performing well,” her father said. “They should have removed it, but their policy was to leave it on the road, playing Russian roulette with people’s lives.”

Three of the four people who died in Tennessee after hitting X-LITE guardrail ends were aged 21 or younger, including Jacob Davison (18) of Zionville, NC and Lauren Beuttel (21) of Johnson City, TN. (The other was Wilbert Byrd, aged 69, of Detroit.)

Beuttel’s mother, Ladeana Gambill, told CBS News, “To think that she died senselessly—that’s why we want to bring awareness to this issue. So that other folks don’t lose their children in this manner.”

In a letter from TDOT commissioner Joan Schroer to the Federal Highway Administration’s (FHWA’s) Tennessee branch, TDOT acknowledged that in some crashes the guardrail ends failed to telescope as they should.

The letter also noted that some unclear X-LITE instructions “may cause installation deficiencies.”

Companies Safety-Test Their Own Guardrails

If these guardrail ends are so dangerous, how did they end up on the road in the first place? Well, the X-LITE rails were tested, but you’ll never guess who did the testing.

Lindsay says it informed the FHWA that it owned Safe Technologies. The company released a statement in April, which reads, “The X-LITE guardrail terminal successfully passed crash and safety tests in accordance with federal standards and criteria, and remains qualified for use on America’s roadways.”

A 2016 study by the Government Accountability Office (GAO), “More Robust DOT Oversight of Guardrails and Other Roadside Hardware Could Further Enhance Safety,” concluded that the “FHWA’s oversight of the [crash testing] process does not address potential threats to independence.”

Two-thirds of testing labs evaluate products developed by their own parent organization.

The GAO found that two-thirds (six of nine) testing labs “evaluate products that were developed by employees of the parent organization,” putting their objectivity in serious jeopardy.

The X-LITE guardrails are not the only ones whose testing has been called into question. In June 2015, a federal judge in Texas leveled a $663 million award against Trinity Industries after it allegedly made defective guardrails that could slice through vehicles.

A whistleblower named Joshua Harman discovered a 2005 Trinity design change—and flaw—in 2011, which Trinity failed to report to the FHWA as required by law.

Mr. Harman and the U.S. Treasury Department were awarded $525 million as part of that Texas verdict.