Power morcellator lawsuits allege that the devices spread undetected cancer in women, and that manufacturers failed to warn of this potential side effect. Some cases have reportedly resulted in significant settlements.

While no power morcellator lawsuits have yet gone to trial, some have been settled confidentially.

Hundreds of power morcellator injury and wrongful death lawsuits are pending in state and federal courts against a number of device manufacturers.

Johnson & Johnson (through its Ethicon division) was the market leader in morcellator sales prior to pulling its devices from the market in 2014. J&J faces the lion’s share of morcellator lawsuits with about 100 total claims against it, but companies that include Richard Wolf GmbH, Karl Storz GmbH, and LiNA Medical are also facing cases. A multidistrict litigation (MDL) was formed in Kansas federal court to centralize J&J/Ethicon morcellator lawsuits.

While no power morcellator lawsuits have yet gone to trial, some have been settled confidentially. Companies often opt to settle cases to prevent public disclosure of the facts and to avoid large awards from sympathetic juries, which can assign “punitive” damages to punish defendants and deter similar future conduct.

Lina Medical confidentially settled a morcellator lawsuit in July 2015. The lawsuit, which accused Lina Medical of failure to warn about the risks of spreading cancer with morcellation, was filed by a Pennsylvania man whose wife underwent a morcellator-aided hysterectomy and passed away 11 months later from sarcoma cancer.

As reported in March 2016 by The Wall Street Journal, Johnson & Johnson has settled about 70% of the roughly 100 morcellator lawsuits it is facing. Individual settlements are said to be in the range of $100,000 to $1 million based on factors that include a woman’s age, overall health, and whether she has children. J&J morcellator lawsuits allege that the devices spread undetected tumors and that the manufacturer knew (or should have known) of this risk but failed to adequately warn the public.

Did You Experience Medical Device Complications?

Share your story with us during a no-cost, no-obligation, confidential case review. We'll let you know what your options are and how we can help you hold a device manufacturer accountable. 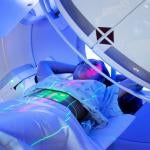