Metal-on-metal (MoM) hip implants have spawned massive recalls and thousands of lawsuits, some of which have been settled for billions of dollars. Now, Stryker’s V40 femoral heads have spurred an alert from the company warning against loss of mobility, pain, inflammation, and dislocation.

Metal-on-metal (MoM) hip implants have spawned massive recalls and thousands of lawsuits, some of which have been settled for billions of dollars. In the fall of 2014, Stryker agreed to pay $1.43 billion to settle thousands of lawsuits concerning its ABG II and Rejuvenate hip stems. Under the settlement, each plaintiff could receive as much as $600,000 in damages.

Stryker agreed to pay $1.43 billion to settle thousands of lawsuits.

Now, Stryker’s V40 femoral heads—which are used in MoM hip replacements—appear hazardous enough to warrant an alert from the company warning against potential side effects, such as loss of mobility, pain, inflammation, and dislocation. In November 2018, Stryker reached a confidential settlement agreement that will resolve hundreds of V40 femoral head lawsuits.

If you or a loved one required revision surgery because of a defective hip implant, contact us for a free, no-obligation legal consultation.

In December 2016, this settlement was expanded to include anyone who underwent revision surgery before December 19, 2016.

Prior to this settlement, a Utah ski instructor named Robyn Christiansen won $11 million from a jury in the Conserve bellwether trial. A judge later reduced that award to $2.1 million, which Wright still challenged. They lost that challenge in April 2017, when a judge upheld the $2.1 million award.

In April 2017, an Albuquerque jury awarded $2 million to Brian McDonald, an economist who received a faulty Zimmer Inc. hip replacement in 2010. Debris from the metal-on-metal hip implant gave Mr. McDonald metal poisoning and caused his leg muscle to deteriorate and even die.

Mr. McDonald had a revision surgery to replace the metal implant in his hip only to get an infection during that surgery. He then required a third operation to remove the leg muscle that had died.

Mr. McDonald says he can walk but cannot play sports. The threat of re-infection will loom for the rest of his life, which most likely factored into the jury's decision.

Hundreds of Stryker V40 lawsuits will be resolved under the terms of a confidential settlement agreement reached between Stryker and injured patients in November 2018. The settlement will resolve the lawsuits in the New Jersey and Massachusetts multidistrict litigation filed against Stryker.

DePuy’s Pinnacle hip implants have caused similar side effects to the ASR models and generated thousands of lawsuits by affected patients.

There are still thousands more Pinnacle cases currently on trial in North Texas courts as an MDL (multi-district litigation). This is a bellwether trial for Pinnacle, which means its outcome will influence other Pinnacle lawsuits and perhaps persuade J&J to settle future cases.

We can help. If you or a loved one has a metal-on-metal hip implant, contact us today for a free, no-obligation consultation. You may be able to hold the manufacturer responsible and get relief for past and future medical expenses, pain and suffering, lost wages, and other damages.

Free Case Review
Did you suffer unforeseen side effects from a metal-on-metal implant? 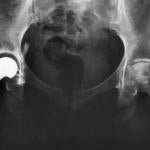