Victims have been awarded billions in judgments from terrorist sponsors like Iran and Syria. Now, they can seek justice against any government that supports terrorism.

However, while the ability to sue an ally of the U.S. is new, suing foreign governments for acts of terror isn't. The Foreign Sovereign Immunity Act includes an exception that allows individuals to sue U.S. Department-designated sponsors of terrorism. Currently Iran, Syria, and Sudan are on that list.

Since the 1990s, U.S. courts have held countries liable for sponsoring acts of terror, paving the way for 9/11 victims to seek justice against Saudi Arabia. In addition to these legal avenues, 9/11 victims may be eligible for compensation from federal funds.

ClassAction.com is no longer accepting clients for the JASTA lawsuit. However, if you you lived, worked, or studied south of Manhattan’s Canal Street from September 11, 2001 to May 31, 2002 and were diagnosed with a respiratory illness or cancer, you may be eligible for compensation under the 9/11 Victims Compensation Fund.

The James Zadroga Health and Compensation Act was established in 2010 to help compensate 9/11 survivors who suffered 9/11-related injuries or illnesses. The bill, which funded the 9/11 Victims Compensation Fund, was originally scheduled to expire in 2016. However, on December 18, 2015, Congress voted to extend the deadline to December 18, 2020.

The 9/11 Victims Compensation Fund can help recover compensation for medical bills, lost wages, and pain and suffering for the injuries survivors have suffered. Congress recently allocated an additional $4.6 billion to better compensate these claims.

If you lived or worked south of Manhattan's Canal Street from September 11, 2001 through May 2002 and you developed any form of respiratory illness or cancer between 2014 through 2020, you may be entitled to compensation. Contact ClassAction.com for a free case review.

The Flatow family’s lawsuit against Iran changed how terror victims seek justice in court. In 1995, Alisa Flatow, who was studying abroad in Israel, was killed when a truck filled with explosives crashed into the bus she was riding.

Though Iran was designated as a foreign state sponsor of terrorism, there were uncertainties over whether the exception was limited to state officials and employees. This discrepancy led to the creation of the Flatow Amendment, which allowed the family and future victims to sue foreign governments who sponsor terrorism.

On September 4, 1997, three suicide bombers blew themselves up on Ben Yehuda, a pedestrian mall in Jerusalem. The attacks killed five and injured nearly 200.

In 2001, the Iranian government was hit with a $71 million judgment for their involvement in the attacks. Iran ignored that verdict, resulting in a default judgment for $423.5 million in damages for the families of the U.S. victims.

In 1988, Pan Am Flight 103 was destroyed by a bomb over Lockerbie, Scotland. All of the passengers and crew were killed, including 188 Americans. The attack was traced back to Libya.

In 2002, Libya agreed to a $2.7 billion settlement to compensate the families of the U.S. victims. Libya’s payment terms, however, included lifting U.N. sanctions, U.S. trade sanctions, and removing the country from the U.S. Department’s list of states sponsoring terrorism.

In 2003, Libya sent a letter to the UN formally accepting "responsibility for the actions of its officials," and paid 80% of the damages.

Payment of the remaining $540 million was delayed because the U.S. did not remove Libya from the state sponsors of terrorism list by the agreed upon deadline. However, Libya settled this debt when the U.S. reinstated democratic relations with the country in 2006.

On June 25, 1996, members of the Iranian-backed terrorist group Hezbollah Al-Hejaz detonated a truck bomb next to the Khobar Towers in Saudi Arabia, which served as headquarters for the Coalition forces. Nineteen U.S. Air Force servicemen died in the attacks.

In 2002, families of the victims filed a lawsuit against Iran, resulting in a $254 million verdict four years later.

In 2001, families of the 241 U.S. peacekeepers who died in the 1983 Beirut Marines barracks bombings sued Iran for their alleged involvement. Judge Royce C. Lamberth ruled that the terrorist group responsible for the attacks, Hezbollah, were under Iran’s direction, making the country liable.

In 2007, a $2.65 billion judgment was issued against Iran. In 2012, Judge Lamberth ordered Iran to pay an additional $813 million in damages and interest. Though the plaintiffs had difficulty initially collecting payment from the country, they continue to receive full support from the U.S. courts and Congress, resulting in favorable cases like Bank Markazi v. Peterson (below) that ensure damages are paid.

In 1990, El Sayyid Nosair assassinated Rabbi Meir Kahane at a Marriott hotel in Manhattan. While fleeing the premises, he shot and injured Irving Franklin and Carlos Acosta, a postal police officer who captured and arrested Mr. Nosair. It was later discovered that Mr. Nosair was part of the Al-Gam'aa Islamiyah terrorist group, backed by Iran.

Mr. Acosta, Mr. Franklin, and the family of Rabbi Meir Kahane collectively sued Iran for their involvement. In 2008, Iran was hit with $300 million in punitive damages.

In 2004, two U.S. military contractors, Jack Armstrong and Jack Hensley, were abducted and decapitated in Iraq by members of al-Qaeda. In 2011, a $413 million judgment against Syria was issued for “providing material support” necessary to carry out the attacks.

The Wultz family sued Iran and Syria for a 2006 terrorist attack in Tel Aviv. A Palestinian suicide bomber attacked the restaurant where Telly Wultz and his 16-year-old son Daniel were dining, injuring Telly and killing Daniel.

A jury issued a $332 million judgment in the family's favor.

In 1985, Syrian-backed terrorists attacked holiday travelers in Rome and Vienna airports, killing 16 and injuring more than 100. In 2006, an international team of lawyers came together to seek justice against Syria.

Judge John M. Facciola awarded $1 billion to each victim in 2013, altogether totaling $25 billion. He assigned Syria responsibility for the attacks, saying, “The Rome and Vienna Airport attacks could not have taken place without Syria’s direct support.”

Archaeologists Marvin Wilson and Ronald Wyatt were kidnapped in Turkey in 1991, where they were leading an excavation. Their captors—members of the Kurdish Workers Party—held them for 21 days before they were able to escape. Mr. Wilson, along with Mr. Wyatt’s family, sued Syria for their involvement, resulting in a $338 million verdict.

When Iran ignored multiple default judgments for terrorist attacks they were allegedly connected with, including the Beirut Bombings and the Khobar Towers bombings, plaintiffs obtained a court order to prevent Iran transferring their funds from a Bank Markazi account in New York. In 2016, the Supreme Court declared that $2 billion of Iran’s frozen assets should go to the victims.

This decision piggybacks off of the Victims of State Sponsors of Terrorism Fund created by Congress to compensate victims of terror who received court rulings in their favor. This bill specifies that the $3.8 billion in seized funds from BNP Paribas (a bank in France that violated sanctions against Iran, Cuba, and the Sudan), would be used exclusively for the Victims of State Sponsors of Terrorism and the 9/11 Victims Compensation Funds.

More than 6,500 plaintiffs are involved in the consolidated, multi-district litigation (MDL) lawsuit In re Terrorist Attacks on September 11, 2001. In 2011, Judge George B. Daniels ruled that Iran was liable for providing "material support" to al-Qaeda.

Since his ruling, default judgments against Iran have been made in favor of victims’ families and insurance companies. These include one for $6 billion in 2012, a $10.5 billion judgment issued in March 2016, and a $1.8 billion judgment made on October 31, 2016.

Free Case Review
Were you diagnosed with cancer or a respiratory illness because of the 9/11 attacks? 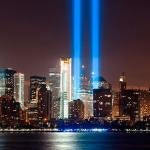 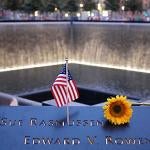 Are you a 9/11 survivor suffering from cancer or a respiratory illness?