Benicar (olmesartan medoxomil) and its sister drugs Azor and Tribenzor are used to treat high blood pressure. But they may cause severe gastrointestinal injuries, including the rare disorder sprue-like enteropathy. Originally the drug labels did not warn against these side effects.

On August 1, 2017, Daiichi Sankyo reached a $300 million settlement to resolve these lawsuits.

In March 2015, a group of federal judges ordered that Benicar lawsuits filed in different states be consolidated into a single multidistrict litigation (MDL, or mass tort) in New Jersey. Around 2,300 claims were eventually consolidated in the MDL.

A mass tort is similar to a class action in that it groups together many similar lawsuits for streamlined processing. But unlike a class action, a mass tort allows each lawsuit to be handled individually. This means that MDL plaintiffs have their own lawsuit and, for patients who are seriously injured, it may also mean that they have a better chance of receiving a fair financial recovery.

On August 1, 2017, Daiichi Sankyo reached a $300 million settlement with plaintiffs who filed lawsuits over Benicar and related drugs. This settlement fund covers all lawsuits filed against the drug maker since January 2014. A portion of this fund will also go to attorney fees and the Claims Administrator.

“We believe a settlement is in the best interest of all."

Glenn Gormley, Daiichi Sankyo’s Executive Chairman and President, said, “We believe a settlement is in the best interest of all, and will allow us to continue our focus on bringing to market innovative medicines that help people live healthy and meaningful lives.”

In settling these lawsuits, Daiichi Sankyo did not admit any wrongdoing.

But the $300 million will hit the company extra hard given its financial situation. In 2016, Daiichi Sankyo lost patent exclusivity for Benicar, which had generated billions in revenue. In the wake of that blow, Daiichi Sankyo laid off more than 1,200 employees and scaled back its operations in Germany and Japan.

Don’t Miss Out on a Million-Dollar Settlement

If you or a loved one suffered side effects from a drug and those effects were not listed on the warning label, you may be eligible for a lawsuit against the drug manufacturer. Contact us today to learn your rights and explore your options. You could be owed money for damages.

Our attorneys have extensive experience taking on Big Pharma, and we have won more than $5 billion for our clients. We operate on the contingency basis, which means you pay nothing unless we get you an award or settlement.

Free Case Review
Did you suffer unexpected side effects from a drug? 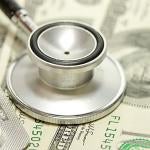 Did you suffer unexpected side effects from a drug?