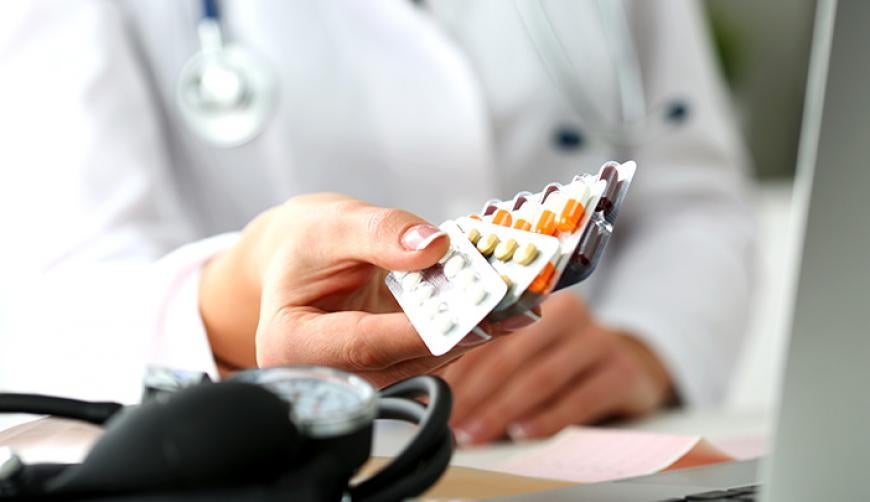 Studies show that treating prehypertension with medication is often ineffective and unnecessary, raising questions about the AHA and ACC’s motives.

The American Heart Association (AHA) and the American College of Cardiology (ACC) released new guidelines earlier this month which lower what they consider to be “healthy” blood pressure levels.

The AHA and ACC modified the guidelines in hopes that with more advanced warning, more Americans may be able to take preventative measures to lower their blood pressure before it causes a life-threatening incident like a stroke.

“High blood pressure should be treated earlier with lifestyle changes and in some patients with medication,” said the ACC in a statement.

But studies show that treating prehypertension (now Stage 1) with medication is often ineffective and unnecessary, raising questions about the AHA and ACC’s motives to change blood pressure guidelines.

The number of patients recommended for treatment will increase by 7.5 million people.

Under the new guidelines, the number of Americans with mild hypertension will increase by 26.8%, meaning that half of all Americans will now be considered to have elevated blood pressure.

Were the old blood pressure guidelines too high, leaving some Americans vulnerable to developing heart disease or having a stroke? Not necessarily.

Even back when 140 was considered “mild” hypertension (now it’s stage 2), a 2014 report in the journal BMJ argued that mild hypertension was overtreated.

“Evidence suggests no net benefit from drug treatment of mild hypertension in people without the higher risks of diabetes or chronic kidney disease,” authors Dr. Stephen Martin and Dr. James Wright wrote. “Nevertheless, most people with mild hypertension are treated with drugs.”

And it’s costing us. The U.S. spends $32 billion each year on mild hypertension alone. That number is now set to spike: The number of patients recommended for treatment, including prescription drugs, will increase by 7.5 million people, and 13.9 million more people will be recommended for more intensive treatment.

The AHA did recommend that medication should only be prescribed to those with Stage 1 hypertension if they have had a heart attack or stroke in the past, or if they are at high risk of having a cardiovascular event because of their age, existing chronic kidney disease or diabetes, or their risk of developing atherosclerotic disease.

This recommendation still leaves enough grey area for medications to be prescribed though, and the AHA did nothing to steer physicians away from over prescribing medication to patients with blood pressure over 140. In fact, by labeling it as Stage 2 hypertension rather than Stage 1, they made medication seem even more necessary, not less.

“When individuals have commercial ties they are vulnerable to developing subtle, but sometimes powerful, pro-industry ways of thinking.”

If these new blood pressure numbers may cause more harm than good, then why did the AHA and ACC change them? Financial incentives may be to blame.

Of the 15-member panel responsible for writing the new guidelines, six had financial ties to the pharmaceutical industry, including the panel’s co-chair. The panelists had ties to pharmaceutical companies like Merck, Pfizer, and AstraZeneca—all of which manufacture drugs that treat hypertension. These ties may include anything from paid consulting positions to all-inclusive conference packages at luxurious resorts.

It isn’t just the panelists who have ties to Big Pharma; the association leadership does, too.

Overall, the AHA received $30 million from pharmaceutical and medical device manufacturers in the 2015-16 fiscal year.

Lisa Cosgrove, Fellow at the Edmond J. Safra Center for Ethics at Harvard University, explained the dangers of pharmaceutical ties on committee guidelines in a Forbes article: “When individuals have commercial ties they are vulnerable to developing subtle, but sometimes powerful, pro-industry ways of thinking.”

It certainly seems plausible when you look at former AHA President Dr. Robert Eckel’s actions, who received nearly $33,000 in industry payments in 2014. He testified in front of the FDA in favor of Praluent, a cholesterol-lowering drug, and also co-authored AHA’s guidelines on the “Treatment of Blood Cholesterol,” in which he explained how more Americans could benefit from statins.

Statins, Dr. Eckels wrote, “Could be prescribed to an estimated 33 million Americans without cardiovascular disease who have a 7.5 percent or higher risk for a heart attack or stroke within the next 10 years.”

It’s a problem that the Institute of Medicine (a division of the National Academies of Science, Engineering, and Medicine) is trying to fight. In 2011, they issued new committee guidelines which proposed that leadership and the majority of committee members be free from conflicts of interest.

Having guidelines is one thing—the next step is getting researchers to follow them.

Researchers at the University of Maryland School of Medicine reviewed 130 clinical practice guidelines to see how many were already following IoM’s recommendations. According to the study results, as of June 2011, more than two-thirds of committee chairs and 91 percent of co-chairs reported a conflict of interest. Less than half of committees at the time even reported their ties to the industry.

Suffering from Severe Side Effects?

Regardless of why the blood pressure guidelines were lowered, we do know that millions more Americans will be prescribed medication which may do more harm than good. Benicar and its sister drugs Azor and Tribenzor have been connected to intestinal issues like sprue-like enteropathy, and Lisinopril (or Zestril and Prinivil) has been associated with an increased risk of liver damage and liver failure.

If you or a loved one suffered severe side effects from a medication, you may be eligible for a lawsuit against the manufacturers. Contact us today for a free, no-obligation legal review.