The Patient Advocacy Groups that Accept the Most Big Pharma Money 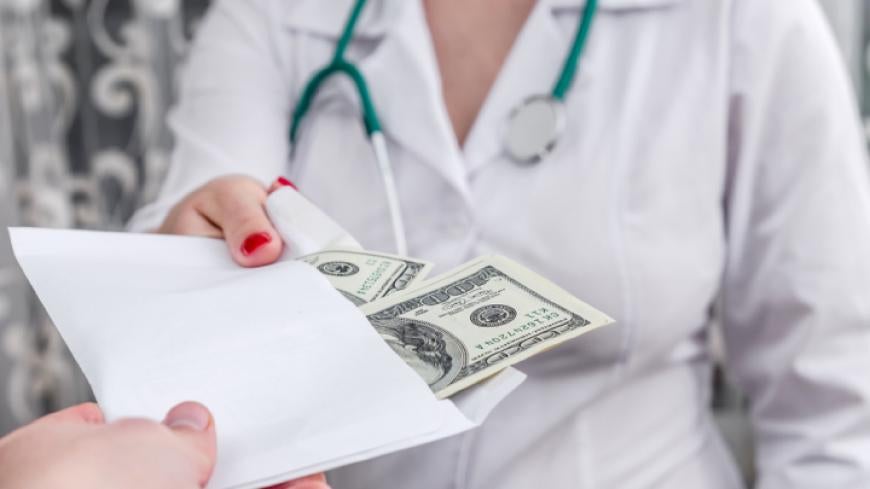 Eight out of ten patient advocacy groups accept money from drug and medical device companies. Are these good natured corporate donations, or just another way that Big Pharma exerts their influence beyond corporate walls?

Pharmaceutical donations make up more than half of the yearly income of some patient advocacy groups.

That question isn’t an easy one to answer. But the first step in understanding how large of a role pharmaceutical companies play in organizations like the American Diabetes Association or the American Heart Association is to follow the money.

Pharmaceutical donations make up more than half of the yearly income of some patient advocacy groups, according to a 2017 study published in the New England Journal of Medicine. But because there are few reporting policies, it is hard for the public to determine whether or not corporate donations may be affecting the credibility of the patient groups they rely on and donate to.

Kaiser Health News wants to change that. Their Pre$cription for Power database compiles all of the donations patient groups receive from pharmaceutical and medical device companies. We took a closer look at the patient groups that received the most corporate donations.

The majority of drug access programs are funded directly by drug manufacturers, but these donations are far from being altruistic. Instead of lowering drug prices and solving the need for drug access programs entirely, drug companies often donate money to these nonprofits. The donations provide good PR for drug companies while helping ensure that drug prices (and profits) stay high.

Top donors Pfizer and Eli Lilly are among the top 10 largest oncology drug manufacturers, making it no surprise why they would want to support a cancer foundation. Fellow donors Merck, Bristol-Myers Squibb, Johnson & Johnson are also among the top 10 cancer drug companies.

Mission: The ADA seeks to help prevent and cure diabetes and improve the lives of people affected by the disease.

The American Diabetes Association (ADA) has a history of accepting money from questionable donors. They came under fire for accepting money from sugary food companies like Coca-Cola and Cadbury Schweppes, the manufacturer of Dr Pepper and cadbury eggs. In exchange for Cadbury’s $1.5 million donation, the company received permission to use ADA’s label on their diet drinks.

Taking money from corporations with poor reputations is one thing, but some critics argue that these donations may create a conflict of interest for the ADA.

The ADA recommended the drug Jardiance for people with type 2 diabetes and cardiovascular disease in their type 2 diabetes guidelines for 2017. These recommendations, critics point out, certainly benefit ADA's largest donor and manufacturer of Jardiance: Eli Lilly.

This isn’t the first time the association’s recommendations and guidelines have ultimately benefited drug companies. In 2003 and in 2010, they lowered the guidelines for prediabetes (a precursor to type 2 diabetes), meaning that more people were considered to be prediabetic and likely to take a medication to help regulate their glucose levels.

The U.S. has one of the lowest prediabetes benchmarks of any other country. Based on their guidelines, one in three Americans (86 million people) have prediabetes. The ADA and the CDC have called it a public health crisis, and certainly the climbing obesity rates in the U.S. are a concern. But, some groups, like the American College of Physicians, have argued that the guidelines are too aggressive, and that they may cause some patients to unnecessarily take medication when lifestyle changes are more appropriate.

Mission: Helps provide appropriate cardiac care in an effort to reduce disability and deaths caused by cardiovascular disease and stroke.

Similar to the ADA, the American Heart Association (AHA) has been questioned for publishing health guidelines that seem to favor drug companies. In 2017, they lowered what they previously considered to be “healthy” blood pressure levels, resulting in the number of patients considered to have mild hypertension to increase by 26.8%.

A 2014 study published in the journal BMJ showed that treating prehypertension with medication is often ineffective and unnecessary. Given these results, the AHA’s guidelines do not appear to benefit Americans, but rather, the AHA’s pharmaceutical donors who will likely see a boost in sales.

Mission: AIDS United seeks to “end the AIDS epidemic in the United States.”

Gilead was the top corporate donor in the country in 2015, donating nearly $500 million just to patient access groups. These donations came right before a wave of bad press over the price hikes of their HIV TDF drugs. Critics claimed the price hikes were an attempt to get patients to switch to their new TAF drugs.

Our attorneys are now investigating allegations that the company withheld TAF, a drug that may not have the same risk of kidney and bone injuries as TDF, in order to maximize their profits.

Donations In Lieu of Lobbying?

These relationships are sometimes more than simply financial: 40% of patient advocacy groups have pharmaceutical executives on their boards who likely help shape group guidelines and policies.

In 2015, pharmaceutical companies gave more in donations to patient advocacy groups than they spent on lobbying.

While these groups rely on donations to help and advocate for patients, relying on pharmaceutical companies for a significant part of their income can come at a price. Patient advocacy groups have been criticized in the past for not doing enough to speak out against drug pricing issues, like the skyrocketing price of epipens.

When patient advocacy groups do feel the need to speak out and testify to Congress or petition the FDA, these conflicts of interest are rarely disclosed. In fact, only 12% of these groups have policies for managing conflicts of interest. Some advocates believe that donations made to patient advocacy groups should meet disclosure requirements, similar to the Sunshine Act for physicians.

Until then, the public can consult websites like Pre$cription for Power and Pharmed Out, a website that lists patient advocacy groups that don’t accept donations from drug companies.

If you or a loved one were injured by a drug or medical device, learn about ongoing lawsuits against some of the largest pharmaceutical companies and drugs.