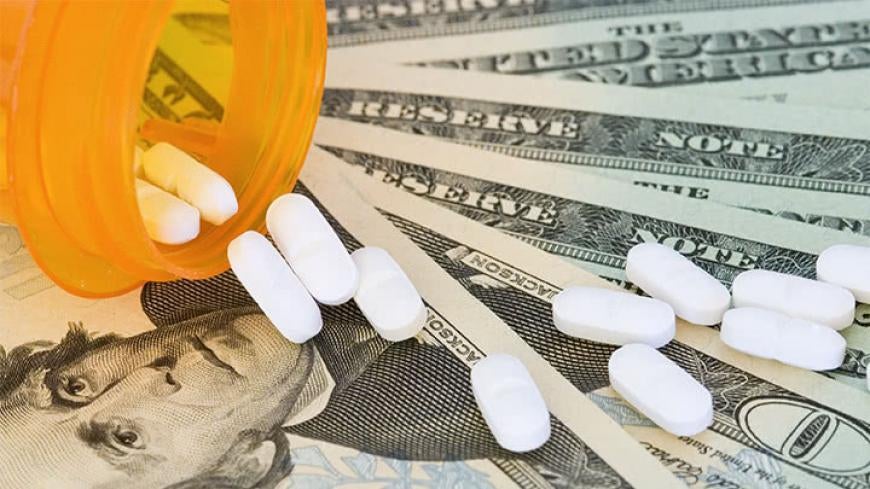 Defendants were charged with crimes ranging from fraudulent insurance charges (billing Medicare and Medicaid for services and treatments that were never provided), illegal drug prescriptions (particularly for opioids), and kickbacks for patient referrals and prescriptions.

“Too many trusted medical professionals, like doctors, nurses, and pharmacists, have chosen to violate their oaths and put greed ahead of their patients,” Attorney General Jeff Sessions said. “Their actions not only enrich themselves often at the expense of taxpayers but also feed addictions and cause addictions to start.”

The Justice Department's recent crackdown is the largest federal effort to date in fighting the opioid crisis: 120 of the defendants were charged with opioid-related crimes.

Among the opioid-related crimes that the DOJ reported were fake rehabilitation centers. One center in Florida was accused of defrauding the government of $58 million for rehabilitation services that they failed to provide. The center allegedly lured patients who were struggling with opioid addictions by offering gift cards and strip club visits.

The roundup also targeted health care workers who illegally prescribed opioids for money and other kickbacks.

One doctor in Connecticut was accused of selling opioid prescriptions to drug dealers, which allegedly earned him $50,000 in one year. A Houston doctor allegedly prescribed 12,000 prescriptions for 2 million opioid doses in return for cash payments.

These crimes represent more than just stolen government money. For patients who are prescribed opioids like oxycodone, hydrocodone, methadone, or fentanyl for pain relief, they may be susceptible to developing a drug dependency. Tom Frieden, the director of the Centers for Disease Control, once told the Washington Post that “prescription opiates are as addictive as heroin.”

While the DOJ takedown is historic and a positive step in fighting the opioid crisis, the fight is far from over. Experts now worry that we may see a spike in drug overdoses if there isn’t a similar investment in rehabilitation.

An Investment in Rehabilitation Must Come Next

For many long-term opioid users, simply stopping their prescription isn’t an option. Withdrawal symptoms can be severe and can include anxiety, vomiting, abdominal pain, difficulty sleeping, and drug cravings.

Because of this, doctors must exercise caution when prescribing these powerful painkillers.

“I think doctors can play a central role in fighting the opioid crisis in several ways,” Dr. Michael Barnett, an assistant professor at the Harvard T. H. Chan School of Public Health, told us. “They are the front line of prescribing, and bear the responsibility of safely prescribing opioids when the benefit (pain relief) outweighs the risks (dependence and other side effects).”

Dr. Barnett recently researched the long-term effects of opioid prescriptions in a study published by the New England Journal of Medicine.

"We should have a culture of transparency and accountability around opioid prescribing—we are all in this together.”

But, as more and more healthcare providers are cracking down on the number of opioid prescriptions, some long-term opioid users may seek other sources of relief if they aren't properly treated for withdrawal symptoms. Some have turned to illegal opioid suppliers like drug dealers or pill mills, while others have turned to stronger drugs entirely. Heroin, for example, produces a similar effect to opioids and has seen a spike in usage.

Fighting the opioid crisis then requires a two-pronged approach: We must address the effects of addiction in addition to restricting opioid access. This is another area where Dr. Barnett feels doctors can make a difference.

“Doctors can play a key role in safely transitioning long-term opioid users off of the medications to alternative therapies as they are able, and to promote and prescribe medication assisted therapy for those with dependence,” said Dr. Barnett. “Above all, we should have a culture of transparency and accountability around opioid prescribing—we are all in this together.”

Attacking the Root of the Crisis: Pharmaceutical Companies

We can’t educate doctors and patients on the effects of opioids without addressing the source of the problem: the pharmaceutical companies.

“Drug companies such as KVK-Tech that manufacture opioids have an obligation to ensure their product is not diverted illegally and are safe to use,” John Mack, owner of Pharma Marketing News, told us.

“Drug companies that manufacture opioids have an obligation to ensure their product is not diverted illegally and are safe to use.”

He explained that companies like KVK-Tech are not only failing to do all that they can to prevent abuse, but they may have even known that their opioids were going straight to illegal pill mills or pain clinics.

He points to a 2014 Drug Enforcement Administration case involving Masters Pharmaceutical. KVK’s representatives stated that the "majority of the oxycodone they manufactured was sold in Florida due to the demographics of the population, the prescribing patterns of Florida physicians, the prevalence of pain clinics, and laws which [then] allowed physicians to dispense controlled substances."

"This verges on knowing that much of its opioids may have been diverted by pain clinics operating illegally since federal authorities have long focused on Florida pain clinics as bad players in this crisis,” Mack explained.

“Aside from ensuring the safe and legal use of these products, opioid-producing drug companies should, in my opinion, fund local and national efforts to combat addiction to these drugs. In my community, for example, I urge KVK-Tech to fund a 24/7 drug drop-off box so residents can safely dispose of their unused drugs, including opioids.”

If we have any hope of fighting America's opioid crisis, the federal government, medical community, and pharmaceutical companies must continue to hold themselves accountable for their roles in the epidemic.