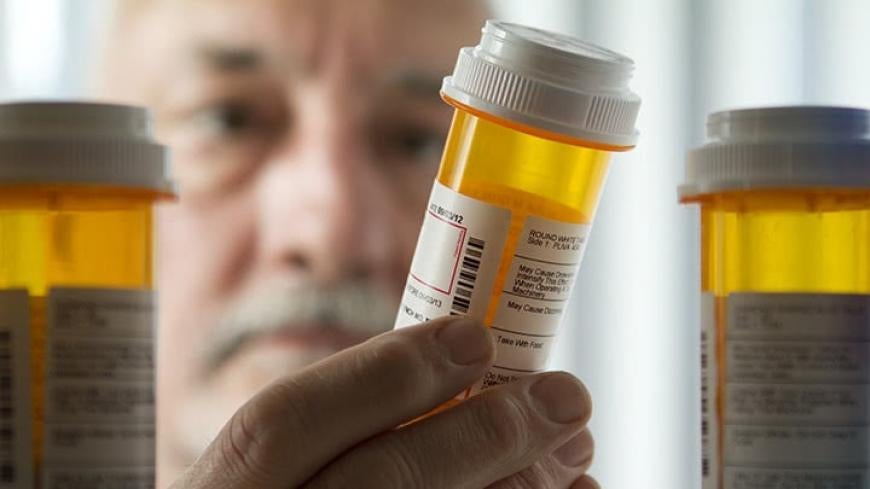 This editorial was written by James Young, a ClassAction.com attorney who is nationally known in the areas of pharmaceutical litigation, health fraud, and consumer protection. Mr. Young has served in leadership positions in numerous multi-state Attorney General investigations, including starting and co-leading the largest consumer protection drug settlement to date, In Re Risperdal. He was appointed co-lead of the government plaintiffs group in the Vioxx Multi-District Litigation and served as lead of several litigation subcommittees. Along with John Yanchunis, he is now in the process of filing several lawsuits against opioid distributors, doctors, and state Boards of Pharmacy.

Last week the U.S. Food and Drug Administration (FDA) politely asked a drug company to take its blockbuster opioid medication off the market.

The drug, Opana ER, is an extended release form of the painkiller oxymorphone hydrochloride made by Endo. Patients have heavily abused the drug by crushing it up and snorting it, bypassing the extended release mechanism. (Note: This is a drug that the FDA has already approved as safe and effective; the FDA's request pertains to the abuse and misuse of the drug.)

The FDA action is limited to a request, to which Endo has said it would evaluate misuse of the drug—not pull it from the market (not yet, anyway). In light of this refusal, the FDA could withdraw its approval of the drug, but such a move might be fraught with significant legal challenges.

The FDA's request is a refreshing shift from an otherwise toothless watchdog.

Still, this latest move by the FDA is a refreshing shift from an otherwise toothless watchdog. Perhaps the most notable takeaway from the request is that, according to Commissioner Scott Gottlieb, the FDA is considering similar action against similar products. After decades of watching the FDA sit on its hands while opioids ravage the country, it’s a start.

In my opinion, though, this is a case of trying to chase one of the many horses back into the barn while the others roam free.

How to Solve the Opioid Epidemic

The full range of actors behind the opioid epidemic are researchers, manufacturers, state and federal regulators, drug distributors, pharmacies, providers, patients, and even street criminals. These drugs make billions of dollars for manufacturers and distributors, yet they wash their hands once they get the FDA’s blessing.

A cursory examination of their respective liability reveals no single entity serves as the gatekeeper or watchdog once a drug is approved. That raises the question: Aside from the FDA, which group among these players is or should be responsible for ensuring that these dangerous drugs don’t end up in the hands of the wrong people?

These drugs make billions of dollars for manufacturers, yet they wash their hands once they get the FDA’s blessing.

The drug industry has deftly created a host of “get out of jail” defenses by selectively and strategically picking their battles. For example: agency preemption, rejection of fraud on the FDA, commercial speech, and the “learned intermediary” theory.

Then Big Pharma's lobbyists cook up bills like the 21st Century Cures Act, CAFA, FICALA, etc. Meanwhile, plaintiffs swing and miss in a disorganized confederation focused more on monetary recovery than changing practices. They also have to play defense in trying to fight the onslaught of conservative legislation.

When considering liability for the harm caused by prescription drugs, a defense theory exists called the learned intermediary theory. The basic premise is that manufacturers and distributors cannot be held accountable for damages caused by drugs since the drugs require a “learned intermediary” (the physician) to render an objective professional opinion that the patient needs the drug, thereby breaking the chain of causation. The logical conclusion, then, is to look to these learned intermediaries to stave off the epidemic.

Physicians will quickly point out that the patients who come to them—many of whom are solely seeking the pills, not actual relief of symptoms—must also be held accountable for misrepresenting their symptoms or lying about existing prescriptions. This is akin to a bartender defending a charge of over-serving by arguing that the customer said they were thirsty.

Pharmacies are keenly aware of how to navigate the regulatory morass to avoid being held accountable.

The liability of pharmacies is fairly limited once an actual prescription is presented, thus the buck is passed again. We could next look to the state and federal regulators like the Drug Enforcement Agency (DEA) and state Boards of Pharmacy and Medicine. To their credit, there seems to have been an increase in Board actions, but their regulatory framework limits what they can do. Physicians and pharmacies are keenly aware of how best to navigate through the regulatory morass to avoid being caught or held accountable.

If we go back to the beginning of a drug’s approval, particularly when considering opioids like Oxycontin, we find a collection of flimsy clinical support largely organized by the manufacturers themselves. In this modern era, it is hard to fathom that an agency like the FDA could be duped by false front organizations created by manufacturers, yet it happens.

There are numerous lawsuits pending or about to be filed against all of the above players, but these lawsuits largely seek money damages. In my experience, the seemingly large amounts recovered in such litigation pale in comparison to the actual profits for each of the players.

Who, then, is best suited to serve as a watchdog of the vulnerable population of current or future opioid addicts? The practical fix is to break down the barriers of regulatory accountability for every player in the chain, beginning with researchers and ending with pharmacists and providers.

If a physician chooses to open a pill mill, he or she should face quick but fair oversight by regulators.

If a physician chooses to open a pill mill, or a pharmacy wishes to dispense to known addicts, they should face quick but fair oversight by regulators. When appropriate, these players should permanently lose their ability to operate such practices. If a manufacturer creates phony support for its drug approvals, or withholds material information from the FDA, the drug should be pulled from the market.

Of course, the current climate in Washington, D.C. will never expand legal liabilities for these players or reinforce regulatory oversight. When we reduce legal liability and reduce regulations and appoint industry shills to lead government agencies, as this Congress has, it is a recipe for disaster.

The buck has been passed, and we the people are left to pick up the pieces in the aftermath.