An Interview with Vince Megna, the Lemon Law King of Wisconsin 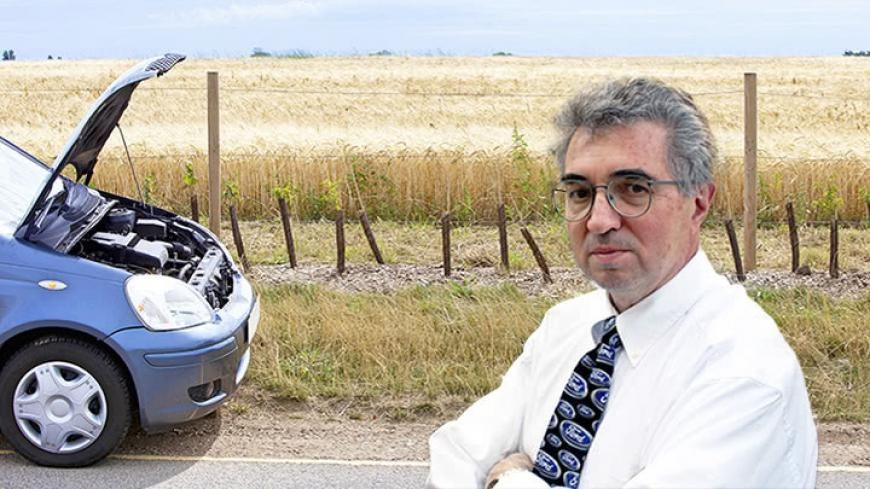 Any case from Vince Megna, settle it as soon as possible.

— Memo from General Motors to its attorneys

Vince Megna, the Lemon Law King of Wisconsin, is perhaps the most prolific and successful lemon lawyer in America. Over the past 27 years, he and his team have filed thousands of cases in Wisconsin against carmakers and dealers. They very rarely lose.

“This is an absolute passion for me and my partners. We are all obsessed with this,” he says. “I love this law. I love this work.”

It was love at first sight for Mr. Megna, who tried his first lemon law case against Chrysler in 1990—just one year after selling a guitar store he ran with Daryl Stuermer, a former member of Genesis. (Mr. Megna is a musician in his spare time.) He had a blast, won the case, and things snowballed from there.

Mr. Megna has long been one of the country’s foremost experts on what is considered a niche practice area among attorneys. He says he has published 36 appellate court opinions and five Wisconsin Supreme Court opinions.

We spoke on the phone last week about the erosion of American consumer rights, why automakers fight, and what everyone should do when buying a car.

Wisconsin is kind of a microcosm for what lawmakers are trying to do to consumer rights across the country. What changes has the state made to its laws over the past few years?

The biggest change went into effect in March 2014, when they gutted the lemon laws. So there’s hardly anybody left here in the state who does these cases, which is exactly what Scott Walker and the Republicans wanted.

They cut the statute of limitations in half, from six years to three years. It always was a six-year statute. A lot of people call me after three years, after their warranty is up, because a lot of warranties are three years. But they cut that in half, so they don’t have a case under the lemon law. That’s a big one.

They cut the statute of limitations in half, from six years to three years.

Another thing they did: We had a double damage provision, so if the manufacturer didn’t settle with us within 30 days we got double damages. They took that away, which doesn’t stop us from doing these, but you don’t have the same leverage anymore.

And then they capped the fees in all consumer cases, not just lemon law. All consumer law cases. They capped the fees at three times the amount that the plaintiff gets. That’s very, very dramatic, because we take smaller cases. For example, $5,000 car cases on misrepresentation. We take them and we’ve never lost one of those. But now it’s harder to do with this cap.

If the fees are that low, attorneys feel like it’s not even worth their time to take the case and so the case never happens, right?

Absolutely. Absolutely. You know what will happen—the manufacturers and the dealers will just make you jump through every hoop. Let’s say you’ve got a $5,000 misrepresentation case, and we’re suing under a state law. Alright, when they get our fees up to $15,000, they’re already thinking that they’re at the cap. They will keep going. They have no incentive to settle; they just want to get our fees beyond $15,000, which isn’t that hard to do. And then they’re saying, “Well everything you’re doing, you’re never going to get paid for.” That hasn’t stopped us, but it has stopped a lot of lawyers.

Attorneys have to get paid. If they don’t, there won’t be any attorneys to take these cases.

Attorneys have to get paid. If they don’t, there won’t be any attorneys to take these cases, and the consumer will have nothing. The purpose of the law is to help people. The reason we have fee shifting is so people can afford to go to court, because the attorney will get paid by the manufacturer. If there’s no attorney to take these cases, we’re completely closing the door to all these people.

Do you see a parallel to what Congress is trying to do now with the Fairness in Class Action Litigation Act, the FACT Act, and some of the other proposed bills?

Oh, yeah, sure, it’s similar. Because this drives attorneys out of this business. That’s why we get all the calls now. We always did get a lot of calls, but now we get all of them because nobody’s taking these cases anymore. Attorneys hear all these horror stories about the laws and they’re not even willing to get into it. It’s all designed to stop you. That’s the agenda—to stop consumers from filing cases.

How do you think Neil Gorsuch’s appointment to the Supreme Court will impact consumer rights?

It’s definitely not going to help. It’s going to hurt us, because he really leans to the right. That’s what we don’t need. It’s a shame. I believe he’s so corporate-minded that we now have a five-four court. I hear they’re trying to water down Dodd-Frank. They want to get rid of everything that’s consumer-helpful or consumer-friendly.

That’s how it’s going around the country. There are 33 Republican governors, and they’re abolishing these consumer laws step by step, inch by inch. I mean, why? Why? These are just consumers who got screwed by someone. Stripping them of their rights is the wrong thing to do.

They say they’re trying to correct a problem—“frivolous class actions”—that doesn’t seem to exist on a large scale.

Everything the legislators do favors the corporations.

Yeah, there’s not a problem here. They just want to cut down your chances of filing a case. I mean, this is our whole legislature in this state, and this state is not that different than other states like Indiana and Texas. Everything the legislators do favors the corporations, favors the manufacturers, favors the car dealers. Because our state is open for business and it’s better for business if these little guys can’t sue these big dealers in the state. They make it so hard.

Arbitration is running rampant. Most of the car dealers are including it and getting people to sign an arbitration clause, and people don’t read anything and they don’t understand, and they find themselves bound by arbitration. It’s a nightmare.

How Hidden Arbitration Clauses Are Taking Away Your Rights

I don’t think people realize what Congress is doing or what any of these laws mean until one affects them personally.

Why do automakers fight lemon law cases so hard? To them the damages are chump change, and they seem to be in the wrong the vast majority of the time.

It really depends on the automaker. Mercedes—they just love to fight. They either hate me, or they love to fight. It’s the mentality of a few manufacturers, like Toyota fights everything. You file a case against Toyota, you’re going to court. They’re tough; they’re really tough cases. They just fight and fight. I think the reason they do it is they want to set an example: “We’ll spend hundreds of thousands of dollars fighting you.” They’re trying to discourage people from filing these cases.

The last trial we did against General Motors was ten years ago. And the attorney who was in charge of it actually wanted to settle, because it was a really good case for us. One attorney at GM wanted to settle it, but the other one thought they could win. So we go to trial. It was a three-day trial, and it takes only one hour for the jury to come back. One hour, they come back and we get a verdict. This was in November ten years ago. After that trial, the GM attorney reads me this memo from General Motors: “Any case from Vince Megna, settle it as soon as possible.” Honest to God. And they have settled ever since.

What advice would you give to someone buying a car?

First of all, people should start reading what they’re signing. Hardly anybody does. I don’t believe anyone that I know has ever read a motor vehicle purchase contract. But they’ve got to. You’ve got to read and at least look for things that give up your rights, and stop buying all these add-ons when you buy a car. Don’t buy rust-proofing. Some manufacturers, if you buy rust-proofing at the dealer, it voids your warranty if you run into rust problems later.

People should start reading what they're signing.

When you buy an after-market extended service contract, they can charge anything. They get as much out of you as they can. With the manufacturer’s extended warranty, that at least has a price on it that everybody pays. These after-markets, it’s like the Old West. They can charge whatever they can get out of us.

There’s so much, but reading is important. When buying a car, you should always look for an arbitration clause, and just refuse to sign it. You don’t have to sign that thing. They’ll still sell it to you.

You really need help going to the dealer. It’s rough out there.

What advice would you give to consumers in general?

People have to become aware of what their rights are and what they should be. I also think people have to get beyond, “It’s just about me.” You know, “If I don’t have any car problems, I couldn’t care less.” We have to look to everybody, because everybody’s important. Odds are you’re not going to have a problem, but why should the next guy have to suffer? There are a lot of bad cars out there. Everybody should be aware of this.

Did someone sell you a lemon and then fail to repair it?