Wage and hour class action lawsuits have resulted in multimillion-dollar settlements that put money back into the pockets of workers who were denied fair pay.

The Fair Labor Standards Act (FLSA), as well as state laws, guarantee workers minimum wage and overtime pay. Not all workers are protected by these employment laws—some workers are considered “exempt”. But those who are covered may take legal action against an employer who breaks wage and hour laws.

Wage and hour protections depend on whether a worker is considered an “employee” of a company. Some employers intentionally misclassify employees as independent contractors to avoid paying them minimum wage, overtime, and other benefits. Indeed, wage and hour issues and worker misclassification often go hand in hand. But wage and hour issues can occur even when an employee is properly classified. For example, an employer could deny an employee the minimum wage and overtime, or make them work through breaks and off the clock.

The wage and hour collective and class action lawsuit settlements below are intended to provide an overview of how these cases may turn out for plaintiffs. ClassAction.com encourages you to read through them, and to contact us if you believe your workers’ rights are being violated.

Bank of America agreed to a $73 million settlement in December 2013 to settle allegations that the company forced 185,000 nonexempt employees at retail banking centers nationwide to work off the clock. Plaintiffs claimed that BoA broke federal and state wage and hour laws by maintaining a companywide policy requiring the off the clock work. Workers’ share of the settlement was based on how many hours they worked and their base hourly pay rate.

A collective and class action which claimed that Merrill Lynch violated the FLSA and state overtime laws in regards to client associates settled for $12 million in February 2013. Client associates, who support financial advisers, claimed that Merrill Lynch did not properly pay them overtime, underpaid overtime, and failed to properly maintain payroll records. Financial advisers are paid a small salary but most of their earnings are obtained as a share of financial adviser commissions.

A group of more than 400 Uber “ambassadors” in California reached a $466,000 settlement in July 2016 with the ride-hailing company to settle allegations of a host of hour and wage violations, including non-payment of overtime, working off the clock, not being provided breaks, and not being reimbursed for job-related expenses. As Uber “ambassadors” the workers were paid to sign up new Uber drivers. Eligible class members were compensated out of a settlement fund based on how many weeks they worked. Uber is currently the target of dozens of lawsuits nationwide, including several employee class actions.

The company has also settled (for $100 million) an independent contractor misclassification suit.

Ecolab—a global provider of water, hygiene, and energy technologies and services—agreed to a $29 million settlement in November 2013 to resolve class action lawsuit allegations that it denied overtime to exterminators by falsely classifying them as exempt from overtime pay under the so-called “hazmat exemption,” a law which typically applies to drivers of hazardous material trucks. As part of the deal, Ecolab agreed to reclassify its exterminators as nonexempt.

Security firm Securitas settled in February 2016 for $2.5 million a collective action lawsuit under the FLSA that claimed guards for the company were subject to an illegal vacation pay policy. Guards alleged that, rather than paying them for vacation, Securitas provided them with a lump sum payment as vacation compensation. The judge, siding with the guards, agreed that the payment must be included in FLSA overtime calculations, and that as it was structured, the vacation pay policy was effectively a bonus program in disguise.

AT&T reached an $18.9 million settlement in April 2013 with a group of California field managers who claimed that they were wrongly classified as exempt—and therefore denied overtime pay and compensation for working through meal and rest breaks. AT&T argued that the managers qualified for the FLSA’s executive and administrative exemptions, but the plaintiffs said “manager” was not a fitting title because in reality, most of the work they did was data entry. Under the deal each field manager was entitled to receive around $11,000.

Rite Aid improperly classified as exempt from overtime pay a group of assistant store managers and co-managers, claimed an FLSA collective action that settled in June 2012 for $20.9 million. Under the settlement's terms, in which Rite Aid admitted to no wrongdoing, nationwide class members were entitled to about $2,000 apiece. The plaintiffs claimed that they were managers in name only, and therefore wrongly denied overtime pay under the FLSA.

24 Hour Fitness settled in February 2013 a collective action under the FLSA to resolve claims that managers and trainers for the fitness chain were denied overtime pay and made to work off the clock. About $11 million of the deal was allocated between 862 non-California plaintiffs. The settlement was reached after a round of individual arbitrations.

Restaurant chain Denny’s Inc. and a group of its California employees reached a $950,000 deal in April 2016 to settle allegations that roughly 25,000 workers were not paid all their owed overtime and regular pay and were not provided meal and rest breaks. Plaintiffs alleged that Denny’s violated both the FLSA and California labor laws. As is common with such settlements, only about 10% of eligible class members submitted on time claims for compensation.

Pizza Hut reached a $6 million deal with 18,700 workers in July 2016 to settle wage and hour claims. Workers who claimed they worked through rest and meal breaks and were shorted pay were entitled to receive around $86 apiece, while drivers who said they were not reimbursed for mileage and other expenses were allocated an average payout of $303 under the settlement terms.

Sunny’s, a New York City based car service, allegedly shortchanged drivers on minimum wage and overtime, according to a collective and class action filed on behalf of hundreds of drivers. The lawsuit, which settled in April 2014, claimed that even though drivers were reclassified as employees instead of independent contractors, Sunny’s violated the FLSA and New York Labor Laws because it didn’t properly track overtime and in some cases, didn’t pay overtime at all or failed to pay the proper overtime rate.

William Morris Endeavor Entertainment LLC and its subsidiary IMG agreed to a $560,000 class action lawsuit settlement in July 2016 to end a dispute with New York City Fashion Week workers who claimed they were stiffed on overtime. The workers, hired to work more than 100 hours per week during two annual, six-week Fashion Week events in February and September, alleged that they were paid their regular rate for hours beyond 40 in a workweek. The FLSA mandates time and a half for more than 40 hours worked in a week.

A group of exotic dancers for the Penthouse Executive Club in Manhattan received an $8 million settlement in response to lawsuit claims that the club misclassified them as independent contractors to deny them employee rights. The dancers alleged violations of the FLSA and New York’s Labor Law, including failure to keep adequate payroll records, failure to pay minimum wage, failure to reimburse job-related expenses, and unjustly keeping a portion of the dancer’s tips.

The case is one of several to grant employee status, and related benefits, to exotic dancers.

Publix Supermarkets, which operates around 1,000 stores in 6 states, agreed to compensate shortchanged department managers as part of a $30 million settlement reached in February 2015. According to the lawsuit, Publix managers were not properly paid for overtime work, as stipulated by the FLSA, because employee bonuses were not used to calculate the base pay rate.

Coverall North America, Inc., a franchised brand of commercial and office cleaning services, agreed in May 2015 to a $5.5 million settlement brought by franchisees. The lawsuit claimed that Coverall engaged in deceptive trade practices because it misclassified franchisees as independent contractors. Under the settlement, class members received back pay and were allowed to retain their Coverall accounts without paying a fee to the company.

The case is one of several nationwide to challenge the cleaning service franchise model.

Waitresses for the Texas Roadhouse steakhouse chain in Columbia and Anderson, South Carolina claimed they were denied the minimum wage because the restaurant used an “invalid tip pool” to collect gratuities. Under the FLSA, tips collected as part of a tip pool cannot be dispersed to workers who do not customarily and regularly receive tips as part of their pay. The waitresses said the improper tip allocation resulted in them earning less than the minimum wage—also a violation of the FLSA.

Waiters, busboys, runners and other employees of celebrity chef and restaurant owner Mario Batali accused him and a business partner of claiming as their own a portion of tips that rightly belonged to workers. The Batali restaurant group allegedly made a 4-5% deduction from the staff’s tip pool at the end of each night that “went to the house.” About 1,100 employees of several Manhattan restaurants owned by Batali were eligible to join in the settlement.

Were Your Rights Violated? We Can Help.

Denied the minimum wage or overtime? Made to work through rest breaks or off the clock? Tips taken away through an illegal pool?

If any of your rights under the FLSA or similar state laws were violated, you may be eligible for a lawsuit. Find out more during a free, no-obligation case review. 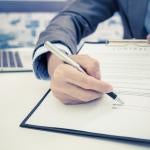 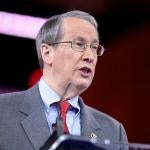 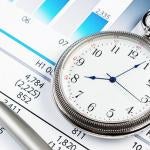 Were you denied the minimum wage or overtime?