Attorneys are investigating legal action against Watchtower, the parent corporation of the Jehovah's Witness congregation, for allegedly failing to prevent child sexual abuse.

Victims are filing lawsuits against the Jehovah's Witnesses and the Watchtower Bible and Tract Society for allegedly failing to prevent child sexual abuse.

Recent lawsuits allege a decades-long cover-up of child sexual abuse among Jehovah's Witnesses. Victims are now seeking justice against the church for failing to protect children from known child sex offenders within the congregation.

In 1989, the Watchtower Bible and Tract Society of New York, the parent corporation of the Jehovah’s Witnesses, allegedly instructed church elders to report cases of abuse directly to them instead of law enforcement. Church members were also told to report abuse to the church, rather than go to police.

But, when victims reported abuse, nothing happened. Their abusers often remained in the congregation, going on to abuse even more children.

In addition to not turning over child sex abusers to the police, church elders also kept victims silent with harsh policies for assault accusations. Accusers were required to have two eye witnesses (one in addition to themselves) before the church would investigate. If they couldn't produce another witness, they were sometimes accused of providing a false accusation which in some cases was punishable by “dis-fellowshiping,” or excommunication, from the church.

The victim was also required to confront their alleged abuser, an overwhelming prospect for any victim, let alone a child.

Victims are filing lawsuits against the Jehovah's Witnesses and the Watchtower Bible and Tract Society for allegedly failing to prevent child sexual abuse. New York's Child Victims Act may allow even more adults to seek justice by extending the Statute of Limitations for reporting childhood abuse.

An appeals court claimed that Watchtower had "abused the discovery process" by withholding internal records.

Over the years, the Jehovah’s Witnesses have amassed thousands of names of alleged child abusers that they have never turned over to the authorities.

In 2015, the court hit Watchtower with a $13.5 million verdict after the organization failed to turn over documents and provide witnesses in a lawsuit filed by José Lopez. Mr. Lopez alleged he was abused by a church elder named Gonzalo Campos. The verdict has since been overturned, but the case is still being litigated.

In a separate case filed by another of Campos’ alleged victims, the court issued sanctions for withholding internal documents. Starting in April 2016, the church was ordered to pay $4,000 for every day they withheld records. They now face upwards of $2 million in penalties.

When Watchtower tried to appeal the court sanctions, an appeals court said they had "abused the discovery process," and the penalties remained.

This failure to cooperate with authorities extends well beyond the U.S. In Australia, a Royal Commission discovered that the church had hidden more than 1,000 reports of child sexual abuse from law enforcement.

The jury in Ms. Conti’s case ruled that Watchtower and the North Fremont congregation were negligent and failed to protect her from abuse.

In order to obtain the justice they were denied as children, many victims are bravely seeking justice in court.

In 2012, a jury in Northern California issued the largest verdict ever for a single religious child sex abuse victim.

The victim, Candace Conti, sued Watchtower for failing to protect her against fellow North Fremont congregation member Jonathan Kendrick. Mr. Kendrick had been convicted of lewd or lascivious acts with a minor shortly before he abused her in 1995 and 1996.

Mr. Kendrick wasn’t criminally charged when Ms. Conti reported the abuse to church elders. When she found out as an adult that he was an active member of the Oakley, California congregation and had abused another girl, she decided to pursue legal action.

An investigative reporter spoke with an elder at the congregation Mr. Kendrick moved to, and discovered that they hadn’t been informed of his criminal history. In fact, the elder received a letter of introduction praising Kendrick’s ease with children and his leadership to help the congregation’s youth from steering off course.

The jury in Ms. Conti’s case ruled that the Watchtower and the North Fremont congregation were negligent and didn’t adequately protect her from abuse. The jury awarded $28 million in punitive and compensatory damages, which was later trimmed by an appeals court three years later.

The bill would create a one-year window for victims to revive old cases, regardless of whether or not they have surpassed the Statute of Limitations.

New York state makes it notoriously difficult for child abuse victims to pursue justice against their abusers as adults. Their Statutes of Limitations (SOL) law requires that lawsuits are filed by the time the victim is 23 years old. Many states have no statute of limitation for child sex abuse.

Lawmakers in New York are trying to change that. Assembly member Linda Rosenthal introduced the Child Victims Act which would change Statute of Limitations to 28 years old for a criminal case and 50 years old for civil cases. It would also create a one-year window for victims to revive old cases, regardless of whether or not they have surpassed the Statute of Limitations.

The bill would also treat private organizations, like the Jehovah’s Witnesses, the same as public institutions when it comes to child sex abuse cases.

The New York State legislature is expected to vote on the bill sometime soon. As of February 12, 2008, 74% of New Yorkers supported the bill. However, groups like the Boy Scouts and the Catholic Church oppose it, likely due to a fear of litigation.

The New York state legislature is poised to vote any day on the Child Victims Act. If approved, it will provide victims of child sex abuse within the Jehovah’s Witness church a one-year window in which they can pursue legal action against their abusers, regardless of their current age.

These windows are rare, and if the bill is approved, it is vital that victims seek justice immediately so that they can adequately seek justice.

Our attorneys are closely following the Child Victims Act and are prepared to represent victims of child sexual abuse against Watchtower. Our attorneys appreciate the sensitive nature of these cases and have the experience to help victims navigate the complexities of these type of lawsuits.

If you were a victim of abuse, you can contact us for more information about your legal options.

Free Case Review
Were you abused by a member of the Jehovah's Witness congregation? 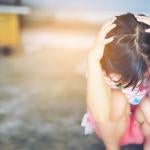 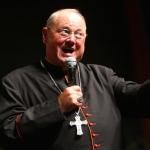 Were you abused by a member of the Jehovah's Witness congregation?