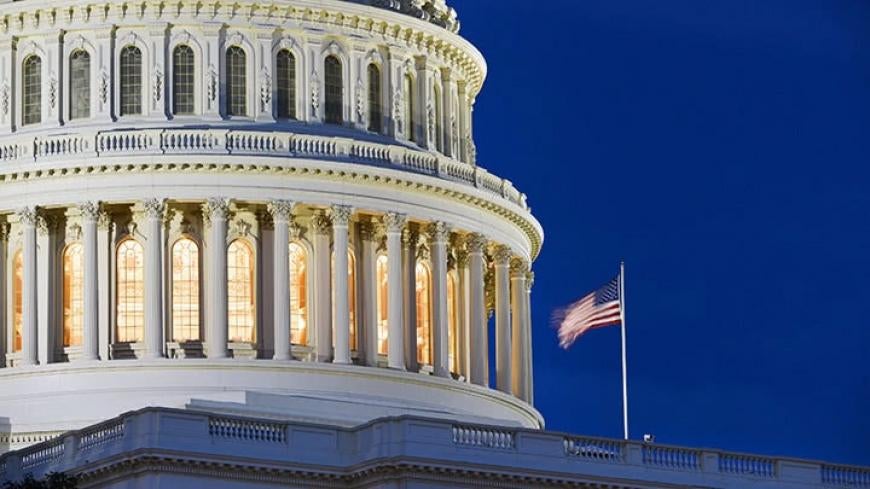 This week, the House of Representatives passed a bill that may eliminate your right to join a class action lawsuit.

The Fairness in Class Action Litigation Act of 2017, or H.R. 985, proposes to “assure fairer, more efficient outcomes for claimants and defendants.” According to 120 civil rights groups, though, H.R. 985 would only help corporations.

We spoke with Amanda Werner, an economic justice advocate who works on behalf of Public Citizen and Americans for Financial Reform, to better understand how the bill would affect the legal rights of millions of American consumers. Werner also shared how arbitration, or the "ripoff clause," is similarly taking away our right to join class action lawsuits.

What is H.R. 985 and why should Americans be concerned about it?

H.R. 985 is one of the biggest threats to civil justice that we’ve seen in recent years. It would essentially destroy the class action mechanism as a means of achieving justice.

That would mean that a lot of corporate wrongdoing would go completely unaddressed; corporations would be able to steal from consumers, pollute the environment, abuse their workers, and people would have absolutely no ability to bring them to court. So, it’s a huge deal, especially in a time where the courts seem to be our last line of defense to enforce our rights.

Why in particular is our right to join a class action lawsuit important?

Class actions are particularly important for illegal behavior that hurts many people but might involve small amounts of money per person. For instance, there are many cases where a bank might overcharge each of its consumers by $20, which is small enough that the consumer may not notice. But multiply that over one million customers, and the bank has just stolen a huge amount of money. Without class actions, they would get away with it and in fact be at a competitive advantage for ripping off their customers.

So we really need class actions to not only alert the public to fraud but also sometimes to alert the customers themselves. Take Wells Fargo’s fake accounts scandal, for example—many people didn’t realize that they had multiple credit cards or bank accounts open in their name until they heard about these lawsuits. And even when a consumer finds out, without class actions, they can’t do anything about it because suing a bank over $20 by yourself just isn’t cost effective.

Supporters argue that H.R. 985 will help class members receive higher awards. What is your response to that?

"If these claims aren’t able to be brought, consumers aren’t going to be able to recover at all, let alone recover higher sums."

It is completely unfounded. This bill is opposed by every major civil justice, civil rights, and consumer group, all across the board.

How can you make a class action much harder to bring and then also claim that it’s somehow going to benefit people more? If these claims aren’t able to be brought, consumers aren’t going to be able to recover at all, let alone recover higher sums.

The bill would require that plaintiffs share the same injury. Why is this a problem?

It’s a solution for a problem that doesn’t exist. There are already strict standards in place—standards which have gotten much higher in the past few years as it is—to ensure that members of a class have a similar type of injury. When you heighten those standards even more and make them so specific, it destroys consumers’ ability to bring a claim. That is the real purpose here.

"It essentially requires everyone to bring their own case, which is not only very inefficient but the opposite of the purpose of class actions."

One thing the bill does is it requires that people all have the same scope of injury. Going back to the Wells Fargo scandal, one customer may have lost $150 because they opened up a fake account and started charging them fees, and someone else may have lost $35. Those slightly different amounts of money could make for a different scope of injury, even though the actual harm they suffered is very similar. Under this bill, they would likely not be able to certify that class and thus will have a lot more trouble bringing suit.

At some point, these injury requirements get so specific that it essentially requires everyone to bring their own case, which is not only very inefficient but the opposite of the purpose of class actions.

A similar threat to our legal rights is forced arbitration, or the “ripoff clause.” Could you explain this?

What we call the ripoff clause is fine print that corporations sneak into their consumer contracts—think of something like the terms and conditions of an iTunes agreement—that says if you have a dispute with the company, you aren’t able to go to court, and you aren’t able to join a class action. Instead, you have to go after the company by yourself in forced arbitration.

Arbitration is a private system where the corporation gets to choose the firm who decides the case, what rules apply, sometimes even where the arbitration takes place.

The arbitrators have an incentive to rule for the company who is going to rehire them, so there’s also a built-in bias to the system. The most comprehensive federal study showed that companies generally win in arbitration 93% of the time. Consumers, even in the small percentage of the times that they do win, only win twelve cents on the dollar compared to corporations, which average ninety-eight cents on the dollar.

But even more important than the bias in arbitration is that ripoff clauses often mean that people simply don’t bring claims at all. The Consumer Financial Protection Bureau found that there were about 400 arbitration cases brought per year against banks and lenders—compare that to class actions which benefit millions and millions of Americans every year.

(For more on ripoff clauses, check out this consumer's negative arbitration experience with Citibank).

The Arbitration Fairness Act seeks to eliminate ripoff clauses. What will it take for the bill to be passed?

We have seen the Arbitration Fairness Act introduced the past few Congresses, and in that time we have seen increasing public interest in of this issue.

I think our biggest hurdle has been the lack of public knowledge. Part of the reason for that is because it’s a pretty new phenomenon. Businesses have been using arbitration to decide disputes between companies for many years, but it’s really only recently that arbitration—especially class actions bans—have been used on consumers, students, and other groups with no bargaining power.

I’m unfortunately not very optimistic that these bills will move this Congress, especially because we are seeing major assaults on civil justice in the form of H.R. 985 and some other House bills. But I hope that once people show that we are paying attention, that we support the right of class actions, that we want the ability to enforce our rights in court, then the tide will start to change.

What can Americans do to protect their right to join a class action?

"Many of us take the right to a day in court for granted... But most people don’t realize that they’ve unintentionally or against their will had to sign it away."

The good thing is there are actually things happening on these issues now. There are seven bills that restrict the use of forced arbitration introduced this week, and there’s the class action bill that we want people to vote against coming up this week as well. If you call your senator or representative, there’s a lot of things they are going to be paying attention to.

But also, people should tell their friends and family about the importance of class actions and the abuses of forced arbitration. So many people don’t know that their rights are threatened in this way.

I think many of us take the right to a day in court for granted because it is a Seventh Amendment right—it’s very, very basic. But most people don’t realize that they’ve had to sign it away just by participating in the marketplace: by having a cell phone, by having a bank account, any of these basic things that we do every day.

A huge part of it is education and just making sure people know about these things.