Furniture tip-over incidents send 25,000 children to the ER every year. Many people file negligence and/or wrongful death lawsuits against manufacturers like IKEA.

Description: Furniture tip-over accidents send 40,000 people to the ER every year--and 25,000 of these victims are children. Many victims' families file lawsuits against furniture manufacturers and retailers, alleging negligence and/or wrongful death.

Furniture tip-over accidents are frighteningly common: every year, around 40,000 people visit emergency rooms after these accidents. Even worse: 25,000 of these injured parties are children.

Hundreds of children have died and thousands have been injured in furniture accidents.

In 2011, according to the Consumer Product Safety Commission (CPSC), tip-overs killed 49 children in America. That’s almost one per week, and 21 more than in 2010.

Most American furniture manufacturers adhere to voluntary safety standards, which ensure that a unit will not tip over when a drawer is extended and 50 pounds of weight is applied. The recall on Tuesday applies to all Ikea furniture that fails that test, the commission [CPSC] said.

It’s unclear why IKEA would not abide by these safety standards from the start, or why it took the deaths of seven toddlers to spur them to action. What is starkly clear is that hundreds of children have died and thousands have been injured by furniture accidents.

Many families of tip-over victims file lawsuits against the manufacturers for wrongful death, negligence, design or manufacturing defects, or some combination thereof. Some—like the families of Curren Collas, Camden Ellis, and Ted McGee—have settled these lawsuits for millions of dollars. 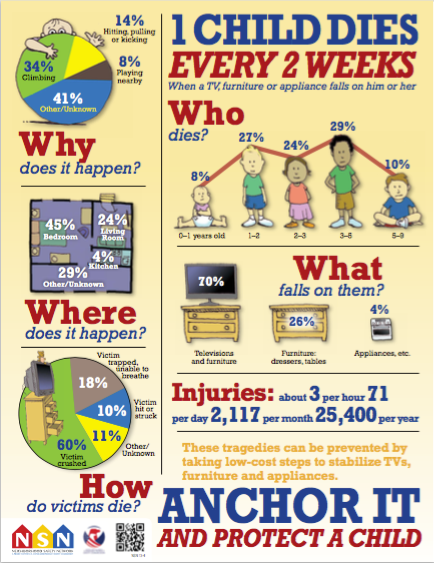 The most common kind of tip-over accidents occur when children climb or pull themselves onto furniture or appliances. About 70 percent of incidents involve falling televisions, while 26 percent involve furniture items like chests and dressers. Many children are tempted to climb on drawers or shelves, which can prove fatal.

Sometimes an item is defective or poorly designed, and sometimes it is poorly constructed by the consumer (and sometimes both).

Lars Petersson, the president and CEO of IKEA USA, told The New York Times that the recalled furniture was never meant to be freestanding, but rather anchored to the wall with straps or brackets. “If you are assembling correctly, the product is actually a very safe product,” Mr. Petersson said.

But how many consumers know to anchor their furniture to their wall?

“Never Heard of Tip-Overs Until One Killed Their Child”

In the summer of 2015, IKEA gave out free wall anchor kits to customers to increase the safety of its products. Unfortunately, the offer went unnoticed by the bulk of customers, as they were unaware of the threat posed by freestanding furniture.

In a jarring and comprehensive exploration of the tip-over crisis by The Philadelphia Inquirer, author Olivia Hall writes, “But some [victims’ parents] say their regrets aren’t from having ignored a warning. They had never heard of tip-overs until one killed their child.”

IKEA’s anchor offer also raises the question, “Why didn’t these items come with brackets in the first place?”

Freestanding tall shelves can be especially deadly when scaled by a toddler, as shown by tragic cases like Katie Lambert, Curren Collas, Camden Ellis, and Ted McGee.

In February 2014, two-year-old Curren Collas of West Chester, PA died after a 136-pound MALM dresser tipped over onto him while he was climbing on it. Curren’s mother later filed a wrongful death lawsuit against IKEA, alleging that the dresser did not come with the materials or instructions required to secure it to the wall.

In June 2014, two-year-old Camden Ellis of Snohomish, WA died after being pinned by a three-drawer Malm dresser. His family filed a lawsuit against IKEA.

In the wake of Ted’s death, IKEA spokeswoman Mona Astra Liss offered the McGees her condolences and released the following statement:

On December 22, 2016, IKEA announced that it had reached a $50 million settlement with the families of Curren Collas, Camden Ellis, and Ted McGee. The $50 million (total) will be distributed among the three families. IKEA will also donate $150,000 to children’s hospitals.

In June 2016, after the deaths of seven toddlers, IKEA finally issued a sweeping recall of 29 million chests and dressers that don’t meet the voluntary safety standards championed by the Consumer Product Safety Commission (CPSC).

Elliot F. Kaye, the CPSC’s chairman, warned, “If you have or think you have one of these products, act immediately. It is simply too dangerous to have the recalled furniture in your home unanchored, especially if you have young children.”

Protect Your Family from Falling Furniture

As noted above, the most important thing you can do is to anchor furniture to the wall to prevent tip-overs. If you can’t or won’t anchor the furniture, it’s best to get rid of it. (If your item is part of the IKEA recall, they will come pick it up from your home and issue you a full refund.)

Watch out, too, for large or heavy television sets. The majority of tip-over incidents involve televisions, which is why the CPSC advises placing TVs on low or sturdy bases, and placing them as far back on those bases as possible.

Here are the CPSC’s guidelines for preventing tip-over injuries:

The CPSC emphasizes, “Existing furniture can be anchored with inexpensive anti-tip brackets. New furniture, such as dressers, are sold with anti-tip devices. Install them right away.”

If you or a loved one has been injured or killed in a furniture tipping incident, you may be eligible for a lawsuit against the manufacturer.

Our firm is one of the largest consumer protection firms in the country. With more than 300 attorneys and a support staff of over 1,500 people, we are one of the few with the resources to take on IKEA and other companies of its stature. To date, we have won more than $2 billion for clients.

Contact us today for a free, no-obligation case review.

Free Case Review
Have you or a loved one been injured by furniture tipping over? 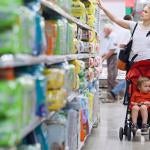 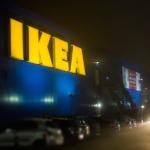