Labeled Indications: LIPITOR is an inhibitor of HMG-CoA reductase (statin) indicated as an adjunct therapy to diet to reduce the risk of MI, stroke, revascularization procedures, and angina in patients without CHD, but with multiple risk factors.

Contraindications: 1. Active liver disease, which may include unexplained persistent elevations in hepatic transaminase levels; 2. Hypersensitivity to any component of this medication; 3. Pregnancy: Women who are pregnant or may become pregnant. LIPITOR may cause fetal harm when administered to a pregnant woman. Serum cholesterol and triglycerides increase during normal pregnancy, and cholesterol or cholesterol derivatives are essential for fetal development. Atherosclerosis is a chronic process and discontinuation of lipid-lowering drugs during pregnancy should have little impact on the outcome of long-term therapy of primary hypercholesterolemia. There are no adequate and well-controlled studies of LIPITOR use during pregnancy; however in rare reports, congenital anomalies were observed following intrauterine exposure to statins. In rat and rabbit animal reproduction studies, atorvastatin revealed no evidence of teratogenicity. LIPITOR SHOULD BE ADMINISTERED TO WOMEN OF CHILDBEARING AGE ONLY WHEN SUCH PATIENTS ARE HIGHLY UNLIKELY TO CONCEIVE AND HAVE BEEN INFORMED OF THE POTENTIAL HAZARDS. If the patient becomes pregnant while taking this drug, LIPITOR should be discontinued immediately and the patient apprised of the potential hazard to the fetus; 4. It is not known whether atorvastatin is excreted into human milk; however a small amount of another drug in this class does pass into breast milk. Because statins have the potential for serious adverse reactions in nursing infants, women who require LIPITOR treatment should not breastfeed their infants.

Description: LIPITOR is a synthetic lipid-lowering agent. Atorvastatin is an inhibitor of 3-hydroxy-3-methylglutaryl-coenzyme A (HMG-CoA) reductase. This enzyme catalyzes the conversion of HMG-CoA to mevalonate, an early and rate-limiting step in cholesterol biosynthesis. Atorvastatin calcium is [R-(R*, R*)]-2-(4-fluorophenyl)-ß, δ-dihydroxy-5-(1-methylethyl)-3-phenyl-4-[(phenylamino)carbonyl]-1H-pyrrole-1-heptanoic acid, calcium salt (2:1) trihydrate. The empirical formula of atorvastatin calcium is (C33H34 FN2O5)2Ca•3H2O and its molecular weight is 1209.42.

Research shows that Lipitor, a medication used to treat high cholesterol, can raise blood sugar levels in patients and lead to type 2 diabetes.

Lipitor (atorvastatin), a cholesterol medication made by Pfizer, Inc., is the bestselling drug of all time, with $130 billion in sales.

It belongs to a group of drugs known as statins, which lower cholesterol production in the liver. Lipitor has helped many patients to manage cardiovascular risks such as heart disease, heart attack, and stroke, but research shows that Lipitor can also raise blood sugar levels and lead to type 2 diabetes.

A new warning label for this side effect was added to Lipitor in 2012, but many believe that the warning came too late and is insufficient.

As a result, thousands of Lipitor patients who developed type 2 diabetes have filed lawsuits against Pfizer alleging that the company should have included stronger warnings on Lipitor labels. 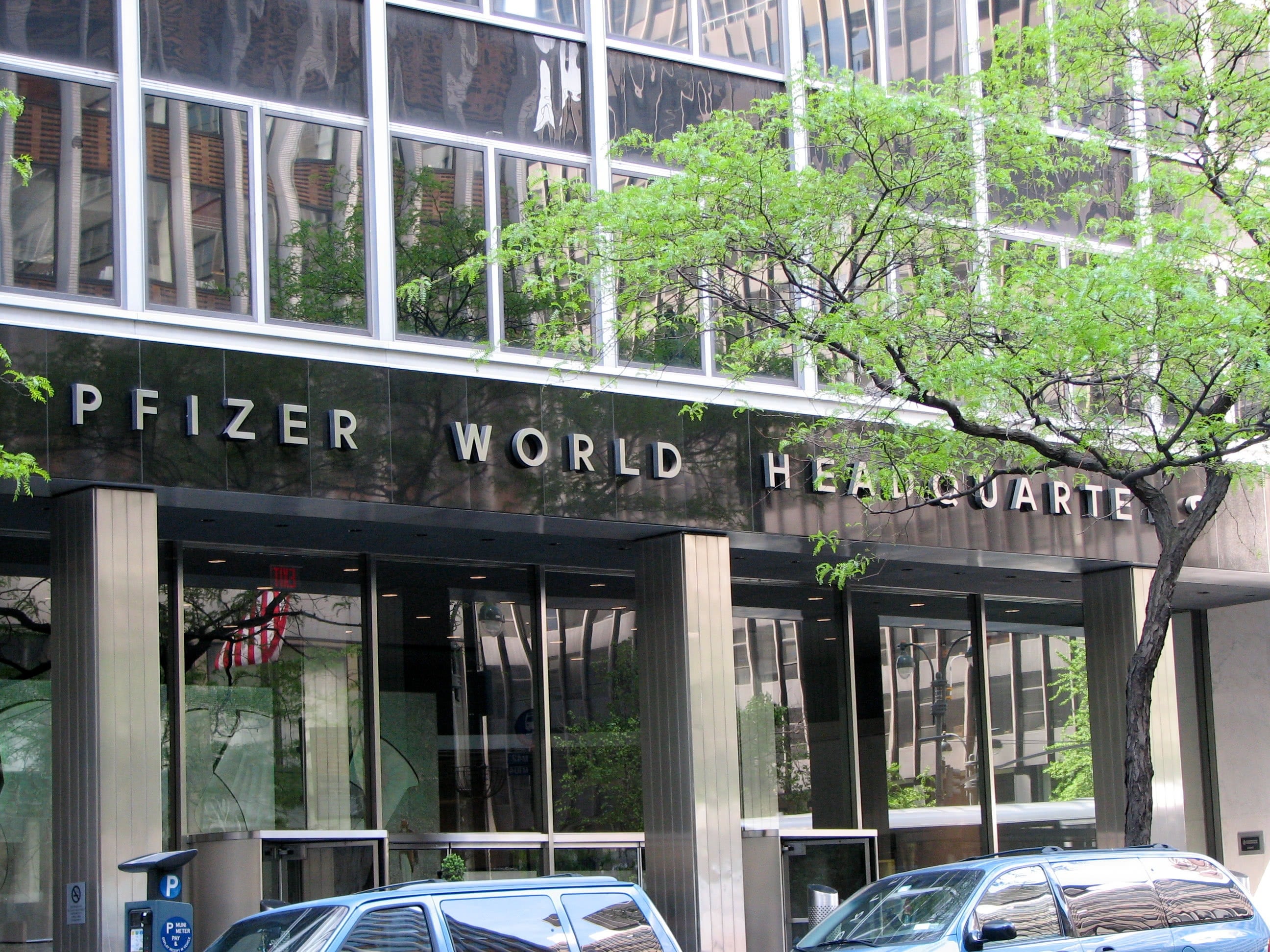 Founded in 1849 and headquartered in New York City, Pfizer is the pharmaceutical giant behind Viagra (sildenafil), the anti-inflammatory Celebrex/Celebra, and the antibiotic Zithromax, among countless other drugs. Pfizer is famous for swallowing up smaller drug companies, including Warner-Lambert, Pharmacia, and Wyeth (which was a $68 billion acquisition).

Pfizer has faced numerous lawsuits over the years, both from its drugs’ side effects and its business practices. In 2009, the company paid $2.3 billion to the government to settle a case over its unlawful marketing of the arthritis drug Bextra—a charge to which Pfizer pled guilty. In 2016, Pfizer paid $486 million to settle a shareholder lawsuit alleging the company caused financial losses when they covered up the safety risks of taking Celebrex and Bextra.

A Brief History of Lipitor

A team of scientists led by chemist Bruce Roth synthesized atorvastatin in August 1985 at the Parke-Davis Pharmaceutical Research facility in Ann Arbor, Michigan. After ten years of tests and trials, the FDA approved the drug (under the product name Lipitor) in 1996.

From 1996 to 2011, Lipitor grew into one of the most popular drugs of all time—one prescribed to 30 million people seeking to lower their cholesterol. At its peak, Lipitor made Pfizer $10 billion per month.

But in November 2011, Pfizer’s Lipitor patent expired, opening the market up to a wide range of (cheaper) generic competitors. Lipitor’s profits have steadily declined since then, but still total roughly $2 billion a month, and the drug’s forecast remains strong.

Pfizer did not warn patients of Lipitor's adverse effects until 16 years after it hit the market.

The drug’s bullish outlook is somewhat surprising given its alleged side effects, which include an increased risk of type 2 diabetes, memory loss, and confusion. Even more surprising, Pfizer did not warn patients of these adverse effects until 2012: 16 years after Lipitor hit the market.

In 2014, Pfizer explored an over-the-counter version of Lipitor, but was forced to abandon the product when patients proved unable to administer the drug without a doctor’s guidance.

In 2014 and 2015, Lipitor’s lack of adequate warnings from 1996 to 2012 spawned thousands of lawsuits from patients who developed diabetes.

At present, roughly 3,000 cases are part of an MDL (multidistrict litigation) concerning Lipitor’s side effects. Most of the plaintiffs are female; studies suggest Lipitor is more likely to cause diabetes in women (see below: “Lipitor and Type 2 Diabetes”). The first of these trials should be heard sometime in 2016.

In the body, food is broken down into sugar (glucose), which travels through the bloodstream. In a normal patient, the pancreas will release insulin in response to a meal to reduce blood sugar levels and allow glucose to enter the body’s cells, providing them with the energy needed to function.

But patients with type 2 diabetes cannot produce enough insulin, or cannot use the insulin efficiently enough. As a result, glucose cannot enter the body’s cells and instead builds up in the blood, causing a spike in blood sugar levels. High levels of sugar in the blood can result in a number of serious health problems, including organ damage and heart attack.

Researchers suspect that Lipitor can inhibit the function of the pancreatic cells responsible for storing and releasing insulin, and may also decrease the body’s sensitivity to the hormone.

Research suggests that statin therapies such as Lipitor increase the risk of type 2 diabetes by 46%.

Though it isn’t perfectly understood how Lipitor increases diabetes risk, the association is well established in medical literature, including studies published in BMJ, Journal of the American College of Cardiology, Journal of General Internal Medicine, Diabetologia, and JAMA.

Some evidence suggests that statin-associated diabetes may be more common in women.

Type 2 diabetes is a lifelong condition that can be managed, but not cured.

Diabetics must undergo regular blood glucose testing, follow a strict diet, and take medication. They are also at an increased risk for disabling and life-threatening complications:

Did Pfizer Properly Warn About the Lipitor Diabetes Risk?

The FDA approved a new Lipitor warning label in 2012: 16 years after it hit the market. Many believe this was too little, too late, and that the new warning does not clearly present the diabetes risk.

Patients have argued (justifiably) that they do not understand that this warning relates to diabetes risk, and that a more explicit Lipitor diabetes warning is needed.

Thousands of Lawsuits Filed Against Pfizer

The FDA’s 2012 announcement about Lipitor and diabetes prompted lawsuits alleging that Pfizer did not properly warn consumers about the diabetes risk.

Lipitor lawsuits now number above 3,000, making it one of the largest product liability lawsuits in the country. Lipitor cases are consolidated in South Carolina District Court as part of a multidistrict litigation (MDL). The first lawsuits are expected to be tried in 2016 and should offer insight into whether Pfizer will offer a Lipitor settlement.

Free Case Review
Did you experience side effects from your medication?