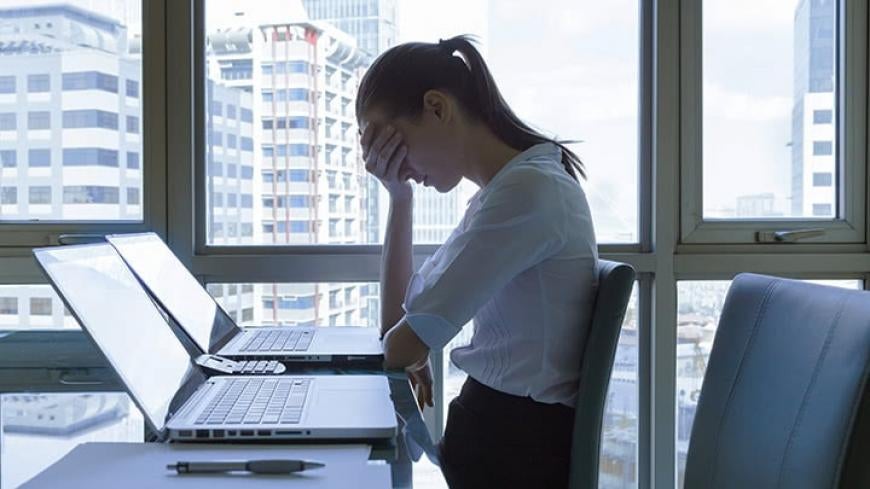 The Digital Age has blurred the lines between home and office, changing how we define work and the employee-employer relationship. But just because the tools or titles have changed doesn’t mean that employee rights have.

Here are common ways that employers may violate labor laws under the guise of flexibility, simplicity, or forward thinking.

By requesting only digital natives, companies are essentially saying “over 40 need not apply.”

If a job posting specified a gender, race, or sexual orientation, it would likely be flagged immediately for violating workplace discrimination laws. But when companies specifically recruit millennials, sometimes going as far as to state how many years out of college a candidate should be, they are discriminating against older employees.

Some companies use more veiled attempts to find younger candidates, inserting “digital native” into the list of job requirements. The Oxford English Dictionary defines the term as “a person born or brought up during the age of digital technology.” This contrasts with “digital immigrants” who were born before the digital age. By requesting only digital natives, companies are essentially saying “over 40 need not apply.”

Similarly, if companies primarily recruit on college campuses, this prevents older job candidates from applying. PricewaterhouseCoopers was hit with an age discrimination lawsuit earlier this year for doing just that.

The Age Discrimination in Employment Act (ADEA) protects job candidates and employees who are 40 years or older from age discrimination, including decisions that affect hiring, firing, promotions, layoffs, benefits, and training.

2. Hiring independent contractors instead of employees

Companies like Uber, Lyft, and Grubhub argue that the app-based economy mutually benefits workers and customers. Workers enjoy the flexibility of determining their own schedules as independent contractors, they say, but “flexibility” may be a nice term they use to dodge their legal responsibilities.

By classifying these drivers, delivery workers, and others as independent contractors, companies aren’t required to provide workers benefits like minimum wage, overtime, and unemployment. This arrangement is O.K. if employees enjoyed all the benefits of being independent contractors, but instead they must adhere to strict corporate guidelines and rates, all without the security that comes with regular employment.

There is no clear-cut definition for an employee, but the Department of Labor (DOL) emphasizes a wide interpretation of the Fair Labor Standards Act (FLSA), the act that guarantees minimum wage and overtime. “Most workers are employees under the FLSA’s broad definitions,” the DOL recently said.

As regulatory agencies continue to clarify the employer-employee relationship, many workers are taking matters into their own hands by filing class action lawsuits. Uber recently tried to settle two driver misclassification lawsuits in California and Massachusetts for $100 million, but U.S. District Judge Edward Chen argued the sum was too small in a case that could result in $1 billion in penalties.

Even if a worker is considered an employee, they may still fall victim to flexible work arrangements. “On-call” work is a practice that is popular in the retail and service industries. It’s an arrangement that allows employers to cut back on the number of full-time employees by slotting in part-time workers as necessary.

When workers are on-call, they often have to call ahead or even show up to work not knowing if they will be needed. This results in unpredictable schedules, wasted commutes, fluctuating earnings, and scheduling nightmares that make things like child care difficult to arrange.

According to the Economic Policy Institute, 17% of the workforce has on-call or irregular schedules—a group that is disproportionately made up of the lowest paid workers.

Some states like California, New York, and New Jersey have laws that protect employees against last-minute shift cancellations. The California Fair Scheduling Act requires that employees are compensated for one hour of work if their shift is canceled within less than one week, and half of their scheduled shift’s wages if the cancellation happens within less than 24 hours’ notice. In New York, employees are entitled to four hours of work if they report (either physically, or via the phone or text) for a scheduled shift.

Employees in the app-based economy are also hurt by on-call work. A class action lawsuit in Pennsylvania argues that Uber drivers should be paid minimum wage for the time they are logged into the app waiting for passengers.

One employer allegedly read an employee's personal emails over an 18-month period.

If you are working with company tools during work hours, it’s usually within an employer’s legal rights to access your files, web history, and work email. But, when employees work outside of the office, use their personal devices for work email, or even access personal email from a corporate device, that’s when things get complicated.

Some employees have successfully won lawsuits against their employers for invasion of privacy. One 2013 case involved a woman who forgot to delete her personal email on her company Blackberry. Her employer allegedly read her personal emails over an 18-month period before the employee realized it. The court ruled in her favor.

In addition to monitoring browsing history and email, some companies are even using GPS software on corporate-owned digital devices and cars to track employee whereabouts and productivity. This can quickly become illegal once employees are off the clock.

In 2015, Myrna Arias sued her former employer, Intermex Wire Transfers, for allegedly firing her when she deleted the GPS app from her company phone. Arias argued the app was monitoring her whereabouts outside of work hours. The case was settled privately.

The Stored Communications Act (SCA) prohibits companies from accessing electronic communications without authorization unless they provided the service.

States like Connecticut and Delaware also require that companies receive employee consent before using GPS tracking.  California, Texas, Minnesota, and Tennessee all have laws that prohibit mobile tracking of other individuals—regardless if they are employees—without their consent.

If an employer chooses to act on the private information they find, an employee may be able to file a wrongful termination lawsuit. Thirty-one states currently have laws that protect employees from termination for lawful activities outside of work hours.

5. Stripping away your right to form a class action lawsuit

Nearly 40% of employers now require employees to waive their right to file a class action lawsuit. These binding arbitration agreements, which are often buried in employee handbooks, don't allow employees to opt-out.

Like other methods for stripping employees of their rights, employers argue that arbitration allows legal matters to be settled more efficiently by doing so outside of court with a private arbitrator.

But, employees are less likely to win disputes that are filed in arbitration, and they walk away with less money than cases that are tried before a judge and jury in court. A Cornell University study found that employee litigation awards were five to 10 times greater than arbitration awards, and between 2003 and 2007, employees only won 21% of all workplace arbitration cases.

Do you need to fight back?

If you were denied minimum wage or overtime, were misclassified or faced discrimination, or were denied any other employee right, contact us today for a free legal review. Our attorneys have recovered more than $4 billion from negligent companies.

Does an employer owe you money or benefits?