Uber lawsuits seek to establish that drivers for the ride share company are employees, not independent contractors, and therefore entitled to worker protections and benefits.

As contractors, Uber drivers are required to pay for job-related expenses such as gas, insurance, and vehicle maintenance. But drivers complain that they are treated like employees and should be classified as such, a shift that would entitle them to business expense reimbursements, gratuities, and other benefits. Drivers also want greater transparency about how Uber makes certain driver decisions.

Uber drivers argue that they should be considered Uber employees and receive wage protections and other job-related benefits.

Uber offered $100 million in compensation to settle two Uber class actions in California and Massachusetts. Under the agreement, Uber drivers would remain independent contractors, but be entitled to compensation. The settlement was rejected by U.S. District Judge Edward Chen, who argued the sum was far too small to settle a case that could result in $1 billion in penalties.

Uber Technologies, Inc. is a San-Francisco-based ride-hail company that uses a mobile app to connect ride seekers with drivers who operate their own vehicles, much like a taxi.

Uber operates in hundreds of cities worldwide and is worth an estimated $60 billion. In a number of states, Uber drivers are claiming in lawsuits that the company exploits them by classifying drivers as independent contractors and forcing them to pay for all their own business expenses while at the same time paying Uber commissions of 20-30 percent.

Drivers also claim that Uber does not give them enough information about important company policies, such as decisions to deactivate drivers from the Uber platform without much warning or recourse.

Finally, Uber drivers want to be able to solicit tips from passengers, something they say they aren’t allowed to do under company policy.

The main thrust of Uber lawsuits is that workers should be classified as employees—a designation that would entitle them to job-related expenditures such as vehicle insurance and maintenance costs.

Reclassifying drivers as employees, though, could possibly force Uber to offer additional worker benefits such as health insurance, workers’ compensation, and minimum wage.

At stake is not only the Uber/driver relationship but the future of independent contractors in the “sharing economy” at large.

On the other hand, a decision in favor of the plaintiffs could cut into the self-employed freedom that many Uber drivers say they enjoy. For example, as employees, Uber drivers may have to work set shifts (instead of making their own schedule) and be unable to drive for other ride-sharing companies (such as Lyft).

At stake is not only the future of the Uber/driver relationship, but the future of independent contractors in the “sharing economy” at large. Many tech startups employ a business model similar to Uber’s that is built around 1099-workers. Plaintiff success in the Uber class actions could prompt similar lawsuits against other companies that rely on contract labor.

Indeed, companies like GrubHub, DoorDash, Instacart, and Homejoy are already facing lawsuits similar to those Uber is defending. The outcome of Uber lawsuits could have an impact on all relevant sharing economy cases.

In a formal objection filed with the court, Mr. O’Connor said that the deal “is not in my interest or in the interest of any Uber driver.”

Not lawsuit settlements, but findings by state labor commissions that, while not legally binding, send a signal to Uber about how future lawsuits might turn out.

Eighteen months prior, in June 2015, the California Labor Commission ruled that an Uber driver was an employee, not a contractor, and awarded the driver over $4,000 in expense reimbursements. Uber filed an appeal, however, and the case will be reviewed in court.

And in Oregon, the labor commissioner issued an advisory opinion saying that Uber drivers are employees under state law. Uber disputed the finding, citing inadequate attention to relevant facts.

Despite arguing that they are independent contractors and not employees, Uber has privately settled lawsuits for the actions of their drivers, including two sexual assault cases and one wrongful death lawsuit. These settlements acknowledge the company's responsibility of their drivers.

Free Case Review
Are you an Uber driver? 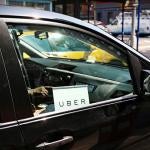 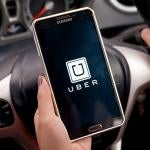