Volkwagen cheated on emissions tests, and now it's paying the price. VW has agreed to a $15 billion settlement that will compensate owners, provide vehicle buybacks, and promote environmental initiatives.

Volkswagen captured a dominant share of the U.S. diesel car market from sales of its 2.0 TDI cars, touted as having an unbeatable package of performance, fuel economy, and low emissions. As it turned out, those VW diesels were too good to be true: the company announced in 2015 that it had used special software to cheat on emissions testing.

Instead of the clean emissions VW boasted, its TDIs in fact emit levels of nitrous oxide well above legal limits. VW's shocking cheating admission spawned VW lawsuits and set the stage for costly dealings with regulators, dealers, and owners.

On October 25, 2016, a federal court approved the terms of a $15 billion settlement that VW hopes will make things right with U.S. TDI owners.

On December 20, 2016, VW announced it had also reached a $1 billion settlement with 3.0L diesel drivers affected by Dieselgate.

That same week, the company announced a settlement with Canadian drivers impacted by Dieselgate. This settlement will reimburse Canadian VW owners with between $5,100 and $8,000, depending on the make and model of their VW vehicle.

Finally, in January 2017, the German automaker reached a $4.3 billion agreement with the U.S. Department of Justice, which will cover criminal and civil charges stemming from the Dieselgate scandal. A judge approved that agreement in April 2017. Of that $4.3 billion, $2.8 billion will settle criminal charges and $1.5 billion will settle civil charges, mostly those filed by environmental regulators.

A funding pool worth a maximum of just over $10 billion will compensate approximately 475,000 eligible owners of 2.0L TDI cars. The pool will provide owners with:

Customers now have the choice to “opt out” of the settlement and pursue a private compensation claim against Volkswagen (or continue to drive their vehicle as it is and do nothing).

The following 2.0L TDI vehicles are affected by Dieselgate:

This settlement brought the total cost of the Dieselgate scandal to roughly $25 billion.

In November 2017, Volkswagen agreed to pay $69 million to New Jersey to resolve the state's Dieselgate lawsuits. This was one of the few remaining major lawsuits that the automaker had yet to settle in the U.S.

Free Case Review
Do you own a defective or recalled vehicle? 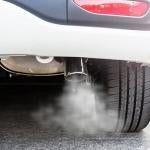 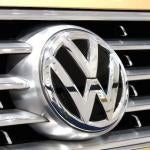 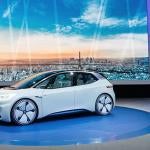 Do you own a defective or recalled vehicle?