Research showing thousands of injuries and deaths linked to Roche's rheumatoid arthritis drug Actemra is raising questions about whether Roche failed to warn patients and doctors about the drug's side effects.

Description: Actemra works by inhibiting the protein interleukin-6 (IL-6), which plays a role in inflammation.

Actemra competes with arthritis medications such as Enbrel, Humira, and Remicade. While these medications can provide relief from rheumatoid arthritis, they also have serious potential side effects, including the risk of heart attack, stroke, heart failure, and lung complications.

Roche may have failed to warn about deadly Actemra heart, lung, and pancreas side effects.

Actemra did not carry warning labels for these adverse reactions when it was introduced in 2010, leading many to believe the drug was a safer alternative to other rheumatoid arthritis drugs. Since then, thousands of Actemra patients have suffered injuries and even died. But the drug's warning labels have not been updated to reflect recent findings.

Evidence is now emerging that the risks of cardiovascular problems and other conditions are the same or higher with Actemra than with competing drugs. This has led to claims that Actemra is more dangerous than advertised and should carry stronger warnings.

Actemra may cause a number of severe side effects that Roche failed to warn about, including:

Other possible Actemra side effects include:

Rheumatoid arthritis can take ten years off a person's life.

The specific cause of rheumatoid arthritis is not known. Risk factors include genetics, the environment, hormonal changes, and lifestyle. Primary symptoms of the disease are joint pain, stiffness, swelling, and redness. Secondary symptoms include fatigue, malaise, fever, and weight and appetite loss.

Rheumatoid arthritis is progressive and incurable, and it can be debilitating if left untreated. As joint damage worsens, patients may experience a decline in mobility and range of motion, difficulty performing common tasks, and the inability to work.

Rheumatoid arthritis usually affects the joints of the hands, feet, wrists, elbows, knees, and ankles. The disease can also be systemic, affecting the cardiovascular, respiratory, and other body systems. It can take ten years off a person's life.

Because some patients don’t respond well enough to existing rheumatoid arthritis therapies, there is a need for advances in treatment. Over the years a number of new medicines have substantially reduced the burden of disease in RA patients.

One of those new medicines is Actemra. Like other rheumatoid arthritis medications, Actemra inhibits parts of the immune system that cause inflammation. Tocilizumab (the drug in Actemra), however, which targets the interleukin-6 (IL-6) protein, has a mechanism of action different from other rheumatoid arthritis medications. For example, Humira, Enbrel, and Remicade target a protein called tumor necrosis factor-alpha (TNF-alpha).

The IL-6 protein is involved in inflammation and is believed to play a role in rheumatoid arthritis. By blocking IL-6 from connecting to cells, Actemra can reduce arthritis-associated inflammation.

But as evidence accumulates that Actemra has similar side effects to its competitors—but no warnings for them—it raises questions about failure to warn.

The Market for Rheumatoid Arthritis Drugs

Rheumatoid arthritis is one of the most common autoimmune diseases, impacting around 1 percent of the world population. From the point of view of pharmaceutical companies, this means that medications to treat the disease have blockbuster potential.

The global rheumatoid arthritis market was worth $19.5 billion in 2015 and is set to grow to around $30 billion by 2025. With so much money up for grabs, drug makers compete fiercely and are constantly seeking a marketing edge.

Since the entire class of drugs that treats rheumatoid arthritis has serious—even life-threatening—potential side effects, a safer drug would have a major market advantage. When Actemra was introduced without warnings for serious adverse effects common to DMARDs, doctors and patients were excited.

According to a STAT News report, from 2010 to 2016 the U.S. Food and Drug Administration (FDA) received over 13,500 adverse event reports involving Actemra, including 1,128 reports of patients who died while taking the drug.

STAT examined reports on serious side effects for leading rheumatoid arthritis drugs during this six-year period and found “clear evidence that the risks of heart attacks, strokes, heart failure, and other conditions were as high or higher for Actemra patients than for patients taking some competing drugs.”

Similar results were found for heart attack and heart failure. Again, Humira and Remicade have warnings for these side effects, but Actemra does not. None of the drugs’ labels have pancreatitis warnings. Only Humira has a stroke warning.

STAT spoke to experts for their report who said that the FDA should immediately consider Actemra warning labels for heart failure and pancreatitis. The possible link between Actemra and an increased risk of heart attacks, strokes, and interstitial lung disease should be further investigated, added the experts.

During a 2008 meeting of the FDA’s Arthritis Drug Advisory Committee, the panel voted ten-to-one in favor of approving Actemra, despite concerns about infections, gastrointestinal perforations, cardiovascular problems, and other severe side effects.

The lone dissenter was consumer representative Diane Aronson. Ms. Aronson felt that a lack of safety data raised “some red flags.” In her opinion, “yes” voters gave Actemra the green light because postmarketing studies would provide better data, and warning labels would be added if necessary.

Postmarketing studies have been done—and they’ve confirmed some of the risks found in the STAT analysis. But to date, Actemra’s warnings have not been strengthened.

Actemra patients who have suffered a heart attack, heart failure, stroke, pancreatitis, or interstitial lung disease may be eligible for an Actemra lawsuit. ClassAction.com’s team of attorneys has the experience and resources to tackle complex pharmaceutical litigation, and we are currently investigating the issue.

Free Case Review
Did you suffer heart, lung, or pancreatic side effects after taking Actemra? 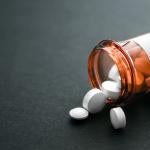 Did you or a loved one suffer harm after taking Actemra?