Bair Hugger patient warming devices are supposed to prevent surgical hypothermia, but they're linked to a higher rate of hospital-acquired infections.

Description: The Bair Hugger patient warming system is designed to keep surgical patients warm and prevent the poor outcomes associated with surgical hypothermia (lowering of the body temperature). Bair Hugger consists of a heater/blower unit that attaches via a hose to a disposable, perforated blanket. The warming unit draws in air from the operating room, heats it to a selected temperature, and blows the warmed air into the blanket and across the patient's body. Several blower units and numerous blanket configurations allow the system to be used for virtually any surgery and with patients of all sizes. Bair Hugger, compared to other patient warming systems, is associated with a higher risk of hospital-acquired infections that is allegedly due to the way it recirculates contaminated air and encourages bacteria growth.

Bair Hugger blankets use hot air to keep patients warm during surgery. The devices have been used in operating rooms across the country since the 1980s, but research suggests that they may increase patients’ infection risk, particularly deep joint infections. Some patients have sued manufacturer 3M, claiming that Bair Hugger blankets caused them to develop a serious hospital-acquired infection.

If you developed an infection following knee or hip replacement surgery that used a Bair Hugger device, ClassAction.com can help. Contact us for a free case review to learn more.

Get in Touch Now

The Importance of Patient Warming

During surgery the combination of anesthesia, a cool operating room, IV fluids, and an open incision can cause a patient’s body temperature to drop—a condition known as hypothermia. Even mild hypothermia can cause patient complications, including blood loss, surgical site infection, cardiac problems, and prolonged recovery after surgery.

The devices have two parts: a portable heater/blower unit and a disposable blanket with rows of inflatable tubes that is positioned over (or under) surgical patients. The warming unit draws in surrounding air, heats it to a specific temperature, and then pumps the warmed air through a hose and into the blanket. Perforations in the blanket distribute warm air across the patient’s body.

Critics of Bair Hugger devices say that they can stir up contaminants from the operating room floor and spread them to the surgical site. These allegations are supported by numerous scientific studies.

Bair Hugger devices allegedly create an infection risk because of the way they disrupt air currents. It’s claimed that waste heat from the device accumulates under the operating table and creates convection air currents that capture bacteria from the operating room floor and deposit them into the sterile surgical field.

One of the most recent, published in The Bone & Joint Journal, concludes that convection air currents created by the Bair Hugger increase particle concentration by a factor of 1,000.

“Waste heat created convection currents that rose against the downward unidirectional airflow, causing turbulence over the patient. The convection currents increased the particle concentration 1000-fold by drawing potentially contaminated particles from below the operating table into surgical site,” the researchers wrote.

Other studies that draw similar conclusions are published in the Journal of Bone and Joint Surgery, Anesthesia & Analgesia, and Anaesthesia.

The man responsible for bringing the Bair Hugger to market has emerged as one of its most vocal critics.

Dr. Scott D. Augustine invented the Bair Hugger during the 1980s, but in recent years he’s campaigned against using the device for certain types of surgeries, including artificial heart valve implantations and joint replacements.

The problem of infection risk is so severe that the Bair Hugger “should never be on another orthopedic patient.”

Augustine, who is promoting a new patient warming device that he says is safer than Bair Hugger, told the New York Times that, “I am very proud of the old technology. But I am also proud to spread the word that there is a problem.”

The problem of infection risk, says Augustine, is so severe that the Bair Hugger “should never be on another orthopedic patient.” 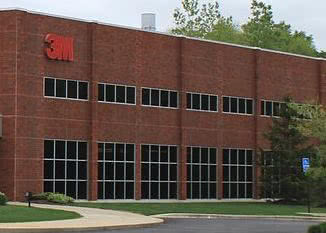 Augustine came up with the Bair Hugger when he was CEO of Augustine Medical, Inc., which would later become Arizant. 3M purchased Arizant in 2010 and with it, the rights to Bair Hugger.

The Bair Hugger Patient Warming System gained FDA approval in November 1987 through the 510(k) program. Under this program, devices found to be “substantially equivalent” to those already on the market require little or no testing on actual patients. In other words, 510(k)-approved devices like the Bair Hugger can come to market without undergoing clinical trials for safety and efficacy.

From 1990 to 1996 FDA issues 14 additional Bair Hugger clearances—all of them through the 510(k) program—to Augustine Medical/Arizant.

Since all of these Bair Hugger devices were based on “substantial equivalence” to predicate devices, none of them were required to undergo testing. Highly-regarded institutions such as the New England Journal of Medicine have spoken out against the shortcomings of the 510(k) process. In a 2011 article, NEJM authors pointed out that it is “impossible for 510(k) clearance to assure safety and effectiveness, because it assesses neither.”

3M makes a wide range of Bair Hugger warming units and blankets. More than 50,000 Bair Hugger systems are currently in use in hospitals nationwide.

During joint replacement surgery a single airborne bacterium can contaminate the surgical site and cause a deep joint infection, the results of which can be catastrophic. The artificial joint might need to removed, followed by a long period of hospitalization, up to 2 months of antibiotics, and then another joint replacement surgery. Patients with infected joints suffer severe pain and suffering and in some cases, permanent disability. Amputation may also be necessary and left untreated, these infections can be deadly. The costs of treating a joint infection can run to $100,000 or more.

With the incidence of Methicillin-resistant Staphylococcus aureus (MRSA) and other antibiotic-resistant “super bugs" on the rise, hospital-acquired infections are a particularly grave concern.

Some patients who underwent surgery that used a Bair Hugger warming blanket are now suing manufacturer 3M, claiming that the device caused them to develop an infection that resulted in serious and costly health complications. They also claim that 3M was aware of the infection risk posed by their forced air warming blankets but did not reveal these risks to the public or make product changes that would mitigate them. More than 800 Bair Hugger lawsuits are centralized in federal court as part of a multidistrict litigation (MDL).

If you suffered an infection following an operation—especially a knee or hip replacement surgery—we can help. Contact ClassAction.com to schedule a no-cost, no-obligation case review.