Breach of warranty or “lemon law” allows consumers to file lawsuits against manufacturers for defective products that fail to live up to their warranties.

The Magnuson-Moss Warranty Act (MMWA) of 1975 protects consumers from deceptive advertising by clarifying warranties and forcing warrantors to uphold them. With this act as its foundation, breach of warranty law—or “lemon law”—allows consumers to file lawsuits against manufacturers or merchants for products that fail to live up to their warranties.

The most common items at the center of lemon law cases are cars, RVs, boats, and mobile homes. Certified pre-owned (CPO) vehicles often make for strong cases, particularly from the following automakers:

These lawsuits are usually filed in state or federal court, and they allow consumers to recover damages for defective or irreparable items. Importantly, under the MMWA a prevailing plaintiff may recover legal fees, which means a person can pursue a breach of warranty lawsuit at no cost to them.

Who Is Eligible for a Lemon Lawsuit?

The MMWA covers goods and products, not services. While the most common items at the center of lemon law cases are vehicles, the statute applies to almost any consumer product that comes with a warranty and costs more than $10.00. Therefore household items like electronics, appliances, HVAC units, and exercise equipment also qualify.

Most lemon lawsuits involve some combination of the following:

If you meet the above criteria, please contact us for a free consultation.

Please note that “WARRANTY VOID IF SEAL REMOVED” stickers and tie-in clauses (e.g., “must be serviced or repaired by an X technician”) are illegal. These tricks are extremely common in the electronics industry; Sony, Microsoft, and Apple all use them to try and evade their warranty responsibilities. But the MMWA expressly forbids tie-in clauses and void-if-removed stickers.

The Act only applies to written warranties, not oral ones or handshake agreements. The MMWA also does not apply under the following conditions:

In order to pursue a lawsuit, a consumer must save and provide all pertinent receipts/invoices and repair orders as proof of breach of warranty.

What Damages Can a Lemon Lawsuit Recover?

Under the Magnuson-Moss Act, a prevailing plaintiff is entitled to recover attorney's fees from the warrantor. This means a consumer can pursue a breach of warranty lawsuit without being required to pay for an attorney, who can recover fees and costs from the other side.

In certain cases, a consumer may also recover incidental or consequential damages incurred as a result of the breach of warranty. These damages may include:

However, while a repurchase is sometimes available if the direct seller of the product gives a warranty, a manufacturer who does not sell the product directly to a consumer is not usually required to repurchase the item under the MMWA.

What Are Some Notable Lemon Law Cases?

There are too many lemon law cases to document them all here. For example, in New York in 2015 alone, more than $2.5 million was refunded to 68 consumers who filed automobile lemon law cases.

Here are some recent and notable breach of warranty cases.

In 2016, multimillion-dollar settlements were reached in several class action settlements involving washing machines that accumulated excessive mold and mildew because of a design flaw.

The first settlement centered on machines made by Whirlpool and Sears, while the second involved LG front-loaded washers sold between 2002-2006.

In the Whirlpool case, consumers would be reimbursed $50 and up to $500 for repairs/replacements. In the LG case, they were entitled to $35 or up to $105 off a new LG washer.

In October 2016, Ford settled a class action lawsuit over its 2011-2015 Explorers, which allegedly leak exhaust fumes into the cabin.

Under the terms of the proposed settlement, Ford will repair warrantied vehicles free of charge and reimburse customers whose warranties expired. Ford will also notify affected owners about the settlement, and pay all attorney fees.

In 2015, BMW reached a settlement with the FTC over requiring customers to use specific parts and service centers (theirs) or else risk invalidating their warranties. These types of tie-in clauses are illegal under the MMWA.

The proposed settlement forces BMW to comply with the MMWA and the FTC Act moving forward; it also

No word yet on whether the FTC will go after other automakers and electronics companies (Apple, Sony, Microsoft) who engage in similar unlawful tactics.

An Interview with Vince Megna, the Lemon Law King

In 2014, Tesla settled a lemon lawsuit with Robert Montgomery of Franklin, Wisconsin, agreeing to pay him $128,000. Mr. Montgomery had purchased a Tesla Model S that immediately required extensive repairs, spending at least 60 days in a Chicago auto shop.

In 2012, a judge upheld a $482,00 lemon law verdict for a Waukesha, Wisconsin man named Marco Marquez. (Wisconsin has some of the strongest lemon laws in the country.)

Mr. Marques had pursued the lawsuit against Mercedes-Benz over a Mercedes-Benz E320 sedan Mr. Marquez purchased in 2005, which had serious malfunctions and required extensive, near-constant repairs.

How Do I File a Lemon Lawsuit?

If you purchased a warrantied product that proved to be damaged or defective, and the manufacturer or merchant has failed to uphold the warranty, you may have a lemon law case.

Morgan & Morgan is one of the largest consumer protection firms in the country. With more than 300 lawyers and a support staff of over 1,500 people, we are one of the few with the resources to take on large companies on behalf of regular people. To date, we have won more than $5 billion for clients.

Free Case Review
Did someone sell you a defective product and then fail to repair or replace it?

Related Information on Breach of Warranty: 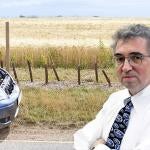 An Interview with Vince Megna, the Lemon Law King of Wisconsin

Did someone sell you a defective product and then fail to repair it?