Napa and Sonoma County residents who lost their homes or businesses or were severely injured by the Atlas and Tubbs wildfires may be eligible for compensation.

It took more than three weeks for firefighters to completely contain the Atlas and Tubbs fires. Now, survivors face the long recovery and rebuilding process.

Fire damage can be overwhelming—especially when it results in complete property losses. However, there are concrete steps you should take to repair your home, replace your property, and file your insurance claims after a wildfire. Download our free wildfire recovery checklist below.

If you were injured or suffered damages as a result of the fires, you have the right to hold responsible parties accountable for their negligence. Contact us to learn more about your legal options.

Some of the most destructive Californian wildfires have been attributed to damaged power lines.

On October 8th, Sonoma County dispatchers responded to 10 different reports of downed power lines, exploding electrical transformers, and sparking wires over a 90-minute period. Strong winds in excess of 75 mph that night and early the following morning were no match for the drought-damaged trees and new vegetation that PG&E allegedly failed to clear from their power lines.

Cox Communications and San Diego Gas & Electric were found to be responsible for three wildfires that swept San Diego County in 2007. The Guejito, Witch, and Rice fires scorched 207,000 acres, destroyed 1,141 homes, and killed two people. Investigators determined that the fires were caused by a felled tree branch on a power line, and a damaged power line coming in contact with a conductor.

PG&E was fined $8.3 million for their failure to properly maintain a power line that sparked and caused the 2015 Butte Fire.

This isn’t the first time that PG&E’s negligent actions have been linked to California wildfires.

In April of 2017, the utility company was fined $8.3 million for their failure to properly maintain a power line that sparked and caused the Butte Fire. The September 2015 fire killed two people and destroyed 549 homes in Amador County. The company still faces more than 1,000 lawsuits for the Butte Fire. CalFire is also fighting to have the company pay $90 million in firefighting costs.

The 2015 Valley Fire in Lake County, CA has also been linked to PG&E's negligence. It’s the state’s fourth most damaging fire on record, having destroyed nearly 2,000 structures.

Sadly, this isn't a new trend. The utility company was also found guilty of 739 counts of negligence for the 1994 wildfire near Rough and Ready, a town in the Sierra foothills. They were fined nearly $30 million by state regulators.

Who is eligible for a lawsuit?

If you meet at least one of the following criteria, you may be eligible for a lawsuit:

Why File a Lawsuit?

We're fighting to hold utility companies like PG&E accountable for their negligent behavior to ensure a disaster like this doesn’t happen again.

If your home or business was destroyed, or you were injured as a result of the Northern California wildfires, you may be eligible for a lawsuit. Our attorneys have the experience and resources to hold powerful corporations, like PG&E, accountable. We have represented victims of natural disasters throughout the country, including the Porter Ranch gas well blowout and the Calumet lead crisis.

Contact our attorneys today for a free, no-obligation legal review. It costs nothing unless we win a verdict or settlement in your favor.

Free Case Review
Were you injured or did you suffer damages from the Atlas or Tubbs wildfires? 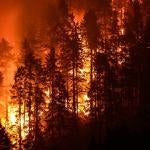 Injured or suffer damages from the Northern California wildfires?