E-cigarettes have earned a dangerous reputation for exploding without warning. Victims are fighting back by filing lawsuits against manufacturers, and in some cases, are receiving millions in damages.

E-cigarettes feature toxic ingredients and volatile lithium-ion batteries known to combust without warning. This lethal combination has sent many to the hospital with second and third-degree burns.

Lawsuits continue to pile up against e-cigarette manufacturers. Because of the dangers e-cigs pose and the lack of warnings, plaintiffs are likely to be compensated generously for their injuries. In 2018, Morgan & Morgan recovered $2 million for a victim of an exploding e-cig.

Other companies that sold explosive products—such as refrigerators and dehumidifiers—have settled for large amounts, suggesting that e-cig manufacturers may do the same.

If your e-cigarette exploded without warning, causing personal injury or other damage, you may be eligible for a lawsuit. Contact us today for a free, no-obligation legal consultation.

In April 2018, a jury awarded $2 million to a man who was seriously injured by an exploding e-cigarette battery. The man purchased the battery, which was made in China, on eBay. After two months of regular use, the battery exploded, knocking out three of the plaintiff's teeth.

Jennifer Ries was on her way to the airport when her charging e-cigarette exploded in her car. The explosion caught her seat and dress on fire, causing second-degree burns on her legs, buttocks, and hand.

She filed a lawsuit in Riverside County Superior Court against VapCigs, Cartons 2 Go, and Tobacco Expo (the store that sold her the e-cig). The lawsuit alleged that these companies were "involved in the distribution of a product that failed to conform to any kind of reasonable safety expectation—battery chargers should not explode—and failed to warn about known dangers."

Companies were also put to task for offering “free starter kits” to lure consumers in. Customers, however, had to pay for these "free" kits.

In 2012, a lawsuit was filed in California against Norcold RV refrigerators, led by plaintiffs Jeffery and Susan Etter. The complaint argued that the appliances could corrode, leak, and catch fire. A former employee revealed that fires were caused by a metal boiler tube that could crack and leak hydrogen and ammonia.

Some mobile home owners that used Norcold’s fridge lost all of their possessions when the appliance exploded. In October 2016, Norcold settled for $36 million.

Hewlett-Packard was also penalized by the CPSC for failing to report a fire-hazard that sent some people to the hospital. By September 2007, the company allegedly knew of 22 incidents of its laptops catching fire because of faulty batteries susceptible to overheating. However, they continued to sell the laptops and didn’t report the faulty battery until 10 months later.

ClassAction.com continues to file lawsuits on behalf of e-cigarette burn victims. If you or a loved one were injured by an exploding e-cigarette battery, you may be owed money.

A lawsuit can recover damages for pain and suffering, medical bills, lost wages, and more. Contact us today for a free consultation. Don't wait; these cases are time-sensitive.

Free Case Review
Did your e-cig or vape pen explode? 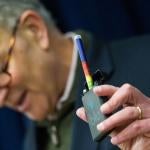 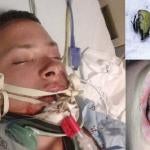 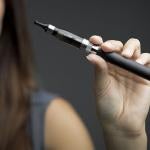