Hernia mesh is used to support damaged tissue after hernia surgery and help quicken the recovery. But some patients that undergo hernia repair surgery suffer severe complications, which they believe were caused by the implanted surgical mesh.

Some types of hernia mesh, like Physiomesh and C-Qur mesh, can damage the intestines, bowels, and abdomen. These side effects may require additional (or revision) surgery.

Patients who required hernia revision surgery are now filing lawsuits against manufacturers Ethicon and Atrium. They allege that the companies designed dangerous and defective products and failed to warn about their potential complications.

If you or a loved one required revision surgery because of side effects from hernia mesh, contact us today for a free, no-obligation legal consultation.

What Are Some Complications from Hernia Mesh?

Patients can suffer the following side effects from hernia mesh:

Which Hernia Meshes Has the FDA Recalled?

In October 2012, the FDA sent a warning letter to Atrium for their failure to address C-Qur mesh infection and sterility complaints. Thirty-five complaints were made after finding human hair in the device.

The FDA filed a lawsuit against Atrium for poor quality control at their New Hampshire manufacturing facility.

In July 2013, Atrium issued a Class 2 FDA recall of C-Qur mesh because the coating could stick to the package lining if exposed to high levels of humidity. This separation could increase the risk of infection.

The FDA filed a lawsuit against Atrium for poor quality control at their New Hampshire manufacturing facility, forcing the company to stop production and distribution of the C-Qur mesh.

Ethicon's Physiomesh was also recalled in July of 2016. Ethicon, a Johnson & Johnson subsidiary, voluntarily issued the recall, citing a higher risk of recurrence and revision surgery compared to other brands.

Why Is Hernia Mesh Incompatible with Some Patients? 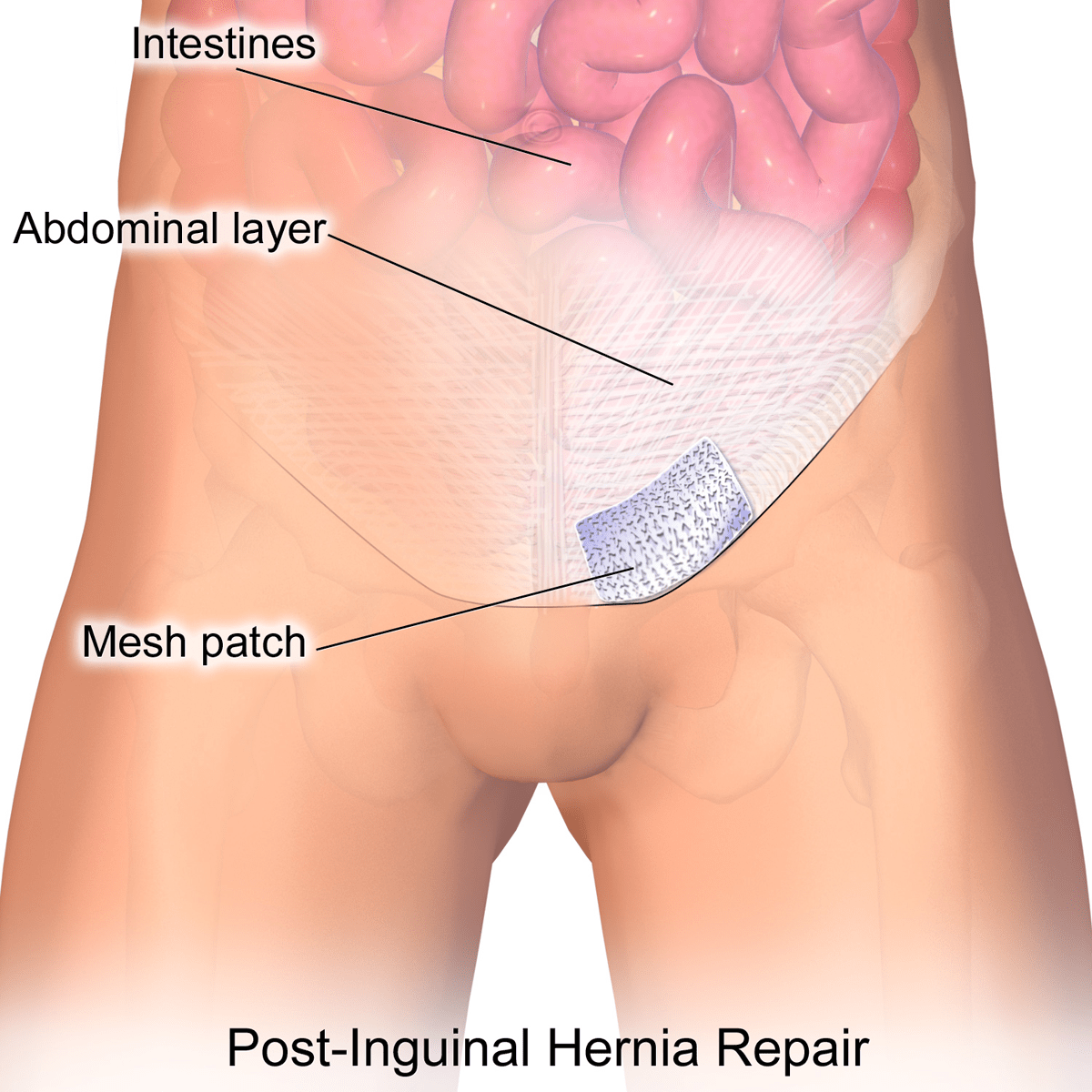 Physiomesh, manufactured by Ethicon, and C-Qur mesh, made by Atrium, are both made from materials that aren't compatible with many patients' bodies.

Physiomesh and C-Qur mesh are both made of polypropylene plastic. This is the same material used for the majority of transvaginal mesh products, which has resulted in more than 100,000 personal injury lawsuits.

Physiomesh is also coated with Monocryl, an absorbable material used to prevent inflammation and adhesion, which patients allege is not suitable for implantation.

C-Qur mesh is manufactured by Atrium, a subsidiary of Maquet. Unlike Physiomesh, it is coated with an Omega-3 fatty acid fish oil. This oil can cause allergic reactions in some patients.

What Are Some Notable Hernia Mesh Lawsuits?

The first Ethicon Physiomesh lawsuit is scheduled for January 2018 in Illinois’ Southern District.

The lawsuit was filed by Matthew Huff, who was implanted with Physiomesh in 2013 for an abdominal wall hernia. Two years later, Mr. Huff received revision surgery. The Physiomesh allegedly caused an infection, two abdominal abscesses, and intestinal fistulas.

Atrium similarly faces personal injury lawsuits, which have been consolidated in a multidistrict litigation (MDL) in the U.S. District Court for New Hampshire.

James Brown and his wife filed an Atrium lawsuit in January 2017 for the C-Qur mesh. Mr. Brown was implanted with the device in a hernia repair surgery in December 2013, but he continued to suffer from abdominal pain. He underwent additional surgery in January 2016 to remove the mesh. Doctors discovered he suffered from a “foreign body giant cell reaction” and scarring of the surrounding tissue.

The lawsuit accuses Atrium of convincing medical professionals the product was safe despite knowing that it was biologically incompatible with surgical patients. The complaint also alleges that Atrium failed to properly notify the FDA of adverse events and used “stealth recalls” of the product without notifying the FDA or medical community.

What Are Some Common Hernia Mesh Brands?

Commonly used hernia mesh manufacturers and brands include the following.

Atrium's C-Qur is a polypropylene mesh coated in fish (Omega-3) oil. The oil is supposed to keep the mesh from attaching to tissue, but if all the lawsuits filed over this line of meshes are any indication, that is not always the case.

The FDA approved the C-Qur mesh in 2006 through the 510(k) program, which means that C-Qur did not have to undergo and pre-market studies.

In July 2013, Atrium issued a Class 2 FDA recall of C-Qur mesh because the coating could stick to the package lining if exposed to high levels of humidity, a separation that could increase the risk of infection. This recall involved more than 95,000 meshes.

C.R. Bard's 3D Max hernia mesh is a polypropylene mesh that (like C-Qur) was approved through the 510(k) program, which means it did not have to undergo pre-market studies. 3DMax was approved in October 2008. Just two months later, Bard recalled the mesh because many products were mislabeled.

Like many other polypropylene meshes, the 3DMax has generated complaints of migration, pain, and revision surgery.

The Ventralex hernia patch is a "self-expanding polypropylene... patch that can be used to repair small ventral defects such as umbilical hernias and trocar site deficiencies." The first Ventralex patch was approved in 2002; the most recent one was approved in 2013. Like many other mesh products, it was approved via the 510(k) program.

Bard's Kugel hernia mesh spawned at least three recalls (in 2005, 2006, and 2007); thousands of lawsuits; and millions of dollars in settlement money and jury awards.

In 2010, a jury awarded $1.3 million to Christopher Thorpe after he experienced painful complications from his Kugel mesh. This was a bellwether trial that spurred Bard in 2011 to settle 3,000 more Kugel lawsuits for a jaw-dropping $184 million.

Ethicon's Physiomesh was recalled in July of 2016. Ethicon (a Johnson & Johnson subsidiary) issued the recall, citing a higher risk of recurrence and revision surgery compared to other brands.

What Do Hernia Mesh Lawsuits Allege?

Personal injury lawsuits accuse hernia mesh manufacturers like Ethicon and Atrium of some combination of the following:

Who Is Eligible for a Hernia Mesh Lawsuit?

You may qualify for a hernia mesh lawsuit if you meet the following criteria:

A hernia mesh lawsuit can help recover compensation for the following:

Though there haven’t been any settlements for Physiomesh or C-Qur mesh yet, C.R. Bard’s litigation history for their Composix Kugel Mesh offers some clues on possible compensation.

The Composix Kugel Mesh resulted in more than 3,000 lawsuits. It featured memory recoil rings that could break or buckle, causing complications like abscesses and fistulas.

How Do I File a Hernia Mesh Lawsuit?

If you or a loved one underwent hernia repair surgery and suffered complications from the surgical mesh, contact us for a free, no-obligation legal consultation.

Our attorneys have recovered more than $5 billion against negligent companies, including Big Pharma, and we will fight to help you hold mesh manufacturers accountable. Best of all, filing a lawsuit costs nothing unless we win a jury award or settlement on your behalf. 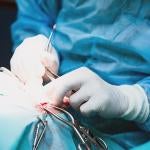