Sodium-glucose cotransporter-2 (SGLT2) inhibitors are a group of drugs FDA-approved to treat low blood sugar in adults with type 2 diabetes.

Diabetes medications like Invokana (canagliflozin) have been linked to ketoacidosis and kidney injuries.

The FDA warned, however, that SGLT2 inhibitors like Invokana can lead to a condition known as diabetic ketoacidosis (DKA), characterized by excessive acid levels in the blood. The FDA has also warned about bone fractures and kidney injuries associated with SGLT2 inhibitors.

A number of manufacturers—including Johnson & Johnson, which makes Invokana—sell diabetic medications that are associated with harmful side effects.

Hundreds of lawsuits currently await trial against Invokana in federal and state courts. Plaintiffs argue that Janssen Pharmaceuticals (a subsidiary of Johnson & Johnson) misrepresented the risks of the medication and failed to warn patients about Invokana's side effects.

What Are the Side Effects of Invokana?

Invokana and similar drugs have strong links to ketoacidosis. There is also evidence that the drugs can cause impaired kidney function, heart problems, bone fractures, and other health complications.

Symptoms of ketoacidosis, as noted by the American Diabetes Association, include:

In June 2016, the FDA introduced new kidney warnings for Invokana, Invokamet, Farxiga, and Xigduo XR, saying that the drugs were linked to adverse event reports of acute kidney injury that in some cases required hospitalization. Symptoms of kidney injury include decreased urine and swelling in the legs or feet. Some patients have filed Invokana kidney failure lawsuits, claiming that the manufacturer did not sufficiently warn of possible renal side effects.

Before Invokana was approved by the FDA, there was a debate among panel members about the drug’s cardiovascular safety. There was particular concern about one clinical study that showed 13 cardiovascular (CV) events in the Invokana group, compared to just one CV event in the placebo group. Eight of the 15 panel members expressed reservations over possible CV events, noting their “concern with the relatively limited volume of data to inform this risk” and “unresolved questions” over increased incidence of stroke and other events.

During a 2013 Congressional testimony, Dr. Sydney Wolfe of Public Citizen, a prominent consumer watchdog group, argued that the possible risks of Invokana outweighed its potential benefits and said that the drug should not be approved.

Since that time, other safety groups—including the Institute for Safe Medication Practices (ISMP)—have said that at the time of FDA approval, Invokana had not been sufficiently tested in clinical trials. The group casts doubt on whether Invokana's benefits outweigh its risks, which is the cornerstone of FDA drug approval.

Invokana and SGLT2 drugs have also been linked to:

Has the FDA Issued Any Warnings for Invokana?

The FDA has reviewed dozens of adverse event reports from patients who took these drugs and required hospitalization.

In May 2015, the FDA warned that SGLT2 inhibitors like Invokana may lead to ketoacidosis, a condition where the body produces high levels of ketones (blood acids) that cause the blood to become overly acidic. According to the FDA, it has reviewed dozens of adverse event reports from patients who took these drugs and required hospitalization.

In September 2015, the FDA revised the labels of Invokana and Invokamet to include information about bone fracture risk and decreased bone mineral density. The updated warning was issued after the publication of a post-marketing study the FDA ordered Janssen to conduct when Invokana was approved.

The FDA added a warning about SGLT2 kidney side effects in June 2016. The warning was based on more than 100 adverse event reports submitted to the FDA. At the time, the agency noted that renal side effects are probably underreported and may be more common than their limited records indicate.

In May 2017, the FDA ordered a black box warning (the highest warning it can issue) for the risk of toe, foot, and leg amputations. The warning was based on the results of two clinical trials which showed that patients with type 2 diabetes were twice as likely to need an amputation if they took Invokana than if they took a placebo.

Which Drugs Are Connected to Ketoacidosis?

The following SGLT2 inhibitors may cause ketoacidosis and other dangerous side effects:

Diabetes patients who took these drugs and suffered injuries may be entitled to lawsuit compensation for medical bills, lost wages, pain and suffering, and funeral costs (in the case of a fatal injury).

Hundreds of cases currently await trial. In December 2016, a federal judicial panel consolidated these cases into a multidistrict litigation (MDL) in New Jersey.

What Could Janssen Be Liable for?

Liability for dangerous drug injuries typically falls on the companies that manufacture and market the drugs in question. For example, Janssen Pharmaceuticals (a Johnson & Johnson subsidiary) sells Invokana and would be the primary target in a lawsuit. A lawsuit would have to prove that Janssen was in some way negligent in the manufacture and/or sale of Invokana. In other words, a successful lawsuit needs to show that Janssen did not do enough to protect the public from possible harm resulting from Invokana use.

Currently, lawsuits allege that Janssen Pharmaceuticals is guilty of some combination of the following:

Who Qualified for an Invokana Lawsuit?

To be eligible for an Invokana lawsuit, a person would have taken Invokana (or a similar drug) and suffered ketoacidosis, kidney injury, or another type of unforeseen injury. The death of a patient who was taking an SGLT2 inhibitor could also be cause for legal action.

Free Case Review
Have you experienced serious side effects from taking Invokana? 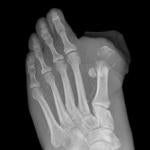