Inferior vena cava (IVC) filters are designed to keep blood clots from reaching the heart and lungs, but they can migrate, fracture, and puncture the inferior vena cava, prompting lawsuits against manufacturers.

IVC filters are linked to hundreds of injuries. At least one manufacturer appears to have hidden device flaws from the public.

Inferior vena cava (IVC) filters are tiny, spider-like wire devices inserted into the largest vein in the body to prevent blood clots that originate in the lower body from reaching the heart and lungs, where they can be fatal. But the IVC filters can themselves be deadly when pieces break off, migrate, and puncture veins and organs.

If you or a loved one were injured by an IVC filter, contact us for a free consultation. You may be eligible for a lawsuit that could result in compensation for medical bills, pain and suffering, and more.

Despite a lack of long-term studies demonstrating IVC filter safety and effectiveness—and even though research shows filter recipients still suffer from pulmonary embolisms and have an even higher incidence of deep vein thrombosis—the devices are implanted in roughly a quarter of a million U.S. patients each year.

Why? Most patients at risk for thromboembolism take anticoagulant medications (blood thinners), but some patients are poor candidates for these drugs. For them, an IVC filter can’t stop blood clots from forming, but it can prevent a blood clot from reaching and blocking the pulmonary artery.

The traditional wisdom behind the device’s use, however, has been called into question not only by research, but also by a high volume of reported device complications. From 2005 to 2010, the FDA received more than 900 adverse event reports involving IVC filters. The most common complaints were:

Many newer IVC filter models are designed to be removed once the patient is medically cleared, but there can also be complications with device removal. The Journal of the American Medical Association (JAMA) published a study that looked at 952 patients with IVC filters. About 2% of device retrievals failed, for the following reasons:

You can read more about the research linking IVC filters to patient complication on our IVC Filter Product Page.

Hundreds of IVC filter lawsuits have been filed nationwide, mostly against manufacturers C.R. Bard and Cook Medical. The primary devices named in these lawsuits are:

Bard’s negligence regarding IVC filters was documented in an NBC News investigation. According to NBC, dozens of deaths and hundreds of non-fatal complications are linked to the Bard Recovery and G2 filters. The investigation says that Bard knew about problems with the devices but did not pull them from the market.

Instead, the company allegedly covered up the issues and continued selling the faulty G2 and Recovery filters, putting hundreds of thousands of patients at risk for potentially fatal injuries.

Since IVC filters are placed in a vein that carries blood to the heart and lungs, metal filter pieces that break off can puncture that vein or end up embedded in those organs. The entire filter can also dislodge from the implant site and wreak havoc on the vascular system.

Here are some descriptions of injuries allegedly suffered by IVC filter patients:

Bard was ordered to pay $3.6 million to a woman injured by a broken IVC filter.

On March 30, 2018, a Phoenix jury found Bard 80 percent responsible for the injuries suffered by a woman who claimed an IVC filter fractured in her body. The company was ordered to pay $3.6 million in compensatory and punitive damages.

The case was the first bellwether for the MDL in Arizona against Bard. Bellwethers can help attorneys predict the outcomes of similar cases.

Lawsuits against IVC filter manufacturers accuse the companies of:

A lawsuit against Bard, Cook, or another IVC filter manufacturer could provide compensation for losses that include:

You may be eligible for an IVC filter lawsuit if:

Our attorneys have a strong track record of success against the medical device industry. We have the resources and experience needed to take on well-funded defendants such as C.R. Bard and Cook Medical.

Were you or a loved one injured by an IVC filter? Get in touch with us today and find out how a lawsuit can help. 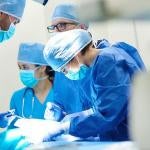