Lindsay Transportation Solutions' X-LITE guardrail has been linked to seven deaths in three states. Victims' families have filed lawsuits alleging that the guardrails were defectively designed and improperly installed.

The deaths are often grisly, with the guardrail acting as a spear that impales the passenger. Instead of telescoping—wherein the rails’ parts slide into each other, absorbing the impact of the crash—the X-LITE rails sometimes pierce the vehicle and its occupants.

The families of guardrail victims are taking action as well. Several have filed lawsuits against Lindsay Corp. alleging that the guardrail ends were defectively designed.

If you or a loved one were injured or killed by a defective guardrail, contact ClassAction.com today for a free, no-obligation legal consultation. You could be owed money for damages.

In June 2017, two families of guardrail victims in Tennessee filed lawsuits against Lindsay for deceptive advertising, defective design, and negligence. They also allege that the X-LITE guardrails were not installed properly, and that Lindsay “knew or should have known” about the risks associated with its products.

In the deaths of 21-year-old Lauren Beuttel and 18-year-old Jacob Davison (in the same accident), the Tennessee Department of Transportation’s (TDOT’s) communications director B.J. Doughty acknowledged that the X-LITE guardrails “did not perform as they were intended to.”

TDOT's communications director acknowledged that the guardrails “did not perform as they were intended to.”

Lauren Beuttel’s mother, Ladeana Gambill, told CBS News, “To think that she died senselessly—that’s why we want to bring awareness to this issue. So that other folks don’t lose their children in this manner.”

In a letter from TDOT commissioner Joan Schroer to the Federal Highway Administration’s (FHWA’s) Tennessee branch, TDOT acknowledged that in some crashes the guardrail ends failed to telescope as they should. The letter also noted that some unclear X-LITE instructions “may cause installation deficiencies.”

Steven Eimers—the father of 17-year-old guardrail victim Hannah Eimers—fought to get the X-LITE guardrails off Tennessee’s roads. “TDOT knew this was dangerous and that it wasn’t performing well,” he said.

“They should have removed it, but their policy was to leave it on the road, playing Russian roulette with people’s lives.”

One red flag in terms of the X-LITE guardrails’ safety is the fact that Lindsay owns the lab, Safe Technologies Inc., that conducted the safety tests that earned X-LITE its Federal Highway Administration (FHWA) approval in 2011.

Lindsay says it informed the FHWA that it owned Safe Technologies. The company released a statement in April, which reads, “The X-LITE guardrail terminal successfully passed crash and safety tests in accordance with federal standards and criteria, and remains qualified for use on America’s roadways.”

“FHWA’s oversight of the [crash testing] process does not address potential threats to independence.”

A 2016 study by the Government Accountability Office (GAO), “More Robust DOT Oversight of Guardrails and Other Roadside Hardware Could Further Enhance Safety,” concluded that “FHWA’s oversight of the [crash testing] process does not address potential threats to independence.”

Should these guardrail lawsuits make it to court, that GAO study will not reflect well on Lindsay’s safety tests.

If you or a loved one were injured in an accident by a defectively designed guardrail (one that failed to telescope as intended), such as the X-LITE, you could be eligible for a guardrail lawsuit.

A guardrail lawsuit may provide compensation for the following:

Get a Free Legal Consultation

Only an attorney can determine if you have a case against guardrail manufacturers like Lindsay. Our firm has a strong track record of taking on large companies; to date, we have won more than $4 billion for clients. We will not hesitate to take your case to trial if that means getting the best results.

Contact us today to learn your rights and explore your options. Don’t wait; you could be owed money.

Free Case Review
Were you or a loved one injured by a defective guardrail? 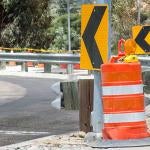 Injured by an X-LITE guardrail?