Description: The Telephone Consumer Protection Act (TCPA) was enacted in 1991 to defend people from unwanted calls and text messages. The TCPA later spawned a National Do Not Call Registry, in which consumers can enroll to prevent solicitors from contacting them. But TCPA violations are extremely common and often result in multimillion-dollar lawsuit settlements by companies like Capital One, Life Time Fitness, and Walgreen, among others.

The Telephone Consumer Protection Act (TCPA) was enacted in 1991 to defend people from unwanted solicitations such as robocalls, autodials, telemarketers, and invasive text messages. It was challenged twice in 1995 (Moser v. FCC and Destination Ventures Ltd. v. FCC), but both courts upheld the act and deemed it constitutional.

Telemarketers must give recipients the opportunity to opt out from future calls.

The TCPA later spawned a National Do Not Call Registry, in which consumers can enroll to prevent solicitors from contacting them. As of 2007, companies and solicitors must honor a consumer’s Do Not Call registration permanently. (The term used to be five years.)

Other TCPA provisions prevent solicitors from calling before 8am or after 9pm, from using autodialers, and from using artificial recordings. As per the TCPA, solicitors must provide their name, phone number, address, and state on whose behalf they are calling. They must also give recipients the opportunity to opt out from future calls. If they violate these rules, solicitors open themselves up to robocall lawsuits.

The TCPA specifically prohibits companies from using autodialers to call people. An autodialer is any type of equipment or computer software that dials phone numbers without human intervention. Calls made using autodialers frequently result in hang-ups or lengthy periods of “dead air” before a live person comes on the line.

If you have been victimized by telemarketers or debt collectors, contact us today to learn your rights and options under the TCPA.

A Brief History of the TCPA

Because it involves telecommunications, the TCPA has gone through several sizable changes since its ratification 25 years ago. The act and its amendments have also been challenged repeatedly, but (to the relief of consumers) always upheld by courts.

Here are some of the TCPA’s many amendments and milestones:

TCPA Rules with Regard to Political Robocalls

The FCC recently issued a reminder that political campaigns are also subject to TCPA provisions, albeit with some exceptions.

Most notably, robocalls, autodials, and prerecorded messages from political campaigns are permitted to landlines, provided the caller identifies him/herself at the start of the call and gives the recipient the option to opt out from future calls.

However, these kinds of calls and messages are prohibited for cellphones and other mobile devices, with three exceptions:

(1) Calls made for emergency purposes

The FCC also emphasized to political robocallers that failure to comply with the TCPA “may subject them to enforcement action, including monetary forfeitures as high as $16,000 per violation.”

While the entire United States is subject to the rules outlined in the TCPA and related acts, many states have legislated even stricter robocall regulations.

For example, in Indiana, all prerecorded robocalls are prohibited unless a live operator first gets permission to play the recorded message.

Indiana is one of 14 states that restrict autodials and robocalls by politicians and political campaigns. Wyoming and Arkansas have the most stringent laws, forbidding these calls entirely. Meanwhile, states like North Carolina, Minnesota, Montana, and North Dakota have laws like Indiana’s, requiring verbal consent before playing a prerecorded message.

Check your own state’s robocall regulations to determine if you may have been a victim of unlawful solicitation. If so, you may be owed money.

As we all know, countless companies ignore the TCPA and Do Not Call Registry. They still engage in robocalling, autodialing, and other unlawful practices, to the dismay of consumers. As a result, people have brought myriad lawsuits against these companies, in some cases collecting thousands or even millions of dollars.

If you receive a robocall from a telemarketer on your cellphone, and you never gave them express written consent (in the form of a written or electronic signature) to contact you, this too is a violation of the TCPA. If you told a telemarketer or debt collector that they had the wrong number, and they continue to contact you, this is a violation as well.

Robocallers must provide their identities, phone numbers, and addresses.

Furthermore, regardless of whether a telemarketer talks to the recipient or leaves a voicemail, he or she must provide an option for the recipient to opt out of the calls. When answering a call, this option must be given at the beginning of the message, and when leaving voicemails, telemarketers must provide toll-free call-back numbers so that recipients can add their phone numbers to a do-not-call list.

Robocallers must also provide their identities, phone numbers, and addresses. If they violate any of the above, they may be subject to litigation.

The most famous TCPA settlement occurred in August 2014, when Capital One (and three collection agencies) agreed to pay $75.5 million to end a class action suit that arose from Capital One’s use of an autodialer to call consumers’ cellphones.

A few months later, Wells Fargo settled a similar suit for $14.5 million after it used autodialers and prerecorded messages to try and collect on consumer credit card accounts between 2009 and 2014.

Other major TCPA-related settlements include the following:

In June 2017, U.S. District Judge Sue Myerscough ordered Dish Network to pay a $280 million penalty to the federal government and four states. The government's investigation determined that Dish had made 55 million unlawful calls to consumers.

If you receive unwanted calls or messages from solicitors, our attorneys may be able to help you file a claim for compensation. Consult our handy TCPA flowchart to determine if you may have a case.

We assist people who are wrongly contacted by a company looking for a different person, as well as those who were contacted after requesting that a company stop calling. For each unwanted call, a consumer may be able to collect between $500 and $1,500.

If you have questions about your rights under the TCPA, contact us today for a free, no-obligation consultation.

Free Case Review
Are you receiving unwanted calls or messages? 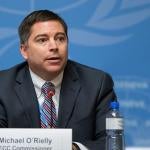 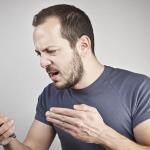 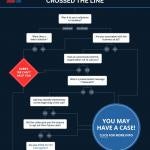 Did That Telemarketer Cross The Line?

Have you been receiving unwanted robocalls?